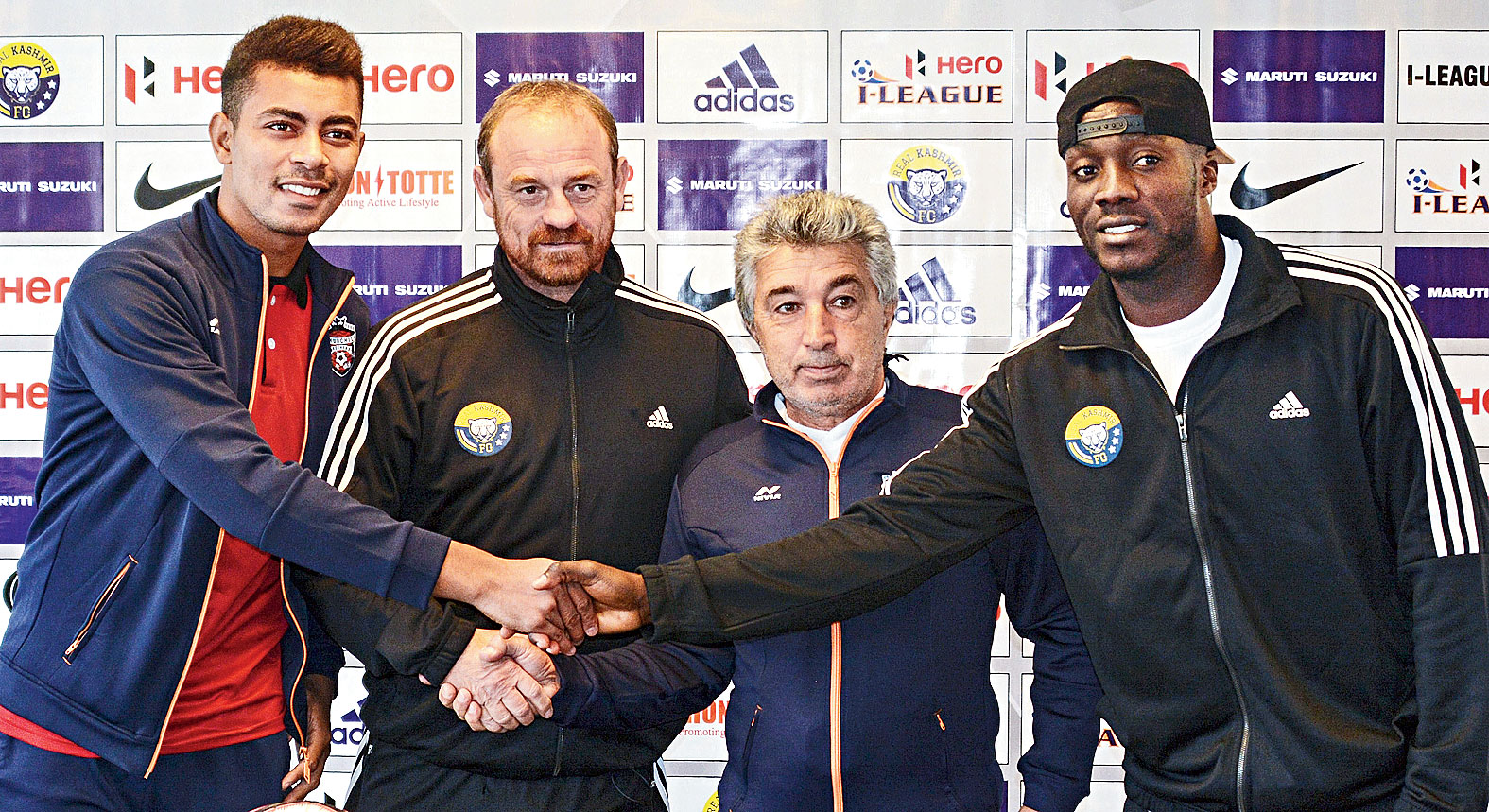 The I-League heads to the Kashmir valley when a confident Real Kashmir, who made this possible, host Churchill Brothers in their very first game at home in the competition, at the TRC turf ground on Tuesday.

In their opener, Real Kashmir were helped by a strike from Ivorian striker Gnohere Krizo that helped them stun defending champions Minerva Punjab FC in an away encounter.

Churchill Brothers, on the other hand, have done well to remain unbeaten in their two games so far, played at two different corners of the country. They drew goalless against Minerva Punjab and then had a fighting 2-2 draw against table-toppers Chennai City FC, which should give them confidence going into the game.

David Robertson, Real Kashmir’s Scottish coach, knows that his side will still have to improve on their display against Minerva Punjab. “It’s going to be another day in history as we are playing our first home match. My team is excited as well as focused,” the coach said on the eve of the match.

Speaking on the conditions a couple of days after the valley witnessed the season’s first snowfall, Robertson said: “It will be difficult for both teams because of the weather conditions. Like Churchill, we also have players from all over the country.”

The hosts looked solid in defence with their Nigerian captain Loveday Enyinnaya, the coach’s son Mason Robertson, Zambian Aaron Katebe and Dharamaraj Ravanan bringing in a lot of composure and experience. Krizo is also a constant threat inside the opponents’ penalty box with his height but will need some support as well at some stage.

Robertson has not fielded the likes of Nadong Bhutia and Ritwik Kumar Das upfront. The duo scored eight goals between them in the team’s successful second division campaign last year and the Scotsman might look to get them in at some stage to support Krizo.