Amid the spotlight on Chhetri, the Indian defence is a cause for concern 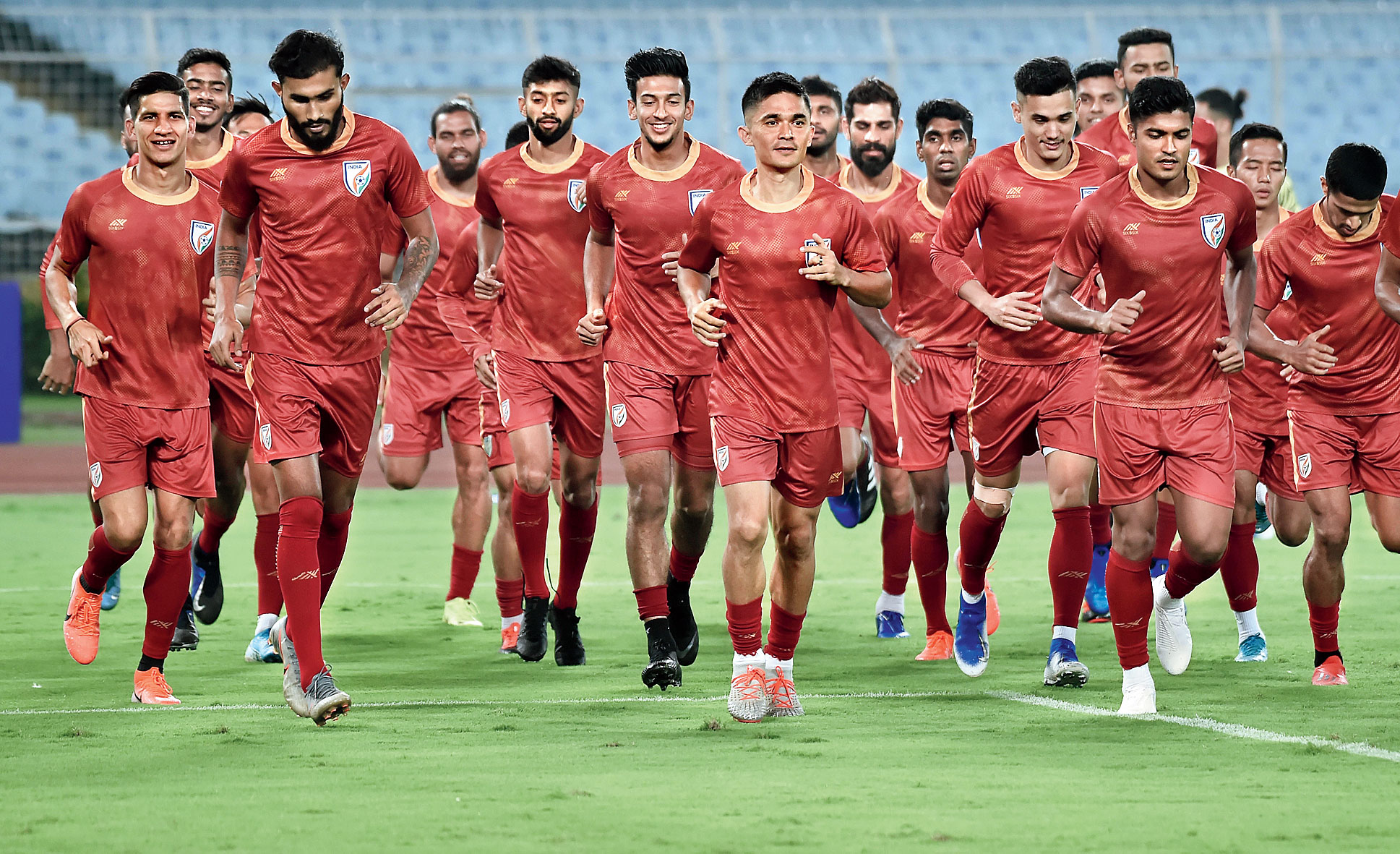 The burden of expectations has its positives and negatives. It gives you the impetus to do better, and it can also bog you down.

Thanks to the Indian football team’s stupendous performance against Qatar last month, Sunil Chhetri and Co. are now waking up to play with the tag “favourites”.

On Tuesday evening, when Chhetri and teammates take on Bangladesh in a Group E Fifa World Cup qualifier at the Salt Lake Stadium, they will be expected to win. And win with a handsome margin.

“We know that we have somehow waken up everyone with our recent performances. We have shown that on our day we can play against anyone.

“In the first two games, we were not favourites. But now the pressure is on us. We have to win this game so that we have a chance to keep dreaming,” India head coach Igor Stimac put it very aptly at the pre-match media conference on Monday.

The last time India played a competitive match at the Salt Lake Stadium — an AFC Cup qualifier in 2006 — they lost to Saudi Arabia 0-3, but promised something different. It was Bob Houghton’s first match as national coach and under him India went on to play the Asian Cup four-and-a-half years later.

Chhetri was still trying to find his feet in the national team and most of the members of the present team did not even start playing the game. On Tuesday, under Stimac, Chhetri will be the man to watch out for even though new stars like Udanta Singh, Sahal Abdul Samad and Ashique Kuruniyan will also jostle to find a place under the sun.

It’s not just Stimac, even Bangladesh coach Jamie Day and captain Jamal Bhuyan were bombarded with questions about the C-factor. “He (Chhetri) is a class player,” said Jamie.

“It’s Chhetri who has the ability to make the difference between the two sides,” was Jamal’s view.Amid the spotlight on Chhetri, the Indian defence is a cause for concern. Sandesh Jhingan is ruled out for the season with an ACL tear and that is a huge blow.

It’s not just the Bangladesh match, India are slated to play Afghanistan and Oman away on November 14 and 19 and those two matches will be very vital to India’s progress. Anas Edathodika, who has been very impressive in the practice sessions, may partner Adil Khan at the heart of the defence.

“We are thinking on those lines,” the Croat said.Rahul Bheke has recovered from groin injury and is likely to start. But then he did not get any match-time during the practice tie against NorthEast United Football Club.

Mandar Rao Dessai may play as left-back since he is good going forward. After all, Stimac is looking for three points.

Former India captain Rennedy Singh, though, believes Jhingan’s absence will be a test of the team’s bench strength. “Whoever coach decides to give a start, he has to play the best game of his life. If it’s Anas, then it’s a good opportunity for him, Rennedy told The Telegraph.

Ishfaq Ahmed, assistant coach of Kerala Blasters for whom Jhingan plays, doubted Anas’s match fitness. “He has the experience, but is he match-fit? I am not sure.”

Stimac, meanwhile, is not taking Bangladesh lightly. “Don’t make it hard for us by underestimating Bangladesh. They have come here to win,” Stimac.

Stimac has a valid point.

In matches against underdogs you are expected to win. But if you lose, daggers will be drawn and the team will be vilified.

That’s how it is.