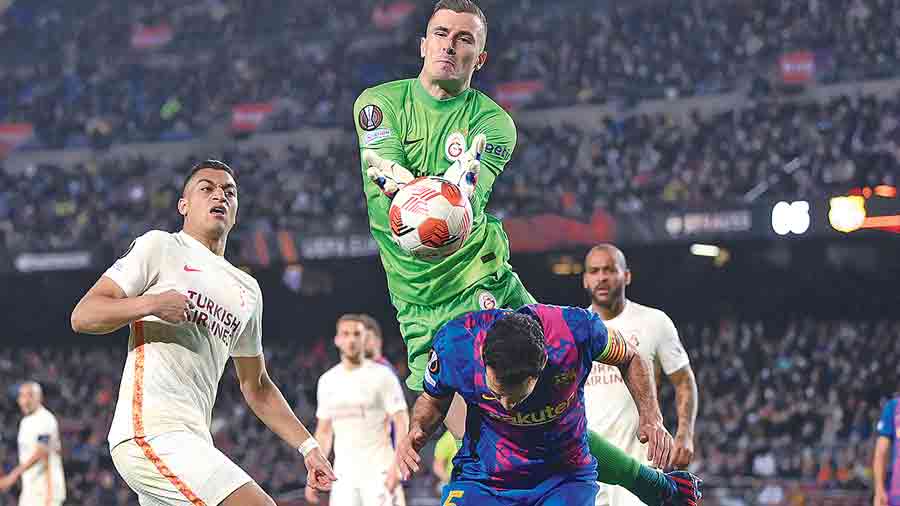 Barcelona were held to a 0-0 home draw by Galatasaray in the first leg of their Europa League last-16 tie on Thursday as Scottish side Rangers kept their momentum in the competition going with a 3-0 win over Red Star Belgrade.

Barca bombarded Galatasaray with 14 goal attempts against only three from the Turkish side, who were indebted to 23-year-old Spanish goalkeeper Inaki Pena for several fine saves.

Galatasaray also made good chances with winger Kerem Akturkoglu a constant threat to the Barca defence with his pace and range of skills.

In Glasgow, Rangers scored twice in the first 15 minutes against Red Star through James Tavernier and Alfredo Morelos. Leon Balogun added the third in the second half.

Following their shock win over Borussia Dortmund in the last round, Rangers will take a three-goal advantage into the second leg after Red Star forward Aleksandar Katai had two efforts ruled out by VAR and missed a penalty late in the first half.