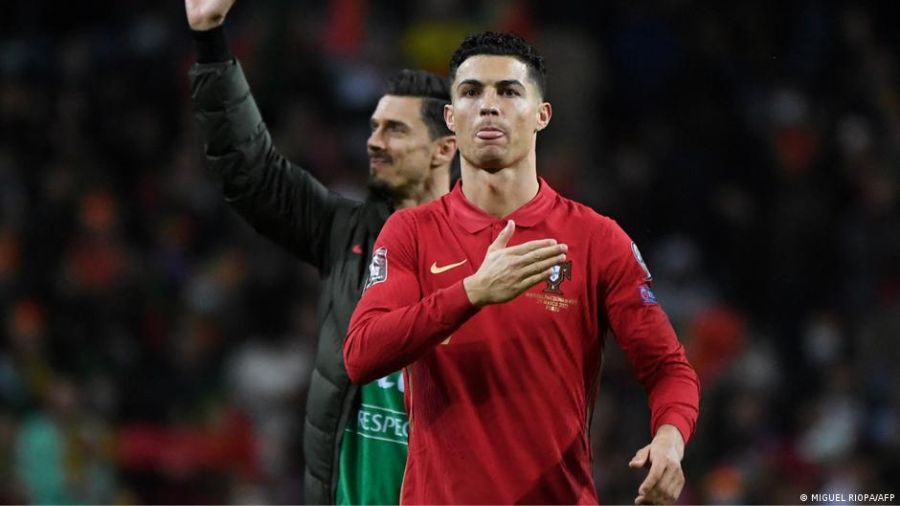 As well as playing for Manchester United, Cristiano Ronaldo has captained his national team of Portugal
Deutsche Welle
Deutsche Welle   |   Published 12.06.22, 07:53 AM

Manchester United and Portugal player Cristiano Ronaldo was accused of raping a woman in a Las Vegas hotel room in 2009. A $25 million lawsuit has been thrown out and the lawyer behind the claim has been castigated.

A US judge has dismissed a $25 million (€23.77 million) lawsuit against Manchester United footballer Cristiano Ronaldo linked to a 2009 rape allegation.

Kathryn Mayorga filed a civil lawsuit in September 2018 accusing Ronaldo of raping her in a Las Vegas hotel penthouse suite in 2009, then paying her $375,000 in hush money.

The lawsuit also accused the Portuguese footballer or his team of breaking a 2010 confidentiality clause in their financial settlement over the alleged sexual assault.

Ronaldo had strongly denied the accusations. His legal team insisted the pair had consensual sex and that the subsequent leak of their settlement was due to a hacking incident.

What did the judge rule?

Judge Jennifer Dorsey from the US Court District of Nevada threw out the case and said Mayorga's attorney, Leslie Mark Stovall, was responsible for "bad-faith conduct" over the lawsuit.

In a 42-page ruling released Friday but only picked up by US media on Saturday, Dorsey accused Stovall of "abuses and flagrant circumvention of the proper litigation process."

She criticized Stovall's use of leaked and stolen documents detailing attorney-client discussions between Ronaldo and his lawyers.

Dorsey said the lawyer's actions had tainted the case beyond redemption and that Ronaldo had been harmed.

"I find that the procurement and continued use of these documents was bad faith, and simply disqualifying Stovall will not cure the prejudice to Ronaldo because the misappropriated documents and their confidential contents have been woven into the very fabric of (plaintiff Kathryn) Mayorga's claims,'' the ruling said. "Harsh sanctions are merited."

The judge said that as a result, "Mayorga loses her opportunity to pursue this case."

What were the details of the lawsuit?

Mayorga's lawsuit said she met Ronaldo at a nightclub in Las Vegas in June 2009.

It says she went with the soccer star and other people to his hotel suite, where she alleged he assaulted her in a bedroom.

Mayorga's attorney also argued that his client was so pressured by Ronaldo's attorneys and representatives that she was in no condition to consent to dropping her criminal complaint and accepting the hush money.

Her lawyer had claimed additional damages based on allegations that Ronaldo or his associates violated a 2010 confidentiality agreement by letting reports about the financial settlement appear in European news outlets.

Ronaldo's legal team blamed the reports on electronic data leaks of documents hacked from law firms and other entities in Europe that were subsequently put up for sale.

The footballer's lawyer alleged also that information was altered or fabricated.

Mayorga had gone to the police shortly after their meeting, but the investigation was dropped because she neither identified her alleged attacker by name nor said where the incident took place, police and prosecutors said.

Ronaldo, now 37, is one of the most highly paid and recognizable sports stars in the world.

Before returning to Manchester United, he played for Real Madrid and Juventus and has captained the Portuguese national team.

He is a five-time winner of the Ballon d'Or award for the world's best soccer player.

Coach the coach to tame harassment