Baby steps to dream run for Leipzig in Champions League 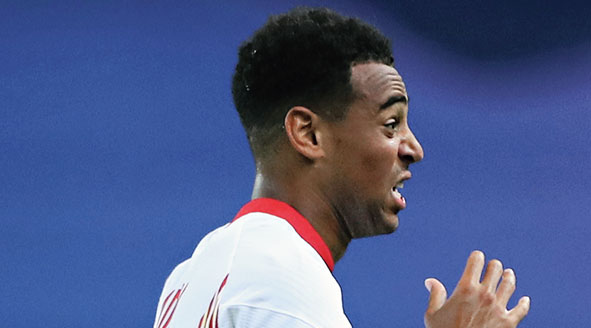 There is little in modern football that can truly be described as a fairytale romance but RB Leipzig’s journey from Germany’s regional league system to the last four of the Champions League in just 11 years surely gets close.

The 2-1 victory over Atletico Madrid at the Estadio Jose Alvalade on Thursday sent Leipzig, from the former East Germany, into the semi-finals where they will face Paris St Germain.

Not even the most ambitious of those involved in the creation of the club in 2009 could have imagined their team being 90 minutes away from the biggest game in European club football.

The fact that the rapid rise has been bankrolled by Austrian energy drink company Red Bull, after its billionaire owner Dietrich Mateschitz found a way to get around the Bundesliga’s restrictions on companies owning a majority stake in clubs, has left Leipzig unloved by many in German football.

But their success is about much more than the finances of Mateschitz, who took over amateur club SSV Markranstaedt in 2009 and turned them into RasenBallsport Leipzig — literally Lawn Ball Leipzig. The name allowed them to use the company’s RB initials.

The 88th minute winning goal came from American substitute Tyler Adams, a player who started out in the Red Bull academy in New York as a 12-year-old before coming through the ranks.

While the critics may scoff at the idea that Leipzig are an underdog taking on the powerhouses in the sport, it is worth noting that their most expensive purchase on the field against Atletico was midfielder Kevin Kampl, who cost 20 million euros.

That is a fraction of the 126 million euros their Spanish opponents paid Benfica for Portuguese forward Joao Felix last year — the 20-year-old started on the bench before getting the 71st minute equaliser on Thursday.

Indeed, Red Bull’s strategy is essentially to find talent, develop it and sell it on.

Naby Keita, now with Liverpool, is a perfect example — discovered in the French second division by RB Salzburg, he moved to the sister club in Leipzig for around 20 million euros before being sold to the English champions for a reported 50-million pound fee two years later.

Thursday’s victory was the result of another superb tactical display by Leipzig’s 33-year-old coach Julian Nagelsmann. The youngest coach to reach the last four of the Champions League, Nagelsmann is already being touted to be the next Juergen Klopp.

Leipzig’s traditional two clubs, like many teams from the former communist East, had struggled to adjust in the post-communist reality of a united Germany, leaving a generation of fans across the region with little to cheer for.

Now, in Saxony at least, they finally have a team they can be proud of.