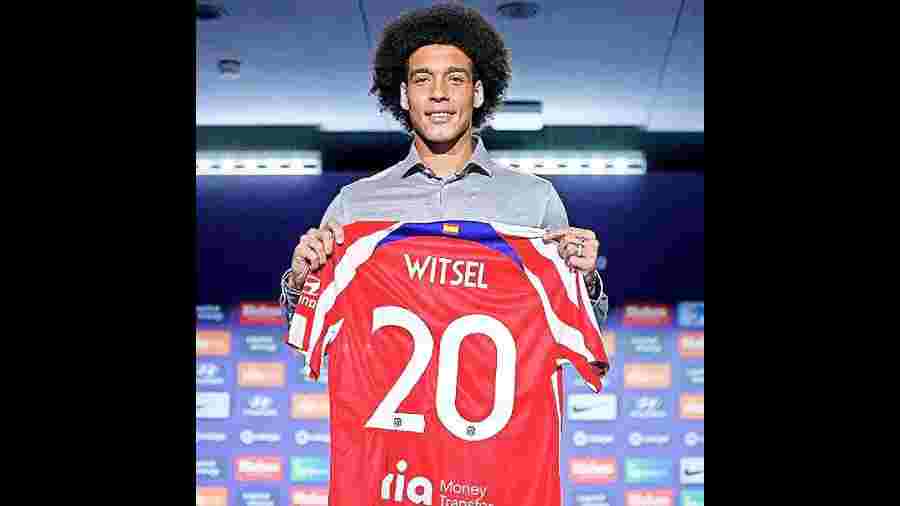 Central midfielder Axel Witsel has had a significant contribution to Belgium’s rise as one of the top footballing nations.  Some critics claim the 33-year-old’s has become a bit less effective since he suffered an Achilles tendon injury in early 2021. But none can deny Witsel’s wealth of experience, which he brings to Atletico Madrid.

And that could be crucial to the Spanish club’s fortunes in the coming season. On his part, Witsel, after his four-year association with Borussia Dortmund, is quite excited about representing Atletico, who have won the La Liga 11 times. “I had decided to come to Atleti because it’s a top club for me. It’s one of the best clubs in the world. “And you know, I really wanted to stay at the top level. That’s why I decided to come here,” Witsel, who was officially unveiled by Atletico last Wednesday, said in a statement shared by La Liga.

Witsel also spoke about his connection with and admiration for Atletico coach Diego Simeone. “I had spoken to him (Simeone) a few weeks ago and there was straightaway a good feeling as far as both of us were concerned,” he said. “He told me that he remembers me since 2014 and following our discussions, I could gauge that he wanted me to be in the team. And I think this is really very important. “He had said, ‘You have to come here as it’s a top club and also a nice city to live in with your family’. I was already clear in my head then.” Recalling his past experience of playing against Atletico at the Metropolitano during the 2018 Uefa Champions League, Witsel said:  “I do remember the crazy atmosphere we had here when we came with Dortmund.” He added “I feel good as my role will be the same as with the national team (Belgium) — a defensive pivot, holding the balance of the team and cutting off counterattacks.”