Rohit Sharma, Rishabh Pant, Shubman Gill, Prithvi Shaw and Navdeep Saini are the ones who were reportedly found to be in breach of Covid protocols 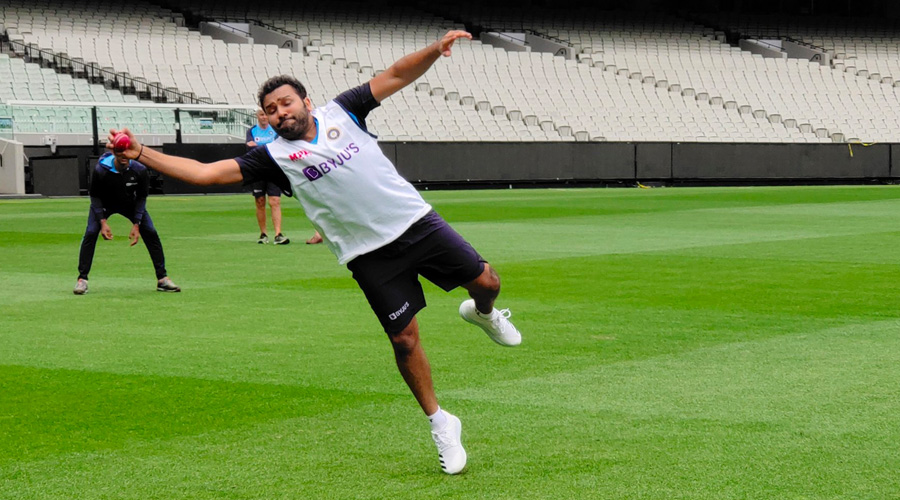 Five Indian players, including stand-in vice-captain Rohit Sharma, have been placed in isolation pending investigation into a video posted by a fan on Twitter that showed them dining inside a Chinese restaurant in Melbourne on New Year’s Day.

Rishabh Pant, Shubman Gill, Prithvi Shaw and Navdeep Saini are the other cricketers who were reportedly found to be in breach of Covid-19 protocols. The players will be allowed to continue training but not with the rest of the group.

Cricket Australia, in a statement, said the action was taken in consultation with the Board of Control for Cricket in India (BCCI) but didn’t mention if it was a breach of bio-security protocols to eat at an indoor venue outside the team hotel.

Neither the BCCI nor the team management has reacted to the statement but sources told The Telegraph that they weren’t reading much into it. The players had nets with their teammates at the Melbourne Cricket Ground and it was unlikely that there would be any change in training methods.

“The matter is being blown out of proportion. It could be a means to demoralise the Indian players with the series tantalisingly levelled at 1-1. The players are staying focused as they firmly believe that there has been no breach,” a source said.

“The players are aware of the strict restrictions in place. They realise it’s for their safety and well-being. It would be naive to imagine that the players would have acted in such an unprofessional manner,” the source maintained. 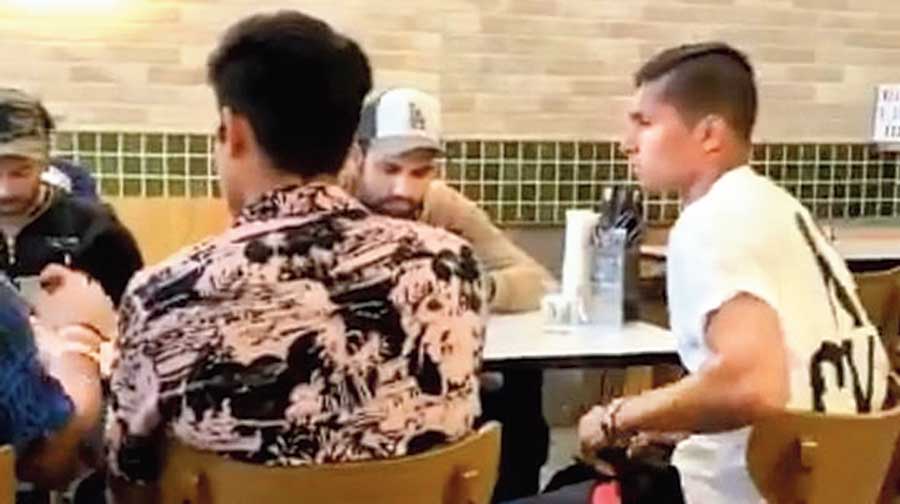 A grab of the video posted by the fan on Twitter showing Navdeep Saini, Shubman Gill and Rohit Sharma at a restaurant in Melbourne

The Indians have stayed put in Melbourne since the second Test owing to the recent Covid-19 outbreak in Sydney and the consequent closing of borders between New South Wales and other states. They are scheduled to travel to Sydney on Monday with the third Test beginning on Thursday.

A Twitter post by an Indian fan claimed he had spotted the five India players dining inside Secret Kitchen, a Chinese noodle and BBQ restaurant, at Chadstone Shopping Centre. He said he paid the A$118.69 bill for the cricketers’ meal. An initial tweet claimed that Pant hugged the fan but that tweet was later retracted.

“The BCCI and CA are investigating the matter and seeking to determine whether the outing constitutes a breach of biosecurity protocols,” CA stated in a release.

“In the interim, on the advice of the Australian and Indian medical teams, the aforementioned players have been placed in isolation as a precaution. This will include separating the group of players from the broader Indian and Australian squads when travelling and at the training venue.

“Players will be permitted to train in accordance with the strict protocols that have been put in place to ensure the ongoing safety of all members of the Indian and Australian squads. Similar measures were taken during the BBL this season after it was determined two Brisbane Heat players failed to comply with tournament bio-security protocols.”

As per the protocols, players are required to eat only at outdoor venues in public places. They are also allowed a walk around the cities where they are playing. It is unclear if the BCCI has also agreed to these restrictions.

Rohit, who served his 14-day quarantine period in Sydney, joined the team on December 30, the day after India completed their series-levelling victory at the MCG. He was named vice-captain after a conference call that featured the team management and Chetan Sharma, the newly appointed chairman of the selection committee.