Advertisement
Home / Sports / FIFA World Cup 2022: What to know about Qatar before you go

FIFA World Cup 2022: What to know about Qatar before you go

From avoiding premarital sex to not pointing, there are a few things you should be aware of before traveling to Doha 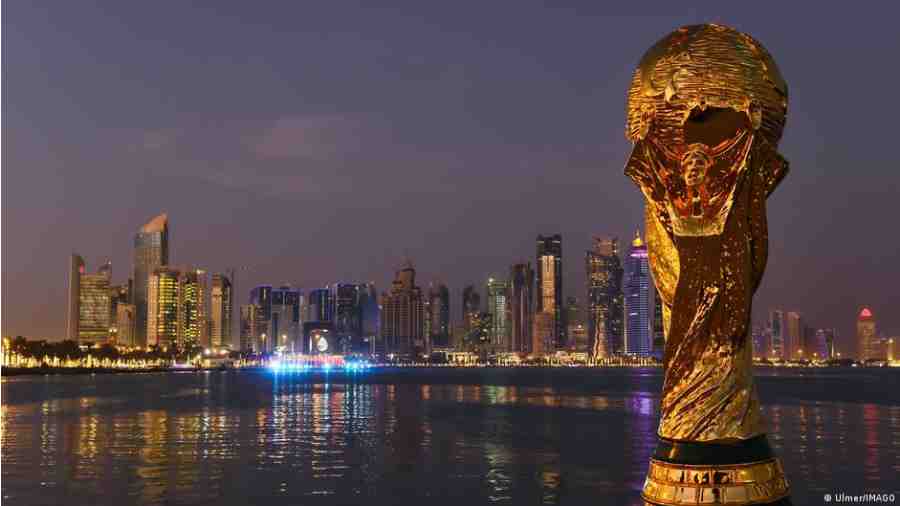 From prison for premarital sex to not pointing your finger, there are a few things you should be aware of before traveling to Qatar for the World Cup. The country's poor human rights record is also in the spotlight.

Qatar has been heavily criticized for its poor human rights record. Around 2 million migrant workers live there, most of whom come from less-wealthy countries such as India, Bangladesh or Nepal. They make up about 95% of the working population and their labor and living conditions are often catastrophic.

Many are paid poorly, have to work longer and harder than they initially agreed to and are poorly housed. In some cases their passports are confiscated and they cannot leave the country. In February 2021, Britain's The Guardian newspaper said some 6,500 migrant workers had died since Qatar won the bid in 2010 to host the 2022 World Cup. The football tournament will take place from November 20 to December 18.

These grim facts are, however, unlikely to deter soccer fans from traveling to the emirate for the event. As with any other trip, once the decision to go has been made, practical questions arise. Since Qatar is an Islamic country ruled as an absolute monarchy, there are a few additional rules to consider.

Entry: What are the COVID-19 rules in Qatar?

Those over the age of 6 who wish to enter the country must present a PCR test that is no more than 48 hours old, or a rapid antigen test taken no more than 24 hours prior. Self-administered tests will not be accepted. Proof of vaccination is not required, but at least three days prior to entry one must complete a form, which can be uploaded online or presented when arriving in the country.

Anyone entering must download the Qatari coronavirus tracking app called Ehteraz on their phone. The app is checked when entering museums, hotels, restaurants, shopping centers and other similar venues. Face masks must only be worn while on public transportation or in health care facilities.

Transportation: What's the best way to get around?

Traveling by car is the best way to get around, whether taking a cab, hiring a driver or renting a car. Be sure to check the car rental requirements — tourists can only drive for the first seven days after entering the country. Anyone wanting to rent a car for longer must have an international driver's license, which allows them to drive in Qatar for up to three months.

In the event of an accident, you must immediately call the police and not move away from the car involved. The German Foreign Office advises cautious driving and points out that road traffic is characterized by high speeds and often risky driving behavior, which results in many accidents.

For those who prefer to avoid the stress of car rental, a metro with three lines connects some points of interest, like the airport and the city center. There are also buses, however, the regular bus lines should be avoided as they are unreliable, according to Germany's Foreign Office.

Going out: Can I drink alcohol?

For many soccer fans, this is one of the most important questions. Alcohol consumption and drunkenness are forbidden in public. Both are difficult anyway, as you aren't allowed to bring alcohol into the country, nor can you buy it in stores. Those who want to drink alcohol can do so in hotels that have a license to serve alcohol. The drinking age is 21 and it's also an expensive endeavor. A beer can cost the equivalent of €10 to 15 ($10-15).

Yet this year's World Cup will be an exception to drinking laws. Alcohol will be served on the stadium grounds before and after the game. Inside the stadium, on the other hand, only non-alcoholic beer will be served. Only those who pay for the very expensive seats in a box will be served alcohol during the game. There will also be a FIFA fan zone where beer can be consumed after 6:30 p.m.

Shopping: When and where?

With Qatar's daytime temperatures averaging between 24 and 30 degrees Celsius (75-89 Fahrenheit) during the event, shopping malls are the ideal refuge. They are air-conditioned and usually open from 9 a.m. to 9 p.m., though it's important to consider that in Qatar Sunday is a normal working day and most shops and stores are closed on Fridays. Many stores reopen later in the day on Fridays, including restaurants. Only government offices remain closed.

Dress code: What do I need to keep in mind when choosing clothes?

Shoulders should be covered, too, and tight or transparent clothing should be avoided in public. If you want to swim at a public beach, you should definitely take a look at the respective dress code, as bikinis are typically not allowed. In hotel pools, however, women can usually feel free to wear their bikinis.

Communication: What gestures should I avoid?

In Qatar, pointing a finger at someone is considered extremely rude and should therefore be avoided. The same applies to waving at a person with your index finger. If you wave at a waiter, you most likely won't get the good service you were expecting, so avoid that too as it's also considered rude.

If everything goes well on vacation and you want to give a thumbs-up, you might find that things go downhill quickly — in Qatar, a thumbs-up is akin to giving someone the middle finger in Western countries.

Let's start with the greeting. Women might experience a man turning down their offer for a handshake. This is not meant to be personal: religious law forbids unmarried men and women from touching. This should not be judged as disrespectful, but simply as part of the culture.

Homosexual acts are forbidden in Qatar and can also be punished with up to seven years in prison. However, the emir of Qatar, Sheikh Tamim bin Hamad Al Thani, had stated that all people were welcome at the World Cup, including homosexuals.

This article was translated from German from Deutsche Welle Newsfeed