Euro 2020: Spain and Sweden miss chances after stalemate in Seville 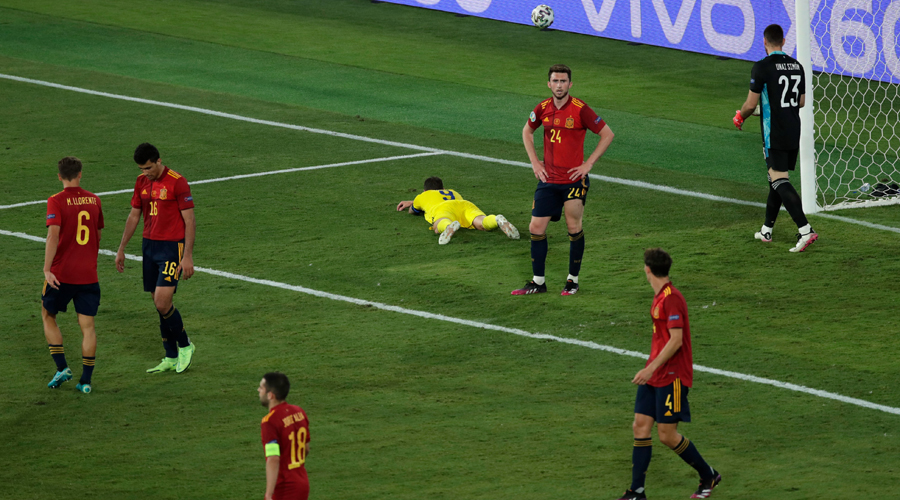 After 96 minutes, the match between Spain and Sweden ended in a goalless draw in Seville. Sweden resisted a dominant Spain side to clinch a point in an entertaining contest in Group E.

In a one-sided first half, Sweden were forced to graft from the start as a relentless Spain patiently probed for a chink in their armour.

Dani Olmo produced the Blågult's first real test, his glanced effort from a precise Koke cross requiring a superb reaction save from Robin Olsen. Koke himself then twice went close to his first international goal, lancing off target on both occasions, before Álvaro Morata dragged wide the best chance of the opening half, reports uefa.com.

Despite Spain's dominance, there were intermittent threats at the other end, particularly when Marcos Llorente diverted an Alexander Isak shot onto a post and into goalkeeper Unai Simón's arms. The quick-footed Isak then found Marcus Berg in the second half, but the veteran striker could only scoop frustratingly over, much to Spain's relief.