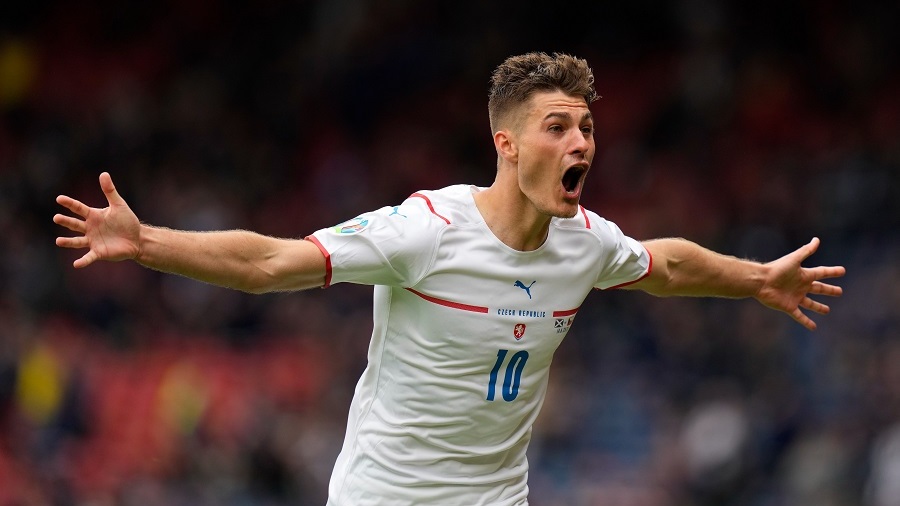 All eyes were on Spain’s Group E clash versus Sweden, but the real showstopper of Monday’s Euro 2020 action was Czech Republic's Patrick Schick, who scored a stunner to spoil Scotland's return to international football.

La Roja had to settle for a goalless draw despite dominating in the first half, making as many as 419 passes, the most by any team in the first 45 minutes in a European Championship match. Luis Enrique’s men lost their touch in the second half, and Alexander Isak had come threateningly close to swinging the match in favour of the Swedes.

Enrique would have hoped for a winning start, especially when the Spanish team is without the services of captain Sergio Busuqets and defender Digeo Llorente.

Alvaro Morata failed to convert in the first half, but Enrique has backed the Juventus striker. “The pitch also did not help and the players have complained about it. I have heard the whistles for Morata but then he was applauded off. He does a lot for the team and he is used to these situations so I do not think it will affect him,” he told El Chiriguito TV. Spain next face Poland on June 20.

With an all-round effort, Inter Milan defender Milan Skriniar ensured Slovakia beat 10-man Poland 2-1 in their Euro opener at Saint Petersburg. The run of play was never in favour of Paulo Sousa's men as goalkeeper Wojciech Szczesny gifted Slovakia an early lead through an own goal in the 18th minute. As the second half resumed, Karol Linetty equalised but it wasn't Poland's day as midfielder Grzegorz Krychowiak was handed a second yellow card in the 62nd minute.

The momentum completely shifted towards Slovakia, as Skriniar scored in the 69th minute, proving his worth in both the boxes. Skriniar kept Robert Lewandowski from scoring and maintained a high pass success rate of 93.8%.

“Milan Skriniar put in a great performance today. But I think the whole team played very well. I am really happy they managed to neutralise a great player like Lewandowski,” Slovakia coach Stefan Tarkovic said after the match.

Patrik Schick spotted the goalkeeper off his line, launched a looping shot from just inside the halfway line, and gave his team a two-goal lead. Schick scored both goals for the Czech Republic in a 2-0 victory over Scotland at the European Championship. But it was his second goal that will be talked about for years to come.

Patrik Schick’s PHENOMENAL long-range goal against Scotland — we’re going to be seeing this a LOT!

Scotland lost possession when a shot toward the Czech goal was blocked and the ball fell to Schick. The Bayer Leverkusen forward looked up and spotted opposing goalkeeper David Marshall way off his line before hitting a long, curling shot that bounced into the goal.

“There was a deflected ball. I took a look (at the goalkeeper) to see where he was standing and he was pretty high. I checked it again and fired,” Schick said after the match.

UEFA said it was the longest distance for a goal in the tournament at 49.7 meters. The previous record of 38.6 meters came from Germany midfielder Torsten Frings at Euro 2004.

“It's a fairy tale to score such a goal,” Czech Republic midfielder Tom Soucek said. “It's fantastic how he hit it.”

Schick had earlier given the Czechs the lead in the 42nd minute with a powerful header after muscling himself between two Scotland defenders. Schick has now scored 13 goals from 27 appearances for Czech Republic, a rate of about a goal every other game.