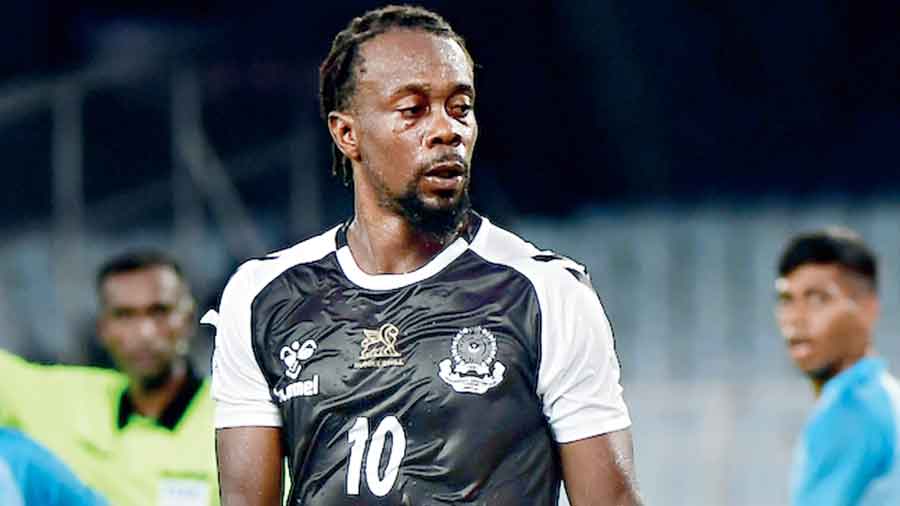 Mohammedan Sporting are depending on their strike duo of Marcus Joseph and Azharuddin Mallick when they face Gokulam Kerala FC in the first quarter final of the 130th edition of the Durand Cup at the Salt Lake Stadium on Thursday.

The duo have already scored three goals each in three matches so far in the tournament.

Marcus believes unity is the strength of Mohammedan Sporting. “The recipe of our success so far in the tournament has been unity and togetherness. Whatever we do, we do it as a group and we will play out of our skins to reach the last-four stage of the meet,” Marcus told The Telegraph.

“The club has a huge fan following, so we want to make the supporters happy,” he added. Marcus was also the top scorer in the tournament’s last edition with 11 goals.

A Cristiano Ronaldo fan, Azharuddin is ready to take up the challenge of dismantling Kerala FC’s defence. “They are a strong side. The match is obviously going to be tough, but we are ready for them. If everything goes according to plan, we’ll get the desired result,” Azharuddin said.

A thousand or so fans will witness the game and Mohammedan Sporting coach Andrey Chernyshov believes that would surely boost his players. “For a long time, we played without fans. I have heard a lot about our amazing fans and finally, they will come to support us.”