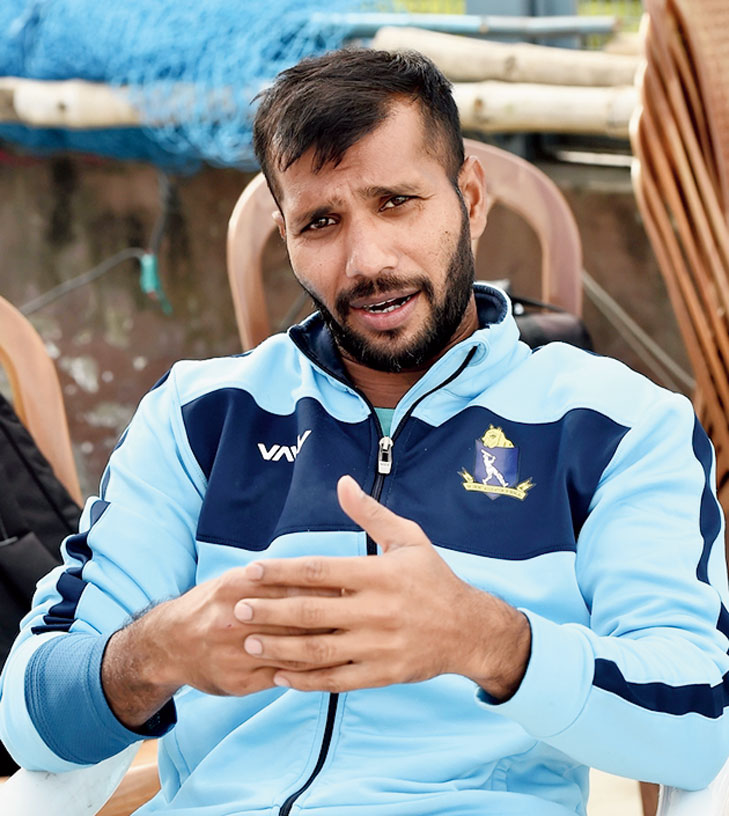 Bengal suffered a jolt ahead of their Ranji Trophy Elite Group A game versus Andhra, beginning at the Eden on Wednesday, after senior pacer Ashok Dinda was axed from the squad.

Late evening on Tuesday, the Cricket Association of Bengal (CAB) issued a fresh 15-member squad for the game that didn’t feature Dinda.

According to reliable sources, Dinda has been given the boot due to disciplinary reasons. The pacer even refused to apologise to the CAB.

“There was no other way but to expel him from the squad,” said someone in the know of things. “He has been abusive towards the team’s bowling coach Ranadeb Bose for many months.

“Today, he kind of crossed all limits by hurling abuses at Ranadeb in front of all the players. Ranadeb then lodged a written complaint about the matter to the CAB after which an apology was sought from Dinda. He was given enough opportunities to rectify himself.”

No one from the Bengal camp came up with any official statement on the matter.

Captain Abhimanyu Easwaran, after Tuesday’s training session at the Eden, said that Bengal are likely to include four pacers versus Andhra since the pitch has a tinge of grass on it with firm and even bounce.

Initially the plan was to go in with Dinda, Ishan Porel, Mukesh Kumar and either B. Amit or the impressive U-23 quick Akash Deep but now things will have to reworked.

It will now be interesting to see Bengal’s combination. “Playing four quicks is still the first choice as of now as both Amit and Akash Deep will have to play then.

“But yeah, you cannot rule out a change of thought once you have a look at the pitch before the toss,” a source said.

It won’t be surprising if Dinda’s suspension extends beyond the Andhra game or he doesn’t get to play even one game from hereon. And for Dinda, who had threatened not to turn out again for Bengal after being dropped from the Syed Mushtaq Ali T20 Trophy squad, a similar stance cannot be ruled out as he has always tried to be someone who likes to “give it back.”

“I maintain that I haven’t done anything wrong. The CAB is listening to a bowling coach whose first priority is commentary and other stuff, which had even left VVS Laxman surprised (batting consultant for CAB’s Vision 2020) last season.

“And the CAB again didn’t bother to inform me that I have been dropped… Had to learn from another source,” Dinda fumed.