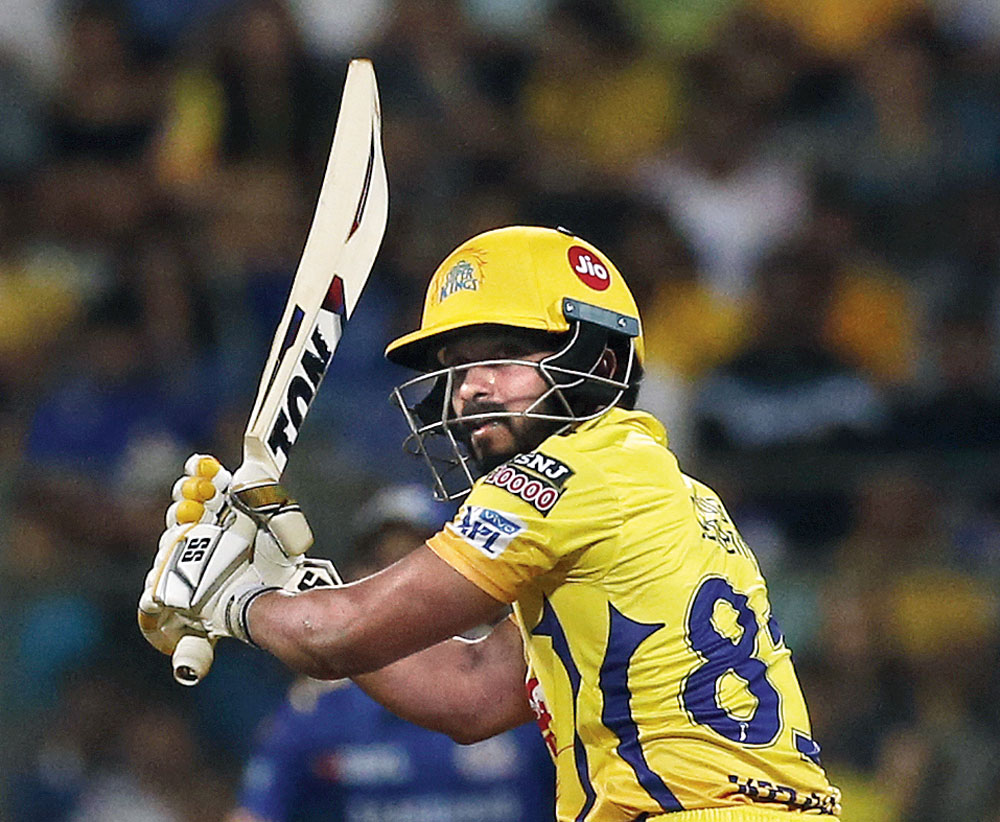 Captain Mahendra Singh Dhoni admitted that a few things, including death bowling, went wrong for Chennai Super Kings during their first loss in this edition of the IPL.

Dhoni himself too managed just 12 runs as the Super Kings were beaten comprehensively by Mumbai Indians. At the Wankhede, the hosts won by 37 runs to register their 100th IPL victory, on Wednesday.

Speaking at the post-match presentation, Dhoni said: “I think quite a few things went wrong for us.

“We started off well, were right on the mark for the first 10-12 overs of the game. Thereafter, we dropped a few catches. A few mis-fields took place as well while our death-over bowling too wasn’t great…

“We don’t have bowlers who hit the deck… It was slightly tough on them.”

Dhoni hinted that he and his teammates would go back and carefully study how they could have cut off certain boundaries and where they erred in execution.

“We do more one-on-one stuff than team meetings. On a wicket like this, what’s important is carefully studying which boundaries we could have cut off, which batsmen to target, where is the error in execution and the areas where we need to improve. A boundary or two less could have made a difference to an over that went for 10-12 or a seven-run over,” the skipper said.

Dhoni refuted views regarding the Super Kings losing momentum after Man of the Match Hardik Pandya and Kieron Pollard slammed 29 off the last over of Mumbai Indians’ innings.

“Well, it is a tough thing — this so-called momentum. It doesn’t really matter, because even if you have finished well in the first innings, you need to start well in the second too. Once you set the tone, be it while batting or bowling, the game goes along in that flow,” Dhoni explained.

Already missing players like Lungi Ngidi and David Willey, Dhoni agreed that his team will have to work on the combination for their next game.

“We will have to see the wicket for the next game and then we have to see the combination. Besides, (Dwayne) Bravo has an hamstring injury, while we already don’t have a few players.

“David Willey isn’t there as he has his own problems, Ngidi isn’t with us as well… So, we will first have to look at the pitch and then decide on the right combination.”

For Mumbai Indians, Pandya smashed an eight-ball unbeaten 25 in his unbroken 45-run partnership with Kieron Pollard. He also took three wickets with the ball.

“It’s a fantastic feeling batting like that and helping your team win. I was out for injury and then some other controversy happened.

“Nonetheless, I want to dedicate this Man-of-the-Match award to my family and friends, who stood by me in the toughest times. Now, my only focus is to play the IPL and make sure India win the World Cup,” an elated Pandya said.

Captain Rohit Sharma too was a relieved man with the Mumbai Indians returning to winning ways. “Having lost two games at the start, suddenly every match becomes important.

“We don’t want to keep that task of having to win many games in the end, because it’s really a difficult one.”