India’s previous best show was in 2013 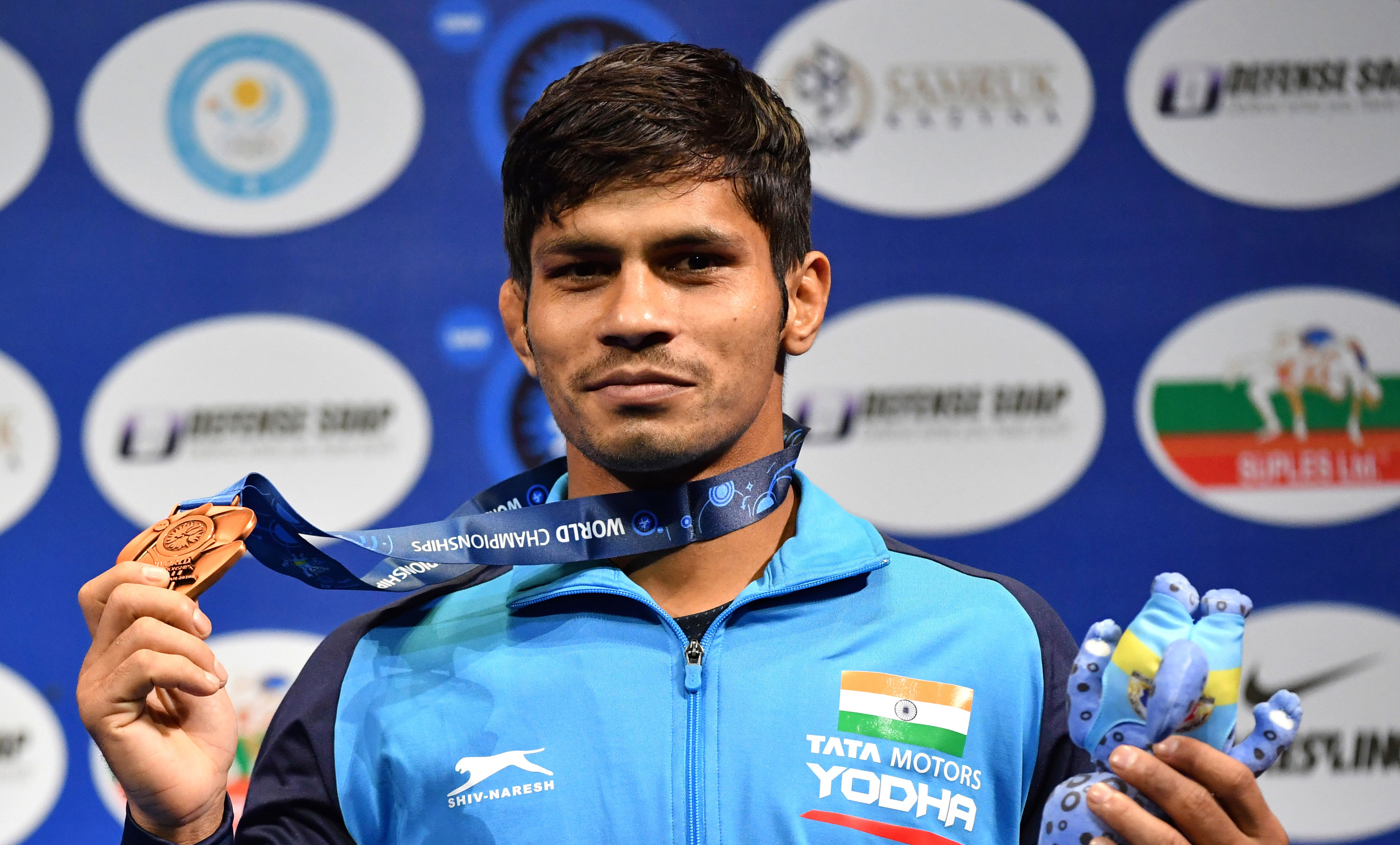 Rahul Aware on Monday bagged a bronze medal to ensure that India’s best-ever medal haul at the World Wrestling Championship after young Deepak Punia settled for silver having pulled out of final due to injury.

India’s previous best show was in 2013, when the country had three in their kitty courtesy Amir Dahiya (silver), Bajrang Punia (bronze) and Sandeep Tulsi Yadav (bronze in Greco-Roman).

Winning the gold medal at the 2018 Commonwealth Games was 27-year-old Aware’s best performance before.

Aware had shown early promise when he won bronze medals at the Asian Championships in 2009 and 2011 but suddenly vanished from the scene after that.

“The injuries pegged me back. I was ready in 2014 but then there were no trials for the CWG or the Asian Games,” he argued. “I feared that I would lose this chance. I am glad I pulled it off,” Aware said.

Aware said he was under a lot of self-imposed pressure going into the bout.

The American surprised Aware with a double leg attack the moment the bout started and earned two points with a takedown. However, Aware twice wriggled out of Graff’s right leg attacks. He also scored consecutive takedown points to lead 4-2 at the break.

In the second period too, Graff got hold of Aware’s right leg but the Indian got himself out of trouble in an impressive manner. He then pulled the bout away from the American with a flurry of moves, taking a commanding 10-2 lead. It consolidated further when the American lost a challenge. Eventually he won 11-4.

The morning of the final day of the championships brought with it the news that Deepak will not be able to compete in Sunday's final.

“The left foot is not taking the load. It’s difficult to fight in this condition and could have aggravated the injury. I know it was a big chance to fight against Yazdani but I can’t help it,” Deepak said.

Deepak had come out of the mat limping and a swollen right eye after his semi-final against Switzerland’s Stefan Reichmuth. It was a good draw for Deepak and he exploited it to get the biggest medal of his career.

In a dream run, Deepak reached the final with wins over Reichmuth, Colombia’s Carlos Arturo Mendez and Kazakhstan’s Adilet Davlumbayev.

He became only the fifth Indian ever to reach the World Championship final after Bishamber Singh (1967) Sushil Kumar (2010), Amit Dahiya (2013) and Bajrang Punia (2018). Last year he had won the junior World Championship.