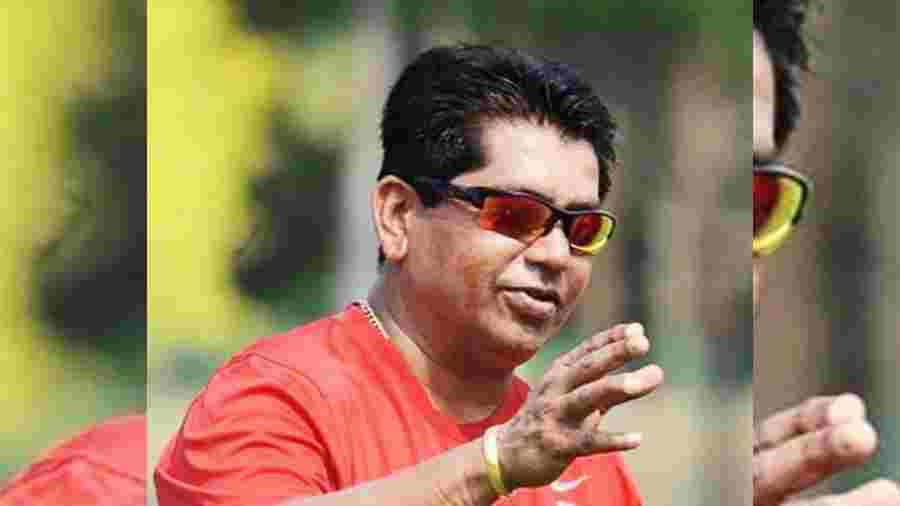 Chandrakant Pandit has a reputation of being a no-nonsense, strict disciplinarian but the doyen of domestic coaches knows that he has to change his methods when the likes of Andre Russell, Sunil Narine and Pat Cummins come calling during the next season of IPL.

The 60-year-old former India stumper is also ready to mould himself within permissible limits when he dons the hat of Kolkata Knight Riders' head coach in the 16th edition of the league.

"You don't have to use the same method everywhere. One has to be a little flexible while trying to understand the psyche of each player, which is very important," Pandit told PTI during an interview post his appointment as the first Indian head coach of KKR.

"I always do that (study players) and accordingly we can strike a reasonable understanding and move forward," Pandit hammered home the point that he doesn't use a "One Size Fits All' approach to coaching.

He has no hesitation in admitting that some of the top players like Russell and Cummins have a lot of experience and he will never use his Ranji Trophy methodologies at the IPL level.

"These are experienced players. They are playing all these years at highest level and of course same method can't be used at every level. You have to understand and study their methods and ensure that all the cricketing demands are fulfilled more than anything else," he added.

At the domestic level, state associations approaching Pandit have always known that if you want his services, you have to give him full freedom to operate and run the show alone.

But will it be possible at the IPL level, where the demands are different and people who are monitoring your performance are more business-oriented in their approach?

"I don't know what has been made of my image. But I understand that in a job of a head coach, things need to be taken forward in such a way that they are result-oriented.

"I don't know how people look at my methods but with an opportunity given to me, I will try and fulfil that to the best of my abilities."

And when it comes to instant result in the IPL universe, which is so distant from the Ranji Trophy, the 'Khadoos' Mumbaikar said that it is the same for all the coaches.

"I just look at the game and believe that the requirement of a particular format needs to be fulfilled at that particular time. This is the process and it's not only with me but everyone going through.

"Every format in cricket has a different set of demands. When you play first class, you have enough time to try out things.

"The process that one needs to work out in IPL is ability to take instant decisions. It's fast-paced but at the end of the day, you are playing a form of cricket."

It's an advantage to have worked with Shreyas, Abhishek

Abhishek Nayar, the former Mumbai stalwart is one of the key members of the KKR think-tank and skipper Shreyas Iyer is also from Mumbai.

Incidentally, Pandit at different times in his career has coached both of them and that is an advantage for him to quickly get adjusted to the new environment.

"It is always an advantage to have players in the set-up with whom you have spent time and of course the rapport which we have maintained over the years.

"KKR has Umesh Yadav, who has played in my coaching at Vidarbha and Venkatesh Iyer who is an important member of Madhya Pradesh side. I know all these boys personally," added the man with six Ranji Trophy titles as a coach.

"And then you have Abhishek (Nayar) and Omkar Salvi (support staff) who have played under my coaching. It is a terrific advantage to understand the whole thing from them."

But his biggest advantage is being an encyclopedia of domestic cricket and someone with a sharp eye for talent having coached teams for nearly two decades.

"Being an Indian coach and having spent enough time in domestic cricket, I know most players, whether they have played under my coaching or against teams coached by me. I am aware of everyone's skills and that's my greatest advantage," he said.

Refusing offer more than a decade back

Pandit had revealed that he had once met ?KR's owner Shah Rukh Khan during the initial years of the IPL but things didn't work out back then.

This time when KKR CEO Venky Mysore offered the head coach's job, he didn't have to think twice.

"Yes, I got the offer after the Ranji Trophy final. It didn't work out last time. It's not that people must have misunderstood that and more than anything else, it's an honour to be part of that franchise."

So, any special message from SRK?

"Nothing from Mr Khan but I have got a lot of good positive vibes from the KKR family. The support staff and players share a healthy relationship and that makes me a little excited as it creates a very co-operative atmosphere in the team," he signed off.

Pandit’s mantra: IPL is cricket after all