Chasing an improbable victory target of 348, the WI defeat looked just a matter of time after they finished Day IV on a precarious 52/6 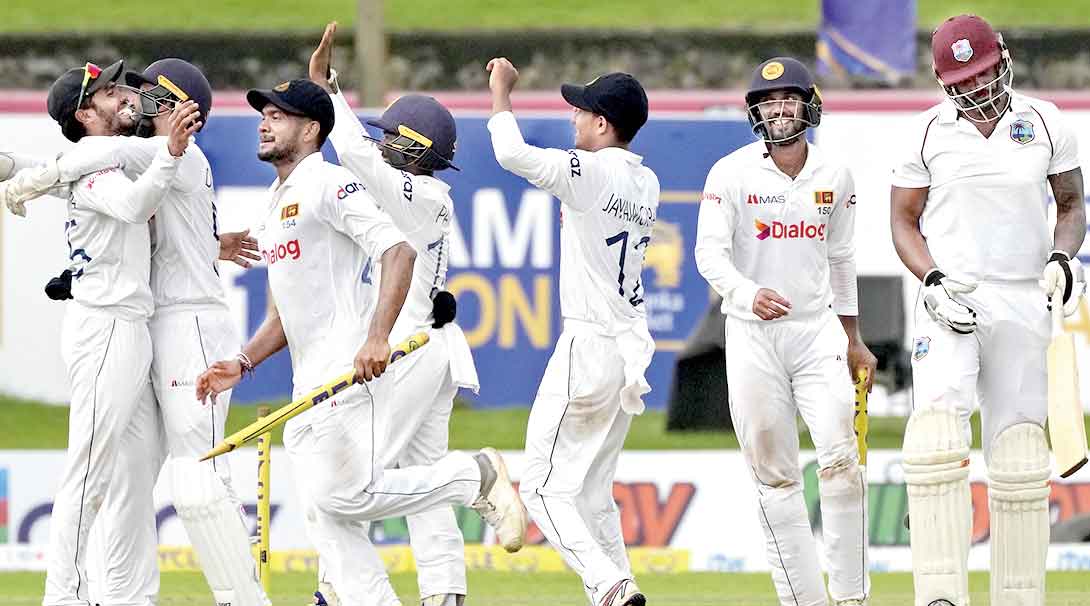 Nkrumah Bonner and Joshua Da Silva offered brief resistance but Sri Lanka flexed their spin muscles to crush the West Indies by 187 runs in the opening Test on Thursday and take a 1-0 lead in the two-match series.

Chasing an improbable victory target of 348, the West Indies’ defeat looked just a matter of time after they finished Day IV on a precarious 52/6 at the Galle International Stadium.

Both the overnight batsmen, Bonner, who made 68 not out, and Da Silva, forged a century stand to frustrate Sri Lanka amid a rain forecast for Thursday. Once left-arm spinner Lasith Embuldeniya (5/46) broke that stand by removing Da Silva for 54, the West Indies collapsed in a heap.

Embuldeniya and his spin colleagues Ramesh Mendis and Praveen Jayawickrama shared 18 of the 20 West Indies wickets among themselves. “It’s a great Test for me,” said home captain Dimuth Karunaratne, who was adjudged Man of the Match for his 147 in Sri Lanka’s first innings total of 386.

“We need to carry on the good work and I have some targets to achieve and I’m glad that we’re playing well as a unit.”

His counterpart Kraigg Brathwaite said the visitors were on the backfoot after managing 230 in their first innings. “I always believe the first innings score was important and we fell short,” the opener said after West Indies were all out for 160 in their second innings. The second and final Test is also scheduled at Galle from Monday.