Rookie pacer Arshdeep Singh, who was rested for the series against Australia, has linked up with the team 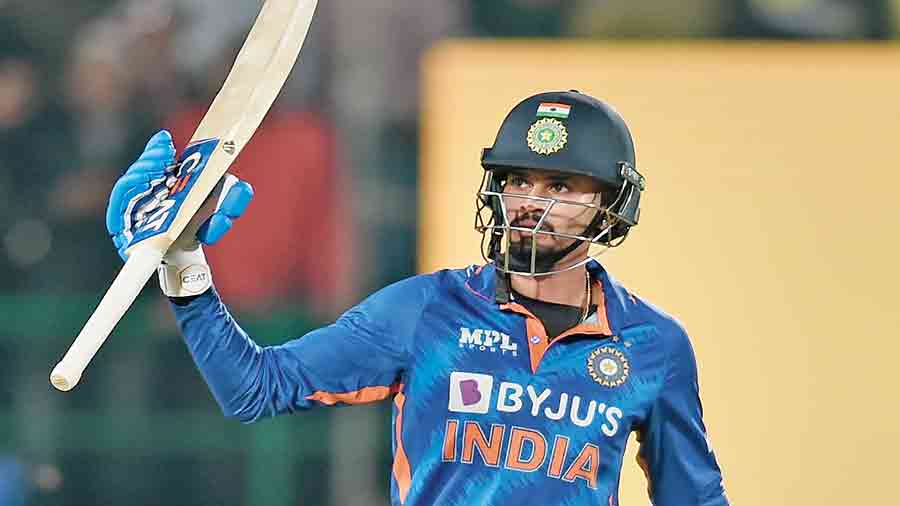 Senior pacer Mohammad Shami, who had missed the recently-concluded T20 series against Australia after contracting Covid-19 infection, is yet to recover completely and thus won't be a part of the T20 matches against the Proteas.

Deepak Hooda has also been ruled out of the series owing to a back injury. The all-rounder is at the NCA for "further management of his injury".

"The All-India Senior Selection Committee has named Umesh Yadav as Shami's replacement and Shreyas Iyer as a replacement for Hooda," a BCCI release stated.

"Shahbaz Ahmed has also been added to the T20I squad," it added.

Umesh was brought in as Shami's replacement in the series against Australia. He has competed in the series-opener but did not play the second and third T20Is.

On the other hand, left-arm spin-all-rounder Shahbaz is still uncapped. He was picked in the Indian ODI squad as Washington Sundar's replacement for the Zimbabwe series in August but did not get a game.

Rookie pacer Arshdeep Singh, who was rested for the series against Australia, has linked up with the squad for the three T20Is.

The series against South Africa will serve as a final dress rehearsal for both side ahead of the marquee event in Australia next month.

All-rounder Hardik Pandya and senior seamer Bhuvneshwar Kumar, who have been rested for the series ahead of the T20 World Cup next month, have also reported to the NCA for "conditioning-related work".