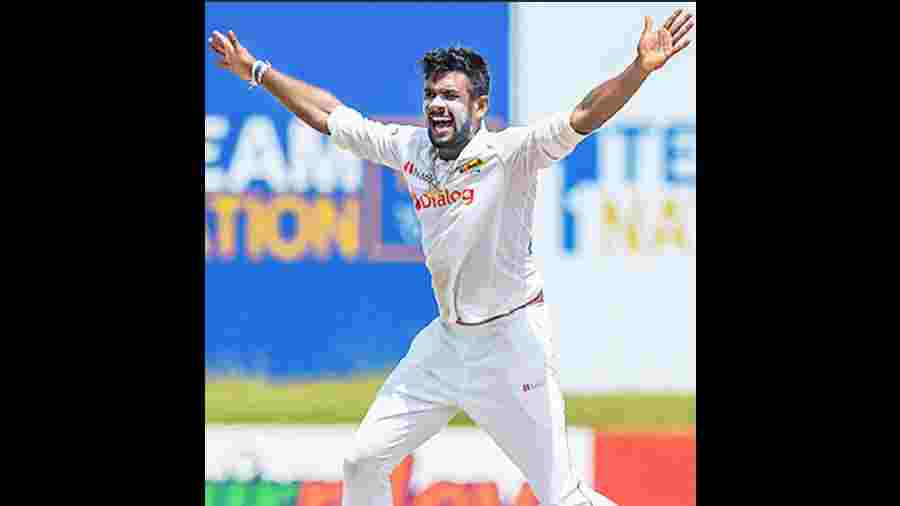 Ramesh Mendis chipped in with a lower order cameo and then claimed three wickets for 42 runs to put Sri Lanka on course for a significant first innings lead against Pakistan on Day II of the second Test in Galle on Monday. Batting at No.9, Mendis contributed 35 in Sri Lanka’s 378 all out.

The off-spinner then returned to wreck Pakistan’s middle order and the visitors finished the day on 191/7, still 187 behind. Agha Salman led Pakistan’s fightback with a defiant 62 before being dismissed in the final delivery of the day. Yasir Shah survived 61 balls, and an lbw decision against him that was reversed, for his 13 not out. Earlier, Pakistan fast bowler Naseem Shah and spinner Yasir split the last four Sri Lankan wickets after the hosts had resumed on 315/6.

Niroshan Dickwella struck 51 and Mendis proved he was no dud with the bat to frustrate Pakistan. Pakistan stuttered early in their reply losing Abdullah Shafique, whose unbeaten 160 had secured their two-wicket victory in the series opener, to the second ball of the innings. Pakistan captain Babar Azam (16) too departed early. Opener Imam-ul-Haq made 32 before Dhananjaya de Silva breached his defence. Mohammad Rizwan and Fawad Alam, both made 24, also got the starts but could not convert them with Mendis trapping both lbw. Pakistan were 145/6 but Salman refused to throw in the towel. The right-hander hit four fours and a six but could not survive the day and was snared in the slip off Jayasuriya’s bowling.