He is solely focused on the upcoming matches against India, particularly the two Tests 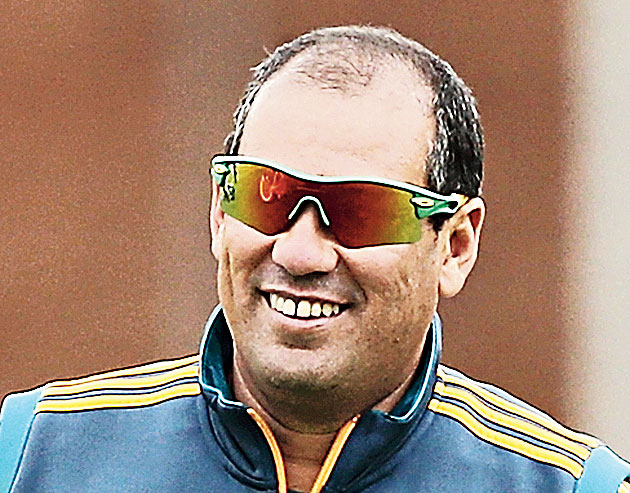 The Bangladesh players’ strike earlier this week, that had cast a shadow over their tour of India, did not perturb head coach Russell Domingo at all.

Rather, he is solely focused on the upcoming matches against India, particularly the two Tests.

India have been invincible at home, but Domingo believes his team can put Virat Kohli and Co. under some pressure if they bat first and can somehow manage a total of 400-450.

“I don’t want to comment on off-the-field issues. My focus now is only on the tour of India.

“We have got some fantastic spinners in our squad… Mehidy (Hasan), Taijul (Islam) and Shakib-al Hasan are three quality spinners.

“So, if we can win the toss, which South Africa couldn’t, and then put them under some sort of pressure by putting up a good first innings total, we can certainly hold the upper hand on Days IV and V.

“That’s one way of keeping ourselves motivated,” Domingo told The Telegraph from Port Elizabeth before leaving for Dhaka.

Looking at how India tormented the Proteas in their 3-0 sweep, Domingo agreed his men will have to play out of their skins for success in the Tests.

“Well, it’s obviously going to be a very tough series. India are the No. 1 Test side in the world at present. Test cricket hasn’t been very good for Bangladesh, which also makes it a really tough series.

“Haven’t really found any weaknesses as such in this Indian team... They have worked on their pace bowling and have some excellent seamers now while their batsmen too are fantastic.

“But we’ll go there and give it our best shot, and try and focus on our game instead of concentrating too much on what India do,” Domingo emphasised.

Bangladesh’s strength in bowling is their spinners, but Domingo doubts whether conditions in Indore and Calcutta will be spin-friendly.

“We’ll have to select our squad depending on the wickets they (India) prepare.

“I’m not sure if they’ll prepare pitches that turn square against us, now that we also have got quality spinners. So, the team selection will depend mostly on the conditions on offer,” he said.

Meanwhile, Bangladesh all-rounder Mohammad Saifuddin has been ruled out of the T20Is versus India due to a back injury.