Ricky is the boss, I’ll help him: Sourav Ganguly 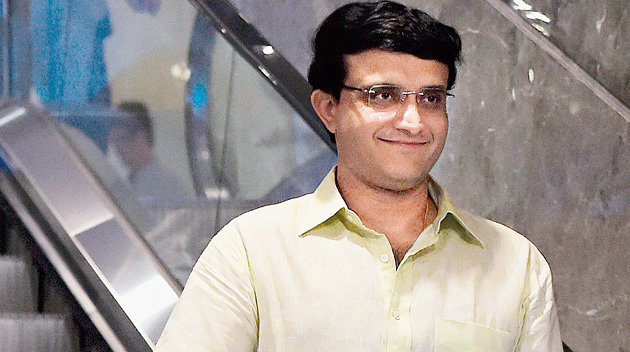 Sourav Ganguly will be back in the Indian Premier League (IPL) as he has been appointed an adviser by the Delhi Capitals franchise for the upcoming edition.

Sourav, a former India captain, last played in the IPL in 2012 when he represented the Pune Warriors.

Delhi Capitals, who were previously known as the Delhi DareDevils, put out a tweet on Thursday morning which read: “BREAKING: Tigers, say hello to our Royal Bengal Tiger! We’re delighted to welcome @SGanguly99 to Delhi Capitals, in the role of an Advisor. #ThisIsNewDelhi #DelhiCapitals”.

Delhi Capitals also published a media release on its website which said: “In his new role, Ganguly will work closely with the team’s head coach Ricky Ponting, and guide the team in its quest to bring the IPL trophy to Delhi.”

Sourav himself is quite upbeat about his new assignment. “Yes, I’m excited. Back in the IPL after six years I think… Ricky is the boss there and I will obviously try to help him. Have already spoken to him. I am travelling to Delhi on Friday and will also be present during the matches,” the 46-year-old said at Eden Gardens.

Sourav currently is not only the president of the Cricket Association of Bengal (CAB), but was also associated with a number BCCI and IPL committees.

“And as the CAB president, I cannot influence the IPL in any way, so there’s no conflict of interest there either.”

But did he have to get the nod from Committee of Administrators (CoA) before joining Delhi Capitals? “Well, they know about the matter. They haven’t said anything about it.”

The young Rishabh Pant, who hasn’t had a good time with the bat of late, is in the Delhi Capitals roster. Will Sourav help him to sort out issues if any? “Obviously, I will help the players. But then, I will not play, they will have to do the job on the field.

“And Rishabh is our future… Someone who has Test hundreds in Australia and England is of course special. Off-form is very natural because he plays on and off. He will be able to handle these things better when he plays more regularly.”

Commenting on Sourav’s appointment, Parth Jindal, chairman of the Delhi Capitals, said via the media release: “Sourav is one of the most astute minds in world cricket. A lot of what we see in Indian cricket today was born because of Sourav. His aggression, positivity and never-say-die attitude are traits we want the Delhi Capitals team to imbibe.

“It is truly an honour that Sourav has chosen Delhi as his IPL team. I have no doubt that our team will benefit immensely from his experience, guidance and advice. Sourav has been like family to me and I am deeply humbled to have him as an adviser.”

Moving away from the IPL, Sourav congratulated the Australian team which recorded series victories over India in the T20Is and ODIs. “The Australians have done extremely well this time. Especially, the manner in which they played spin… Seldom have they handled spin so well. With Steve Smith and David Warner coming back, they will only get stronger. I think they are a huge contender for the World Cup title once again.”

Asked about the much talked-about No.4 spot in the Indian batting line-up, Sourav said: “From the outside, it seems (captain) Virat Kohli has (Ambati) Rayudu in mind for that spot. There are not many options either.”

But what would he have done had he been in charge of the Indian team? “If I had to choose, I would have tried out Cheteshwar Pujara six months prior to the World Cup.”

That sounded so much like the Sourav of old — different and adventurous. The Delhi Capitals are in for an interesting time.