Even if there’s not enough swing and seam movement at Lord’s, Bumrah and Shami’s ability to let the ball talk while concentrating on their basics is certainly a plus point for India 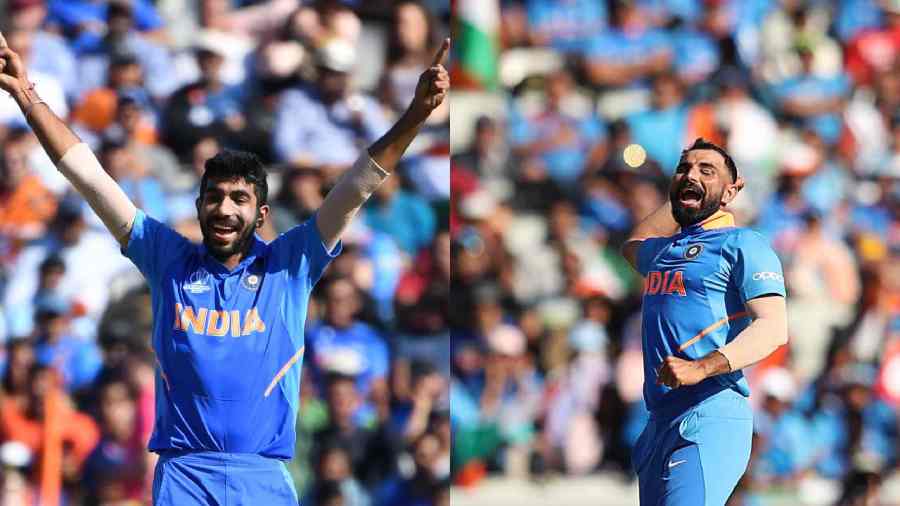 The bowlers have turned it around quite well since the disappointing performance in the rescheduled fifth Test in Birmingham. Playing a crucial role in India’s triumph in the T20I leg of the ongoing England tour, they have been massively instrumental in leading their team to a thumping win in the opening one-dayer as well.

That certainly provides India with a good chance to win the second and penultimate game at Lord’s on Thursday and clinch the ODI series as well. Something which should keep Rohit Sharma and his men in good stead, as the white-ball games Team India play (irrespective of the format) in the lead-up to this year’s T20 World Cup should serve as part of their preparations for the showpiece event.

It’s likely to be partly cloudy at Lord’s, where the pitch tends to be sporting, though it offers a little more help for the batsmen when it comes to limited overs cricket. But what should be India’s advantage is the fine rhythm that their bowlers, especially quicks Jasprit Bumrah and Mohammed Shami, are in.

Even if there’s not enough swing and seam movement at Lord’s, like it was at The Oval on Tuesday, Bumrah and Shami’s ability to let the ball talk while concentrating on their basics is certainly a plus point for India. Even Prasidh Krishna had put in a decent effort in the series opener, playing the supporting role for Bumrah and Shami and ensuring the opposition don’t bounce back.

Besides England batters, particularly opener Jason Roy, have been looking clueless lately against the moving ball.  Roy, in particular, does not appear to be in the right frame of mind at all since Bhuvneshwar Kumar began troubling him during the T20I series. The manner of his dismissal in the first ODI was testimony to that.

England would obviously expect the likes of Jonny Bairstow, Joe Root and all-rounder Ben Stokes to make an impact, but their opening combination is one area they may have to look into going forward.

Whether England bring Phil Salt in Roy’s place and effect any other changes in their line-up remains to be seen. But what about India?

Having annihilated England the other evening, tinkering with their combination appears unlikely unless someone sustains an injury or a niggle or becomes indisposed. As for Virat Kohli, who missed the first ODI due to a mild groin strain, there was no official update on the former captain’s current condition. It only suggests that Kohli remains doubtful for Thursday’s game as well, which would then allow Shreyas Iyer to hold his position in the XI.

However, whether Kohli is available for the game or not shouldn’t be bothering India much. In terms of mindset, skipper Rohit and the rest seem well placed with their quicks being in top form making them look stronger.

Rohit’s carefree approach at the top has also helped Shikhar Dhawan, who last played a competitive game in May, to find his batting rhythm.  If India manage to seal the series on Thursday, it will be their first ODI series win outside the subcontinent since 2020.