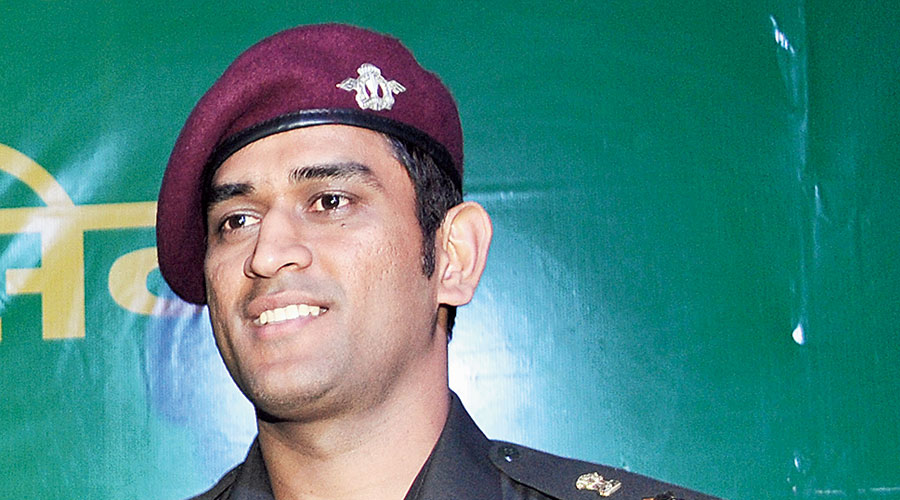 When not smashing those enormous sixes, Mahendra Singh Dhoni, who also holds the post of honorary Lieutenant Colonel in the Territorial Army, has been known to make parachute jumps to hone his military skills.

Therefore, it came as no surprise when on Thursday the former India captain took to social media to express his happiness at the formal induction of five Rafale fighter jets into the Indian Air Force.

The planes were drafted into the Air Force’s Golden Arrows squadron at a ceremony at the Ambala airbase and the twice World Cup-winning captain felt their “lethality will only increase” in the hands of Air Force pilots.

“With the Final Induction Ceremony the world’s best combat proven 4.5Gen fighter plane gets the world’s best fighter pilots. In the hands of our pilots and the mix of different aircrafts with the IAF the potent bird’s lethality will only increase,” Dhoni said in a rare tweet.

“Wishing The Glorious 17 Squadron(Golden Arrows) all the very best and for all of us hope the Rafale beats the service record of the Mirage 2000 but Su30MKI remains my fav and the boys get new target to dogfight with and wait for BVR engagement till their upgrade to Super Sukhoi.”

It could have been for a brief while but cricket was meant to take a back seat for the Lieutenant Colonel, who holds the country’s defence forces very close to his heart. He is currently in Dubai for the IPL.

Dhoni, 39, who announced his retirement from international cricket on August 15, had trained with the Territorial Army for two months after India’s exit from the 2019 World Cup.

It is widely believed that Dhoni decided to serve the Army in Kashmir to get over his disappointment of the quadrennial showpiece event. The World Cup semi-final against New Zealand turned out to be Dhoni’s final international game for India.

Captain Cool had also become a qualified paratrooper after completing five parachute training jumps from IAF aircraft at the Agra training camp in August 2015, four years after he was awarded the honorary rank in the Indian Territorial Army.

He received 15 days of training in para trooping, earning the maroon beret of the special forces, with the paratrooper wings. Dhoni completed the five jumps, including a night jump and a jump from 1250 ft height, which was witnessed by thousands of local residents and Dhoni fans.