Russell bats at No.3, scores 80 not out off 40 balls and keeps Knights alive 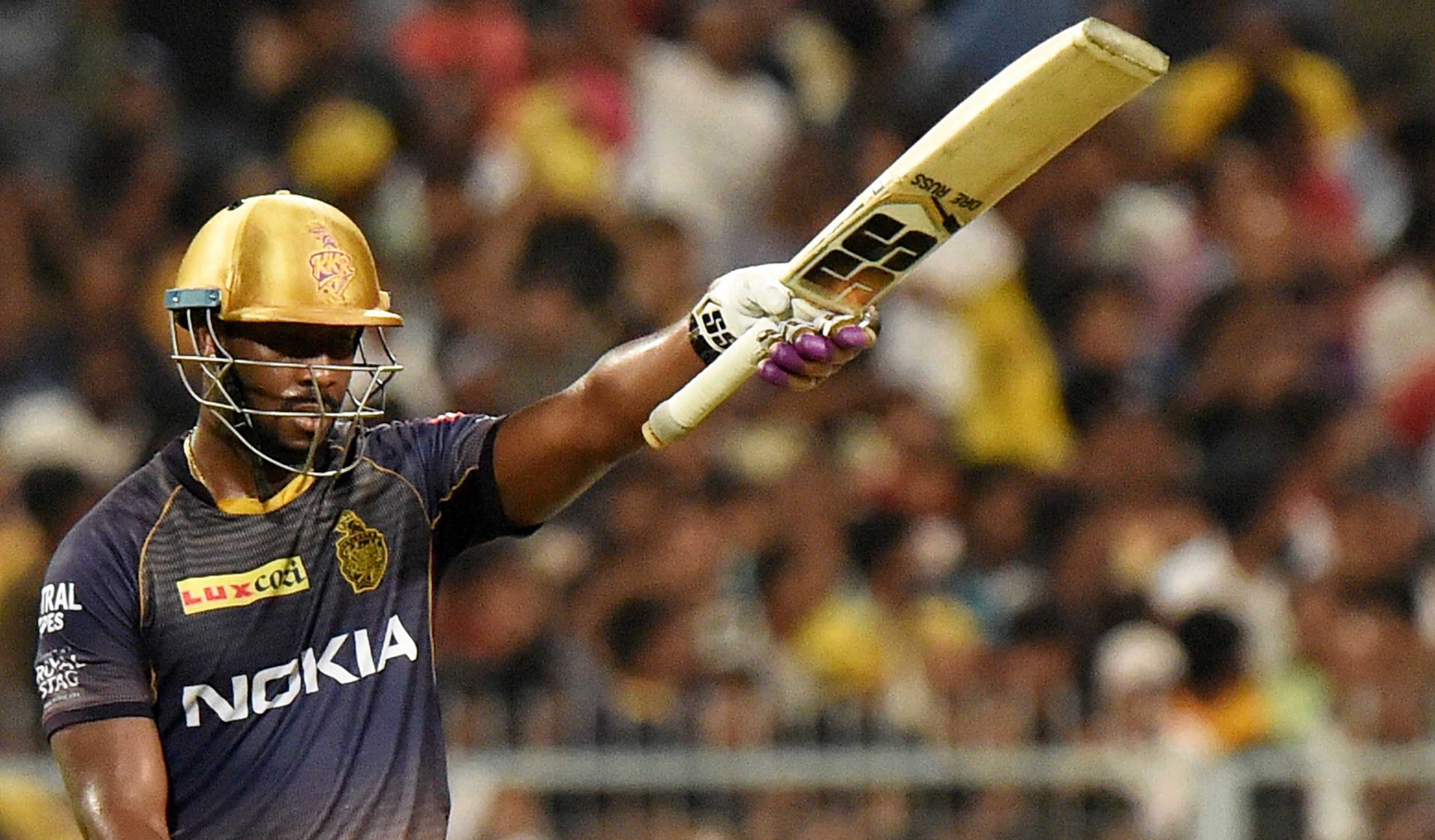 It perhaps took Shah Rukh Khan’s presence to inspire his Knights to bring out their best batting performance this season.

Not only did Kolkata Knight Riders arrest their six-match losing streak this season, they also recorded their first win against the Mumbai Indians after eight games. The 34-run victory will keep the home team in the hunt for a play-offs berth.

Dinesh Karthik’s men were a transformed outfit at Eden Gardens on Sunday evening. It seemed they had preserved their best for their last home match. They batted well, bowled with precision and their fielding too matched the best.

A target of 233 was always going to be difficult. Mumbai Indians never looked to be in the chase once they lost Quinton de Kock and Rohit Sharma within the first four overs. Kieron Pollard and the Pandya brothers did provide some entertainment but never posed enough threat .

While Hardik and Pollard added 63 off 30 balls for the fifth wickets, the Pandya brothers put on 64 off 28 balls.

Hardik was simply brilliant during his 91 off 34 balls. Two MS Dhoni-like helicopter shots which yielded over boundaries stood out among his nine sixes. He seemed bothered by cramps towards the end of his innings, but that hardly hampered his run-making process.

Andre Russell had sent out a warning to Mumbai Indians and it proved to be prophetic. His majestic 80 not out off 40 balls was followed by two for 25 off four overs. The innings simply sealed the visitors’ fate.

Shubman Gill on way to his 76 on Sunday.
Telegraph picture

Going into the match, Karthik’s men knew well that they were surviving by a thin thread of hope. Chris Lynn and Shubman Gill began with a flourish after being put into bat, bringing up their 50 runs in the first six overs.

Gill was quick off the blocks, taking two consecutive boundaries of the first over by Barinder Sran. Then when the left-arm pacer dropped short, he turned it over deep square leg for a six. The momentum had been set and the openers didn’t wish to look back.

Lynn joined the party with two boundaries off Krunal Pandya’s second over. He was dropped on 18 and made the most of the reprieve. He raced to his half-century off 27 balls which included seven boundaries and two sixes.

Lynn’s good fortune, however, ended when he sliced Chahar over mid-wicket only to be caught in the deep. The opening pair had stitched together 96 off 57 balls.

Enter Andre Russell, the man who had questioned the team management’s decision-making process. Promoted to No.3, he showed that he could have changed their fortunes in their last six games had he come a little earlier in the batting order.

But Shubman surely stole the thunder from him for a while. Relying mainly on cricketing shots, the youngster once again proved why he is regarded so highly in cricketing circles.

Two clean sixes off Chahar will always stand out in memory, an example of the exquisite timing that is the hallmark of his batting. There was the odd whip behind the wicketkeeper but Shubman mainly relied on shots in the ‘V’, during his 76 off 45 balls. The second wicket partnership yielded 62 off 25 balls.

Once Shubman departed, the stage was set for Russell to launch into an overdrive and he didn’t disappoint. Besides the enormous power that he wields, there was also the positive intent in his batting that singes the opposition.

Russell was unflustered after surviving early in the innings and broke into a flurry of eight sixes and six boundaries and made the Mumbai Indians pay dearly. Such was Russell’s control that the home team added 75 runs off the last five overs.

Karthik was a mere spectator and was content with giving much of the strike to Russell. After hitting Hardik for three sixes in the 18th over, he turned his attention to Lasith Malinga in the final over. Two boundaries and two sixes contributed to the Knight Riders recording the season’s highest total.