CSK skipper says Jadeja taking over the mantle of the side was a gradual transition, which he wanted 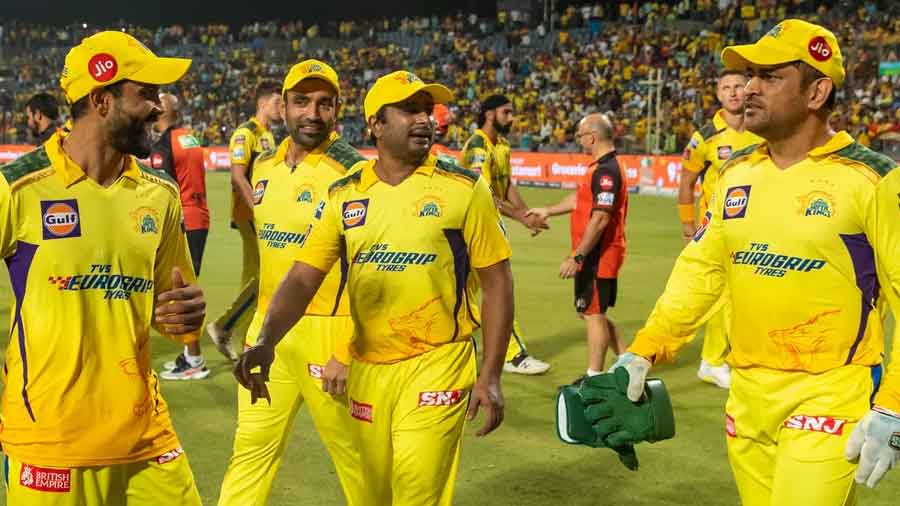 Talismanic Mahendra Singh Dhoni feels the pressure and demand of captaincy took a toll on Ravindra Jadeja and affected the all-rounder's mind, resulting in his below-par outing in Chennai Super Kings colours in the ongoing IPL.

Jadeja was anointed as CSK skipper for the ongoing season after Dhoni decided to step aside but the all-rounder failed to cope with the pressure and eventually gave up the job, forcing the franchise to fall back on their most trusted lieutenant.

Back at the helm of affairs, Dhoni produced instant results as CSK notched up a 13-run win over Sunrisers Hyderabad to keep themselves afloat in the tournament.

"I think Jadeja knew last season he'd be captaining this year. For the first two games, I oversaw his work and let him be later. After that, I insisted he'd take his own decisions and responsibility for them.

"Once you become captain, it means a lot of demands come in. But it affected his mind as the tasks grew. I think captaincy burdened his prep and performances," Dhoni said at the post-match presentation ceremony.

Dhoni said Jadeja taking over the mantle of the side was a gradual transition, which he wanted.

"He knew and got enough time to prepare, what is important is you want him to lead the side and I wanted that transition to happen. At the end of the season, you don't want him to feel as the captaincy was done by someone else and I'm just going for toss.

"Once you become the captain, we have to take care of lot many things and that also includes your own game," he said.

Dhoni hoped Jadeja would reignite as a player after being freed of the captaincy pressure.

"Even if you relieve captainship and if you are at your best and that's what we want. We were also losing a great fielder, we are struggling for a deep mid-wicket fielder, still we have dropped 17-18 catches and that's a matter of concern.

"These are tough games and hopefully we will comeback strong, important to communicate with the bowlers," he said.

Talking about the match, Dhoni said they managed to put up a defendable score on the board.

"It was a good score to start off. I did nothing different, it's not like much changes with the change of captain. The target we got was a good one, dew comes in so the bowling needed to be good.

"The spinners did well in the 7-14 over period, that was key to the win and gave a surplus of runs which we could fall back on."

SRH skipper Kane Williamson said it is always a challenge to chase down a target in excess off 200 in a T20 game.

"When anyone gets over 200, it'll always be a challenge chasing it down. I thought we responded well to it, but they kept us under pressure with the total they had.

"We did show a lot of fight and were unlucky at times with some things that didn't go our way," he said.

Williamson said losing Washington Sundar's services in the bowling department after he hurt himself while fielding was a big setback for the team.

"It was a bit slower (on the pitch), we did try our best, but losing Washy (Sundar) for the best part of the bowling innings was a struggle for us.

"Still we can look back at the game with a lot of positives, we came up against quality spinners, at the end of the day, we did show a lot of fight," he said.

The SRH skipper said the need of the hour for his side is to stay connected and carry on the good work of the first half of the tournament.

"We just need to stay connected, we're playing well, and did so at the first half of the tournament (talking about the 5 straight wins). We just need to touch on a few things, shape well and come back stronger in the next game."