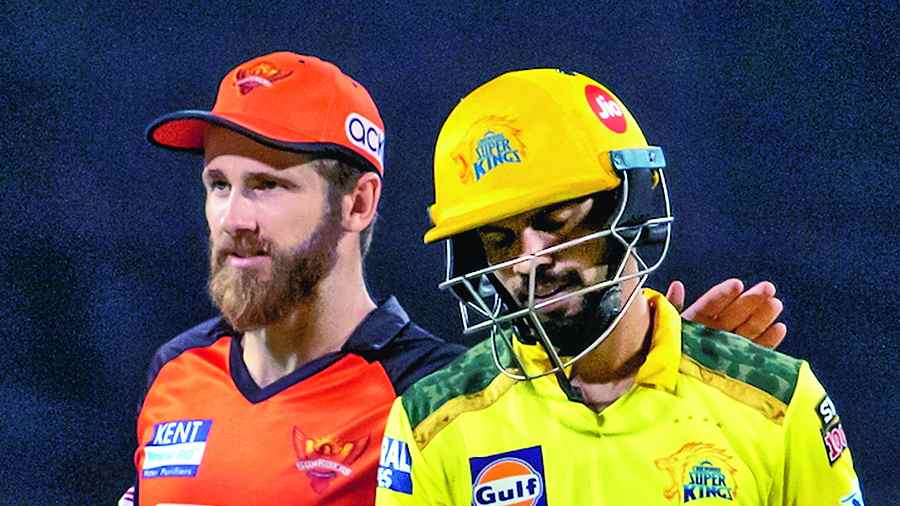 Ruturaj Gaikwad, who has been struggling this season for runs, proved his class on Sunday.

The Chennai Super Kings’ openers, Gaikwad and Devon Conway, taking the odds in their strides, played classy, superlative knocks that laid the foundation for the four-time champions’ 13-win over Sunrisers Hyderabad at the MCA Stadium in Pune on Sunday.

This was Chennai’s first game after Mahendra Singh Dhoni got reinstated as captain of the team.

Gaikwad’s 57-ball 99 and Conway’s unbeaten 85 off 55 balls powered Chennai to 202 for 2 after they were put in to bat. Even though Chennai’s bowling has been one of their concerns this season, chasing the target was still a tall order for the Sunrisers.

The Sunrisers were hopeful till the partnership between captain Kane Williamson (47) and Nicholas Pooran (64 not out) for the fourth wicket kept going.

But the departure of the skipper, who was earlier dropped on 18 by his counterpart Dhoni off former CSK captain Ravindra Jadeja’s bowling, was dismissed at a crucial phase by Dwaine Pretorius.

The Sunrisers’ reply lost momentum soon after Williamson’s dismissal in the 15th over of their reply with Pooran having to fight a lone battle.

The West Indies left-hander hammered Mukesh Choudhary for three maximums and a four in the game’s final over, but that wasn’t enough as all that the Sunrisers could manage was 189 for 6.

They ensured Gaikwad and Conway’s good work with the bat didn’t go in vain. Chennai now have six points after this win but remain second from bottom in the standings. Their playoff chances, though remote, are still alive.

The Sunrisers stay at No.4.

Strokeplay at its best

Both the Chennai openers took a little bit of time to settle down. But once they got into their groove, they kept punishing the Sunrisers bowlers.

Gaikwad, who went into this game with just one half-century and a few wasted starts, finally made sure he avoided the unforced errors and relied mainly on proper cricketing shots. Just once he mis-timed, off Umran Malik’s bowling.

The 154kmph delivery took the top edge off Gaikwad’s bat and sailed way over the wicketkeeper for a four, taking him to his second 50 in IPL 2022.