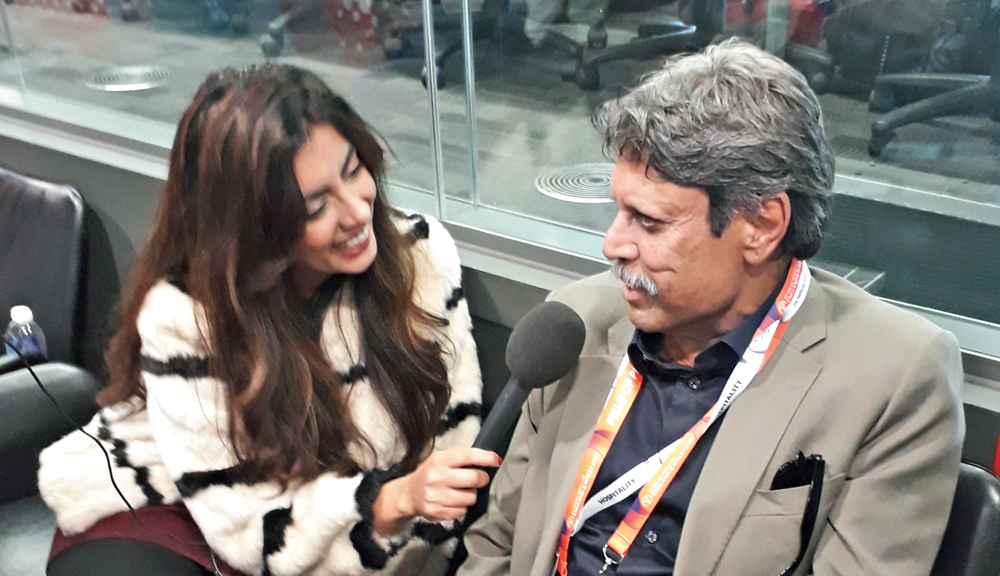 Kapil was at the India vs New Zealand 2019 World Cup semi-final as a star commentator on radio for the Channel 2 Group Corporation.

You turned 60 in January, Sunil Gavaskar celebrates his 70th birthday on Wednesday... Some words on him...

I actually had dinner with Sunil on Monday... He has served cricket for so long, as a player for almost two decades and, then, as a commentator for decades... Sunil has given his life to cricket... I wish he has many more birthdays.

Much used to be said and written about the two of you...

Media mein baat hoti thi, Sunil and I didn’t have a problem. We continue to respect each other.

To talk of the ongoing semi-final... Would you have batted first, as Kane Williamson did?

Would Virat Kohli have batted first? I think so. You have my answer.

Talking of Virat, hasn’t he grown as a captain in this World Cup?

I agree... Virat has got better. Nowadays, he doesn’t instantly go for reviews, but takes time. That’s one indication of greater maturity.

Like it or not, people keep speaking about Mahendra Singh Dhoni and his future. Your take?

Dhoni is so experienced, that any talk isn’t going to bother him... People should leave him alone. Dhoni has done enough for India.

Wouldn’t you have loved to open the India attack with the impact-making Jasprit Bumrah?

I don’t want to be unfair to any of my teammates... Bumrah is exceptional, is so consistent... In the morning, both Bumrah and Bhuvi (Bhuvneshwar Kumar) used the seam so beautifully. Mazaa aa gaya.

One more... Are you, over the next few days, promoting your epic — We The Sikhs — in the UK?

I’ve just come from the US... Right now, we’re promoting the book there and in Canada.