BCCI members demand a Special General Meeting at the earliest 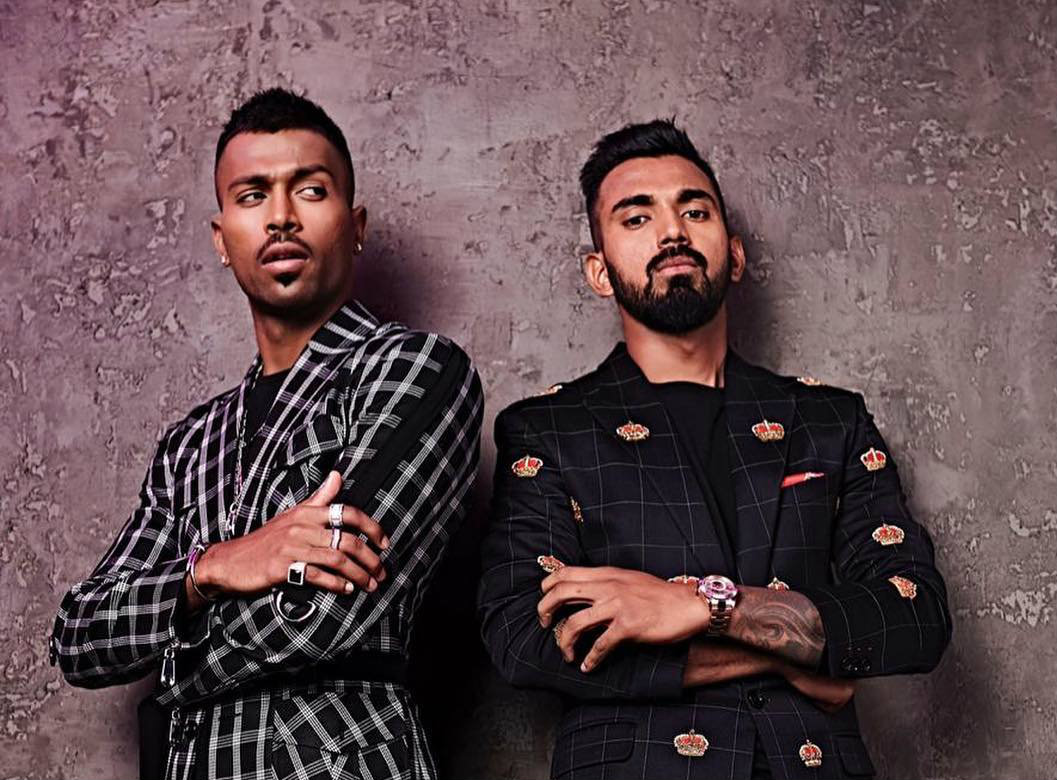 Suspended cricketers Hardik Pandya and K.L. Rahul on Monday tendered 'unconditional' apologies for their sexist comments during a TV chat show amid CoA chief Vinod Rai saying the BCCI should correct the two players, not end their careers.

However, despite the apologies tendered by the duo, 10 BCCI units demanded a Special General Meeting to appoint an ombudsman for carrying out an inquiry. Rai's fellow Committee of Administrators (CoA) member Diana Edulji wants an inquiry done by CoA and BCCI office-bearers.

'Yes, Hardik and Rahul have submitted their reply to the fresh showcause notices that were served to them. They have tendered unconditional apology. The CoA chief has instructed the CEO to conduct an inquiry as per clause 41 (c) of the new BCCI constitution,' a senior BCCI official told PTI on conditions of anonymity.

Edulji fears a 'cover-up' in the controversy, triggered by Pandya and Rahul's much-condemned statements on Koffee with Karan. The comments have been described as 'inappropriate' by India skipper Virat Kohli.

Brought back midway from the tour of Australia, Pandya and Rahul's immediate fate hangs in balance with the World Cup less than four months away. Rai, in an e-mail to Edulji, said the 'BCCI is not in the business of ending young careers'.

'Please be assured that the desire to conduct the inquiry is not a desire to 'cover up'. The interest of cricket in India has to be kept in mind. The off the ground act of the players was deplorable. It was crass as I said immediately after reading the comments,' Rai wrote.

'It is our responsibility to reprimand them, take corrective action, sensitise them of their misdemeanour and then get them back on to the ground once they have suffered the consequences,' he said.

Rai stated in his mail that the players have been 'shamed' after being recalled from an international tour, the ongoing ODI series against Australia, and principles of natural justice demands that they be heard.

'We have shamed them by recalling them from an ongoing tour. We have suspended them from further games. We need to correct them and not bring their career to a cul de sac by indefinitely delaying a decision. These misdemeanours require swift action, with a corrective approach,' he added.

Dear Hardik Pandya, here's why you needn't apologise to us

The road to redemption for the duo could prove to be tricky. Rai has instructed BCCI CEO Rahul Johri to carry out a preliminary inquiry but board members, along with Edulji, want otherwise.

Rai justified Johri intitiating the probe, citing the BCCI constitution. Edulji feels that Johri, because of past allegations of sexual harassment against him, should not be entrusted with the task.

'The CEO must fulfil his duty as per Rule 41(C) and conduct the inquiry after receiving the explanation of the players. He must ensure that the norms of natural justice are fulfilled,' Raid said.

The e-mail also states that a request has been made to Supreme Court to appoint an ombudsman for the case, on the advice of the legal team.

'During the 17th (January) hearing, we request the hon Court to appoint an Ombudsman. However, in the unlikely event of the Hon. Court not being able to appoint the Ombudsman in the hearing scheduled for the 17th Jan, 2019, we must go ahead and appoint an ad-hoc ombudsman as per legal advice received by us. The Ombudsman, so appointed, can take a final view on the players based on the inquiry report submitted by the CEO,' he wrote.

'It will be interesting what call Khanna will take. If I remember, he once didn't sign the minutes of SGM fearing that it would be in violation of Supreme Court orders. On another occasion, he didn't even attend an SGM,' a state unit member, who was present during both the meetings, said.

'There is a possibility that Khanna may instruct Amitabh Chaudhary to call a normal SGM with 21 days' notice, which a secretary is allowed to,' he added.