Flexible timings for final Test between England and Pakistan

Play can begin 30 minutes earlier than the scheduled 11am start if time is lost due to bad light or rain earlier in the Test, ECB said 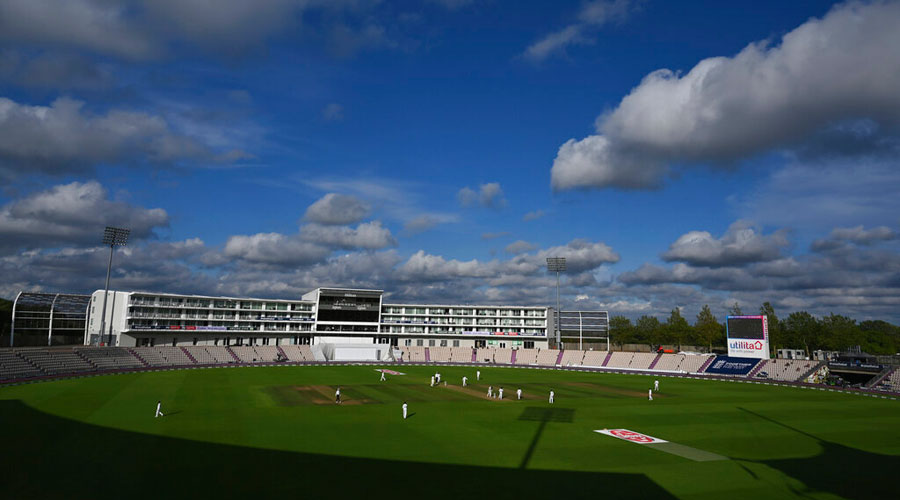 A general view of the Ageas Bowl during the fifth day of the second cricket Test match between England and Pakistan in Southampton on Monday.
AP
Reuters   |   London   |   Published 21.08.20, 03:48 AM

The third Test between England and Pakistan that begins on Friday at the Ageas Bowl will feature revised playing timings to accommodate for poor weather conditions, the England and Wales Cricket Board (ECB) said on Thursday.

Play can begin 30 minutes earlier than the scheduled 11am start if time is lost due to bad light or rain earlier in the Test, the ECB said in a statement.

“The flexible approach will enable the prospect of making up time for inclement weather during the morning session of subsequent days rather than at the end of the day,” the ECB said in a statement.

The ECB also said match officials would ensure that light is monitored to maximise playing time.

England will only decide on the morning of the Test whether to go with an all-seam attack, or select spinner Dom Bess, who has been used sparingly in the summer to date.

“We have not settled on an XI yet, it is so hard to tell with that wicket right now,” captain Joe Root said.

“It has been mostly under cover for the last week, and with the sun finally out and a bit of wind, it could change drastically over the course of today.

“So we want to keep everything on the table and then make a strong call tomorrow.”

England won the first Test by three wickets before the second match ended in a draw.