England's Buttler and Woakes steal the show from Pakistan

The hosts wrapped up the Test with a day to spare, taking a 1-0 lead in the three-match series 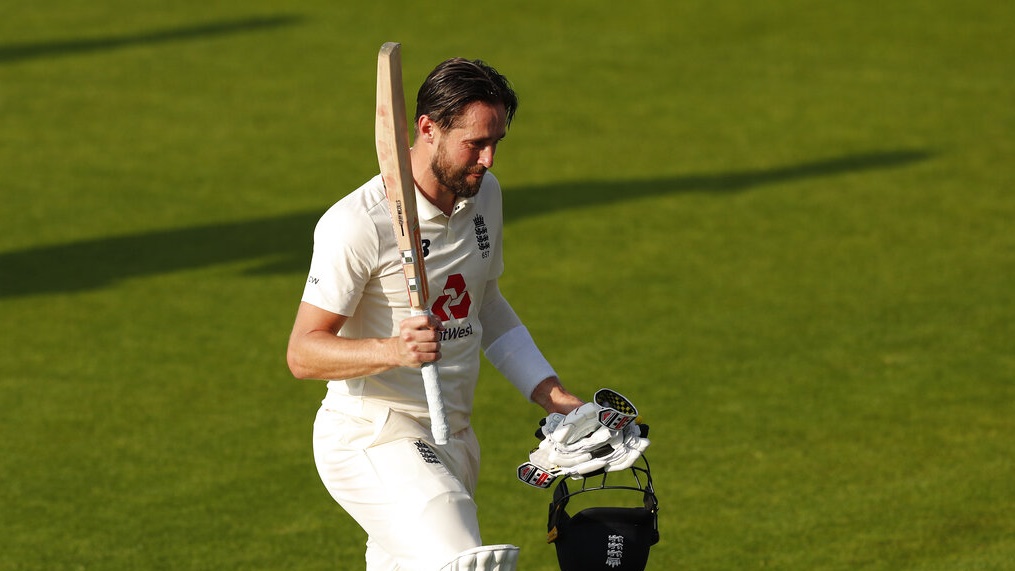 Chris Woakes raises his bat as walks off the field after their win during the fourth day of the first cricket Test match between England and Pakistan at Old Trafford in Manchester on Saturday.
AP
Our Bureau   |   Calcutta   |   Published 09.08.20, 04:04 AM

Jos Buttler and Chris Woakes’s counter-punch earned England a fantastic come-from-behind victory as they beat Pakistan by three wickets on the penultimate day of the first Test at Old Trafford.

Thanks to the duo’s enterprising, superlative and brisk 139-run stand for the sixth wicket, England wrapped up the Test with a day to spare, taking a 1-0 lead in the three-match series.

In pursuit of a challenging total of 277 after Pakistan’s second innings ended at 169, England slumped to 117 for five from a reasonably strong position of 86 for one. Superb bowling from Pakistan had given them a stranglehold midway during Saturday’s afternoon session.

England were under massive pressure then as Buttler (75) and Woakes (84 not out) — their last recognised pair — had a huge task ahead. But forget buckling under pressure, both of them cashed in whenever they sensed an opportunity to score.

Buttler went into the One-Day mode, while Woakes too didn’t hold back.

Buttler did go for a fancy shot or two, though, but made sure he executed them brilliantly, especially when reverse sweeping Yasir Shah, who was beginning to look dangerous yet again.

On the other hand, the shots that Woakes hit were all proper cricketing ones marked by wonderful timing. Together, the duo added 50 off just 49 balls going into tea, with England still 110 runs away from victory.

In the day’s final session, they batted with greater authority. And it’s fair to say that Buttler’s fearless approach kind of rubbed off on Woakes, who once again proved that he could deliver with the bat too.

“After that ball that Ollie (Pope) got, we knew that was the way to go on this pitch. It made up our minds for us and worked into our hands. We wanted to put the pressure back on them,” Woakes, adjudged Man of the Match, said about his partnership with Buttler at the post-match presentation.

“I was second fiddle to Jos, I’d have loved him to be there till the end. Jos is one of the best white-ball players in the world and one of the best run-chasers. Today he showed why.”

Elaborating on his own performance, Woakes added: “I’ve been working hard at nets. I’ve been through a tricky period, but the situation today helped.

“It was pleasing to get the wickets as well and I felt really good with the ball.”