Dinesh Karthik power gets India back 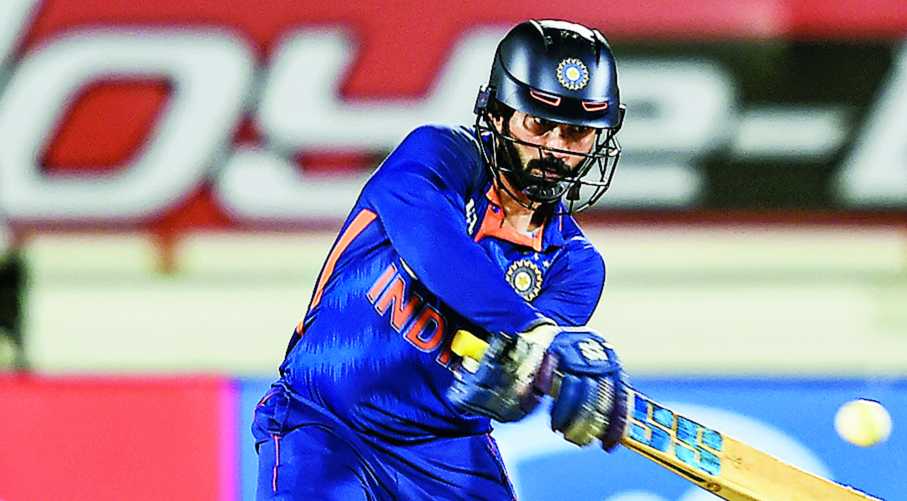 India batsman Dinesh Karthik hits a reverse sweep during the fourth T20I against South Africa in Rajkot on Friday
PTI
Our Bureau   |   Published 18.06.22, 12:51 AM

At 37 years, Dinesh Karthik had placed himself firmly for a possible recall to the India squad for the T20 World Cup following his exploits in the IPL. Even the legendary Sunil Gavaskar had vouched for his inclusion as a finisher, saying age shouldn’t be an impediment in cricket.

On Friday, Karthik showed that he means business in the game’s shortest format. The wicketkeeper-batsman smashed 55 off 27 balls as India reached 169 for six against South Africa in the fourth T20I in Rajkot. Karthik hit nine boundaries and two sixes during his innings before being dismissed in the final over.

In reply, South Africa folded for a paltry 87 with captain Temba Bavuma retiring hurt. The 82-run win means the series is levelled 2-2 with the decider scheduled on Sunday in Bangalore.

It was mainly because of Karthik’s stunning knock, in partnership with Hardik Pandya, that India added 73 runs in the last five overs. Dwaine Pretorius bore the brunt of Karthik’s onslaught towards the closing stages. It was Karthik’s first half-century in T20Is in almost 16 years since his  debut in 2006.

South Africa’s reply wasn’t good. After captain Bavuma had retired hurt, Quinton de Kock was needlessly run out. Pretorius, woefully out of form, also didn’t last long. But questions will be asked about the pitch with the cracks causing the ball to bounce dangerously while some kept very low.

The Indians were struggling at 81 for four before a 65-run stand between Hardik (46 off 31) and Karthik brought them back into the game. South Africa put the Indians on the back foot in the Powerplay overs despite the absence of their lead bowler Kagiso Rabada due to an injury. It was a chance for the visitors to test out the likes of Marco Jansen and Lungi Ngidi in the lead-up to the World Cup.

The start had been good as India reached 40 for no loss after six overs. But a ball later Ishan Kishan, who played some fine strokes en route to his 27 off 26, was dismissed by Anrich Nortje. Kishan tried to guide a short ball to third man but ended up top-edging it to De Kock.

India’s top-three have not looked comfortable against pace in the series. Ruturaj Gaikwad was the first to depart, done in by Ngidi’s extra bounce that found his bat’s outside edge. Shreyas Iyer, who has been troubled by the short ball, missed a good length ball from Jansen which seamed back a little. It was Jansen’s first wicket in T20Is.