The wicketkeeper-batter, dismissed just once in this edition going into Saturday’s game, came up with another exhilarating knock at Wankhede 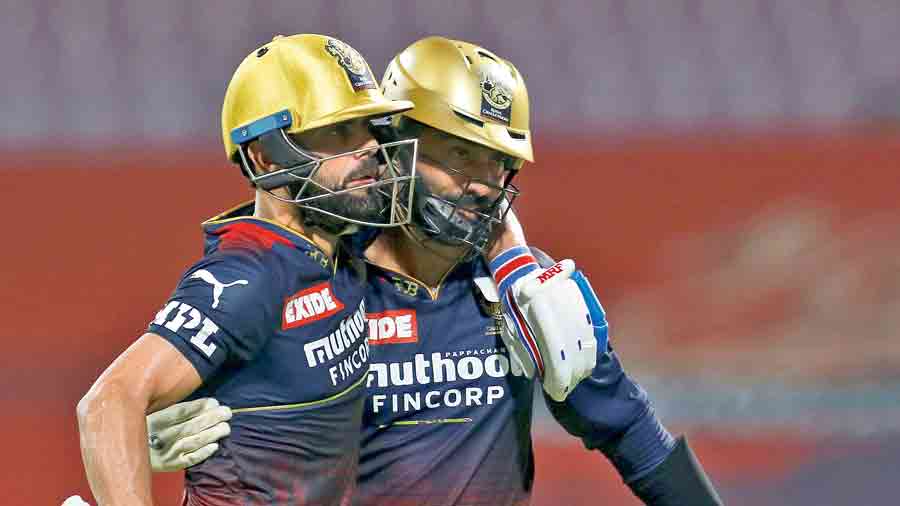 Dinesh Karthik wants to do something special for India, which he said at the post-match presentation after being adjudged Man of the Match in Royal Challengers Bangalore’s win over Delhi Capitals in Mumbai on Saturday.

The wicketkeeper-batsman, dismissed just once in this IPL going into Saturday’s game, came up with another exhilarating knock (66 not out off 34 balls) that was key to RCB’s 16-run victory at the Wankhede.

Agreed, Karthik has got a reprieve or two thus far in this IPL in the form of dropped catches. But one must credit him for remaining composed and making minimum unforced errors, which too have aided his batsmanship and consistency as a finisher.

So in terms of numbers at least, Karthik has every reason to feel optimistic about making an India comeback in the T20I format, having last donned the blue jersey in the 2019 World Cup semi-final clash versus New Zealand in Manchester.

But will the comeback be easy for Karthik even if he finishes this IPL with even better figures, especially when there’s no dearth of options at present for Team India?

“Right now, DK is playing the role of a finisher to perfection. But it all depends on the availability of slots in the Indian team and what kind of a role he could be allotted,” former chief selector MSK Prasad told The Telegraph on Sunday.

“It also depends on the selectors’ thought process. If they feel there is a slot available, I think DK’s a good option for that finishing role then,” Prasad added.

The role and position in the batting order assumes a lot of significance, pointed out Devang Gandhi, another former national selector. Looking back at that 2019 World Cup semi-final, which India lost by 18 runs, Devang stated: “DK was played in the wrong slot (No.5) in that game, especially when he was selected as a back-up wicketkeeper.”

Devang, though, isn’t too optimistic about Karthik’s return to the Indian T20I team. “We already have two wicketkeeper-batsmen for T20Is in the XI: Pant and KL (Rahul). KL can also keep if needed. So DK can be a third option, but mind you, Ishan too is there,” the current Bengal U-19 head coach said.

With his execution as a finisher being top-class, Karthik is also quite capable of playing as a specialist batsman. But will the current Indian team management spare a thought on this aspect?

“The way DK’s playing, he has found his niche as a finisher. And as long as someone’s playing, the door is never really shut. So he’s definitely one of the options now at Nos. 5, 6 or 7,” feels former India wicketkeeper-batsman Deep Dasgupta, now part of the IPL broadcast team.

Devang, too, believes Karthik is “making a strong case for himself”, but he comes up with a rider too. “We have other specialist batsmen as well. Ideally, we require someone who can bowl as well. Hardik (Pandya) has been doing well with the ball too lately.

“But yes, DK is making a strong case for himself in case there’s an injury to any of the first-choice ’keeper-batsmen.”