PBKS slip to seventh with Kolkata Knight Riders now up at No.6 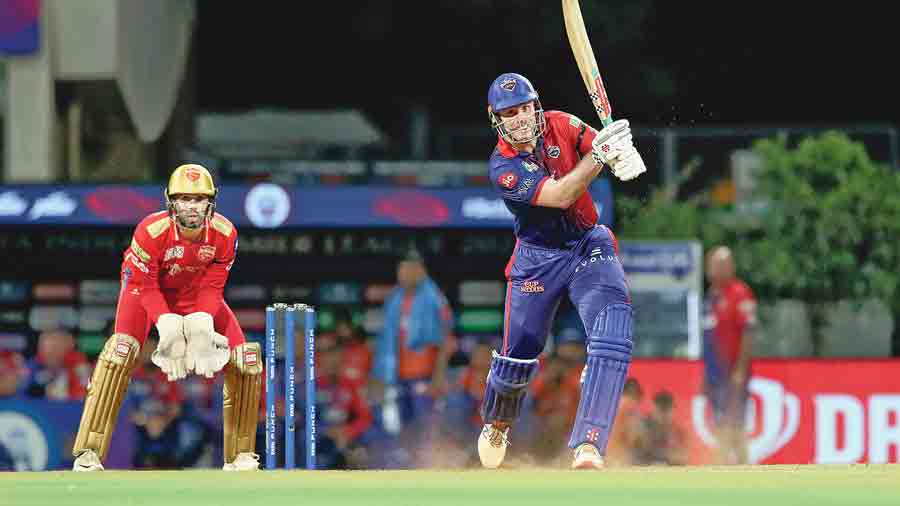 Liam Livingstone proved he’s capable of delivering with the ball as well. Something he had done in a few matches for England during last year’s T20 World Cup in UAE.

On Monday at the DY Patil Stadium in Navi Mumbai, the 28-year-old showed he could do far better than a part-time spinner, finishing with 3/27 in his four overs that helped Punjab Kings limit Delhi Capitals to 159 for 7.

But with the bat, which is his main job, the Englishman failed as the Delhi bowlers, led by Shardul Thakur (4/36), did a magnificent job to restrict Punjab to 142 for 9 and record a 17-run victory.

Alongside Shardul, who brought Delhi back in the game by dismissing Bhanuka Rajapaksa and Shikhar Dhawan in three balls in the sixth over of Punjab’s run chase, spinners Axar Patel (2/14) and Kuldeep Yadav (2/14 in 3 overs) were also equal to the task. Axar cleaned up Punjab skipper Mayank Agarwal for nought before Kuldeep foxed Livingstone to have him stumped.

Anrich Nortje, too, contributed by picking up Jonny Bairstow, who looked dangerous.

In other words, Delhi’s bowlers kept striking in regular intervals that covered up their batsmen’s disappointing showing, which had almost made Mitch Marsh’s effort (63 off 48 balls) go in vain.

Courtesy this victory, Delhi, now with 14 points, displaced Royal Challengers Bangalore from the fourth place by virtue of a better net run rate. Punjab have slipped to seventh with Kolkata Knight Riders now up at No.6.

Earlier, it was purely due to Marsh that Delhi could get near 160. The recklessnessof David Warner, captain Rishabh Pant and Rovman Powell against Livingstone had undone the good work of Sarfaraz Khan (32), who came in for KS Bharat, and Lalit Yadav (24). Both assisted Marsh well during the respective second and third-wicket stands.

Warner, Pant and Powell, who all fell off Livingstone’s bowling, were primarily responsible for Delhi’s inability to post a 170-plus total.

Pant began with a one-handed six over long on. But missed the line of the ball as he stepped down the track and got stumped off Livingstone’s bowling.

Just like Marsh ran out of partners in the first half of the game, wicketkeeper-batsman Jitesh Sharma (44) had no established batsman to give him some support when Punjab started losing wickets in a heap.