Senior Lanka player brings up his century off 183 balls 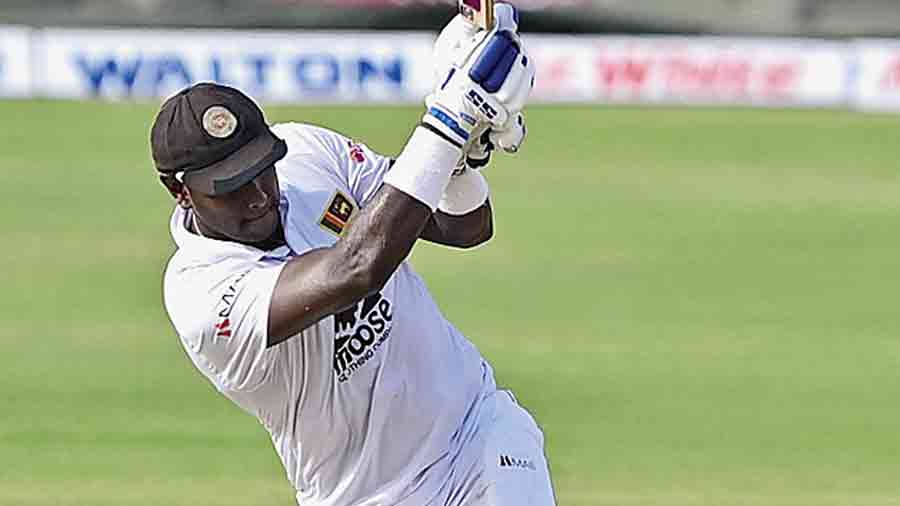 Sri Lanka dominated the opening day’s play in the first Test against Bangladesh, in Chattogram on Sunday, with Angelo Mathews leading the show.

Mathews hit his 12th century as the islanders reached 258/4 when the stumps were drawn on Day I. Mathews was batting on 114 with Dinesh Chandimal on 34.

After captain Dimuth Karunaratne won the toss and opted to bat on flat track, the hosts benefited from a 92-run third wicket partnership between Mathews and Kusal Mendis, who made 54.

The Lankans, however, didn’t have a good start as Bangladesh off-spinner Nayeem Hasan, who returned figures of 2/71, bowled with good control. Nayeem trapped Karunaratne lbw early in the match. Oshada Fernando tried to put the pressure back on the visitors as he played his shots freely. But Nayeem dismissed him just before lunch to put Lanka under pressure.

From 66/2, Mathews and Mendis started the repair work and stayed unconquered in the second session. Thereafter, Lanka had the upper hand in the contest.

Bangladesh could have been in a better position had not Mahmudul Hasan Joy dropped a catch at slip when Mathews was on  69. The senior Lanka player brought up his century off 183 balls.