Absolutely nothing to worry about, Bumrah is ready: Suryakumar Yadav 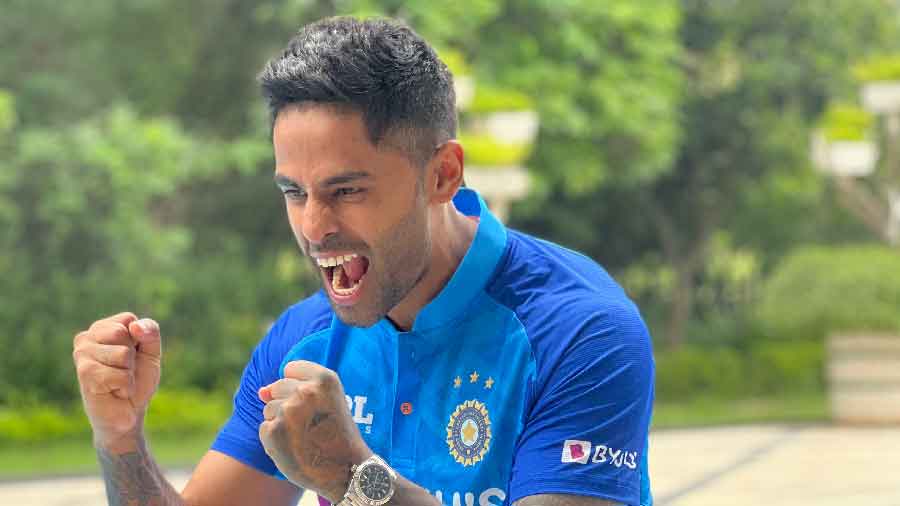 India batter Suryakumar Yadav on Thursday played down concerns regarding Jasprit Bumrah's fitness, saying there is "absolutely nothing to worry about" and the pace spearhead is ready to return after recovering from his back injury.

Bumrah didn't feature in the opening T20I against Australia with the team management deciding to give the pacer a little more time since he was returning after recovering from a back injury.

The India pacer has been out of action since the end of the England tour and also skipped the Asia Cup due to the injury.

"Actually I am not aware of any such communication, it is not my department, you should not ask me about it (laughs), these are for physios and team management to answer.

"But in the team, the environment is good and all are first-class fit and ready for second T20I," Suryakumar said during a virtual press conference when asked about Bumrah's match fitness and also where Umesh Yadav fit in the scheme of things.

When he was probed further on Bumrah, Suryakumar said: "Absolutely, he is ready, nothing to worry."

India, sans Bumrah, put up a shoddy performance as they failed to defend 208 in the series opener, with the pacers going for 150 runs.

However, Suryakumar came out in defence of the bowlers.

"Actually after the last game, we didn't have any discussion but as you have seen last day the match went on long and there was also dew, and you also have to give credit to them, they kept attacking, we are trying our best," he said.

In his comeback match, Harshal Patel conceded 49 runs for no wicket, which included a 22-run 18th over.

Asked if Harshal's variations are becoming predictable, Suryakumar said: "He is very deceptive. I don't bat in net sessions much, but as much as I have played him and also Bhuvi (Bhuvneshwar) bhai is also difficult to decipher...

"But Harshal's slower balls and his different variations are really deceptive and he has just come from an injury, so this much benefit of doubt should be allowed."

"Assessing the pitch is very important. Everyone is playing their role, they know their responsibility, what they have to do in different situations.

"The openers know their role really well and then it comes down to middle order how we need to set up the game of what they have to do so, and it was set up well by the finishers, everything is going on really well and we will look to do it again and again," he said.

Asked if any particular role has been assigned to him to attack the spinners in middle orders, Suryakumar quipped: "I have hit two sixes against fast bowlers also, so I should get a little credit for that, what say?"

"I'm very flexible, no particular role. Actually plan myself for every situation. I am flexible to bat in anywhere, whichever number I'm asked to bat, I know I just have to do my role and I am happy to do it."

Suryakumar had scored a 25-ball 46, which was studded with two fours and four sixes, in the opening match.

India skipper Rohit Sharma was quite animated in Mohali, and on one occasion, he was seen grabbing wicketkeeper Dinesh Karthik after the India skipper went with his instinct for a DRS call, which saw Glenn Maxwell walking back to the hut in the 12th over.

Asked about the situation, Suryakumar said, "In the field, there is a lot of pressure, so it is important to have some laughter to lighten the situation but the focus is always there on the game.

"In DRS, what happens is sometimes, the sound of an edge doesn't reach the back and Rohit and Dinesh know each other very well, they have been playing for so long, so they engage in banters."

Karthik was not quite convinced as he didn't hear anything, but eventually, DRS showed that Umesh Yadav had induced a fine nick off Maxwell's bat.