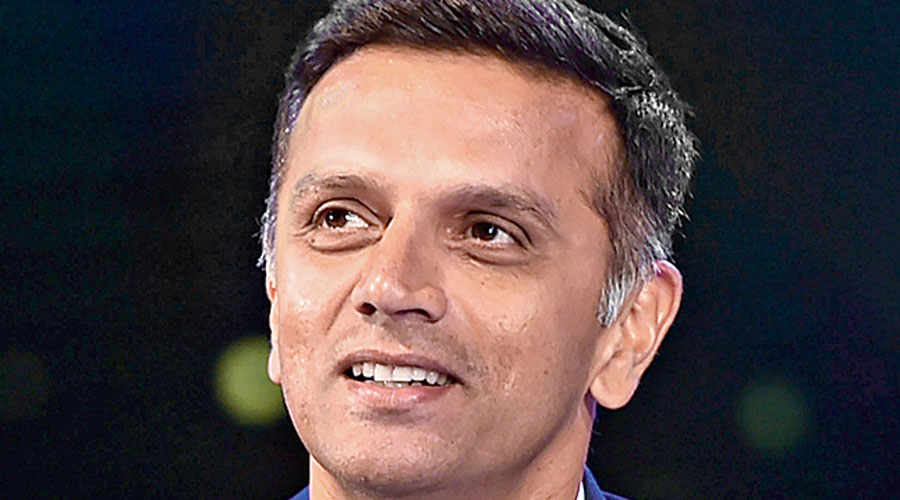 Senior India speedster and vice-captain for the ongoing tour of Sri Lanka, Bhuvneshwar Kumar, says his role as Shikhar Dhawan's deputy would be to help other players in "improving their skills and mental health" during the upcoming limited-overs series. In the absence of regular skipper Virat Kohli and the main side, who are currently touring England, Dhawan will lead a second-string Indian team in the series starting July 13.

"Yes, on paper, it is my role (vice-captain), but I don't think things will change. I think being a senior player my role is to do things that help other players in improving their skills and mental health," Bhuvneshwar, who has 138 wickets from 117 ODIs, told Star Sports show 'Cricket Connected'.

Legendary former captain Rahul Dravid has been named as the head coach for the assignment, which comprises three ODIs and as many T20s to be played in Sri Lanka.

"I have played against him (Rahul Dravid) and he was a part of the RCB (Royal Challengers Bangalore) team just when I got inducted into the team," Bhuvneshwar said. "So, I don't have any such memories with him, but when I got to the NCA (National Cricket Academy), we did have some chats," he added. Bhuvneshwar said he would look to pick Dravid's brain on management.

"...I am lucky that he (Dravid) is the coach. The young players have played under him for India A. So, we want to work under him and pick his brain and want to understand how he manages things at that level for such a long time," added the 31-year-old Meerut-born right-arm pacer.

"Being the vice-captain of Team India is an honour and a responsibility. So, I will try to continue doing the things that I have been doing and hope our team does well on this tour," he signed off.

The high of a successful debut series behind him, Indian batsman Suryakumar Yadav on Tuesday said he would be looking to "start from the scratch", eager to learn from "calm and composed" head coach Rahul Dravid.

Yadav made his India debut in the T20 format during the home series against England, in which he scored a half century and was generally impressive.

"Pressure will be there, because if there is no pressure, there is no fun, so as I said, it will be a great challenge and I am really looking forward to it," said the aggressive right-handed Mumbai batsman.

Asked if a successful debut series would help him cope better with the pressure, Yadav said, "I think, that (debut series against England) was a completely different challenge and every-time you come, I mean for a batter, every-time you go in or play a different game, you start from scratch."

Yadav said that he would be working for the first time with Dravid.

"...it is a great opportunity for everyone, having a tour amid this situation, it is a great challenge and responsibility for each and everyone to come out here and express themselves.

"And the great thing is having Rahul (Dravid) sir around, I have heard a lot about him.

"I think this is my first tour with him but I have heard a lot from many players that he is very calm and composed when it comes to this role," added the 30-year-old.

The Mumbai player also said that his job with the national side is the same as it is for his IPL franchise Mumbai Indians.

"I think I have been doing the same thing what I did for my franchise back in the IPL. When I made my debut, the same happened, I did not do anything different, it was all the same.

"I have been enjoying that role really well in whatever position they send me to bat, I will be the same. I just go out and express the same way on how I do in every game and I really enjoy it," he added.

Yadav also revealed that all-rounder Hardik Pandya bowled in the intra-squad game and in the nets. Pandya's bowling has been severely restricted by his fitness issues in the past few months.

"He (Hardik) did bowl in the England series. During the IPL, he did not bowl. He bowled in the intra-squad game and he bowled in the nets. So, it is his and the team management's call on how they want to go about it, but yes, he is bowling. That's a very good sign," said the Mumbaikar.

Yadav also bushed aside suggestions that adapting to the conditions would be a challenge here.

"...we have played in these conditions, we play in Mumbai, Chennai, where heat is heavy, humidity is high, and most importantly we have come here 15-20 days early to get acclimatised to these conditions, it will be fine," he said.

Asked about the team being called second-string and reaction within to it, Yadav quipped, "We are not thinking about that, we are just here to have some fun, enjoy this series and take a lot of positives from here." According to Yadav, the team atmosphere is very relaxed.