Cricket Australia: Will get large crowds

Virat Kohli will be leading India in the opening Test — the Day-Night encounter in Adelaide, but will return home after that to be with his wife Anushka Sharma for the birth of their first child 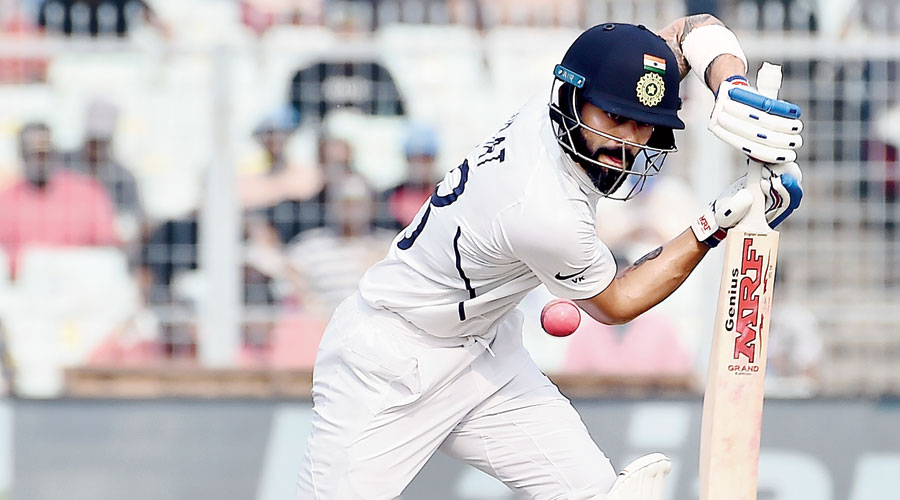 Virat Kohli’s absence after the first Test of the Border Gavaskar Trophy will not affect Cricket Australia financially.

The Team India captain will be leading India in the opening Test — the Day-Night encounter in Adelaide, starting December 17 — but will return home after that to be with his wife Anushka Sharma for the birth of their first child.

“We absolutely respect Virat’s decision. We are delighted that he will captain the side in each of the ODIs and the T20Is and the first Test,” CA’s interim chief executive officer Nick Hockley said during an interaction facilitated by official broadcaster Sony.

“This series is of great importance to world cricket and Australian cricket. It’s a testament to all cricketing nations that we could get international cricket up and running in a safe way. The series will be played in front of large crowds.”

Hockley ruled out the possibility of hosting a full series of Day-Night Tests in the near future. “What I can say is that Day-Night Tests over the last 3-4 seasons have become a much-loved feature of the Australia summer. The anticipation and excitement around this first-ever Day-Night Test against India has been taken to a different level, given the rivalry.

“At this stage, we have not contemplated on a full Day-Night series but certainly Adelaide has become the home of the Day-Night Test in Australia. There is a history there. We expect the Australian and Indian fans to travel for what will be a historic match.”

Asked if CA and BCCI have at any point discussed the easing of quarantine rules for Kohli’s return, Hockley said: “Quarantine arrangements are well described. In relation to Kohli’s plans close to the first Test, we have made discussions.”

Hockley confirmed that the Day-Night Test in Adelaide would go ahead as scheduled.

“You are aware that there was a small, contained cluster of Covid cases last week. We have been working very closely with the South Australian government and at this stage, we have been given assurances that it has been contained,” Hockley said. “The lockdown that they were under ended last Saturday. So at this stage, all assistance goes for the Adelaide Test.”