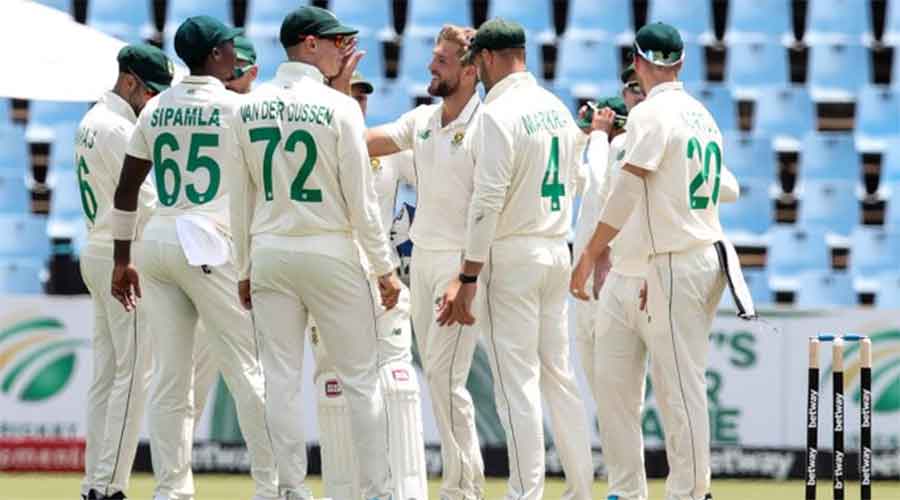 Cricket Australia’s interim chief executive officer Nick Hockley says they explored every possible option, including offering to host South Africa for a Test series, after postponing a tour of that country due to a fresh outbreak of Covid-19 cases.

CA said on Tuesday it was forced to postpone the tour starting next month owing to “unacceptable health and safety risk” in South Africa because of the pandemic.

Cricket South Africa (CSA) expressed its “extreme disappointment” over the postponement, forcing Hockley to come out in CA’s defence.

“We did offer to host the series here but Cricket South Africa made that very clear that they’ve got lots of other commitments and quarantine periods and the like that wasn’t feasible,” Hockley was quoted as saying in Australian media.

“Certainly we made the formal offer to host. Cricket South Africa, and we respect it entirely, made their position very, very clear. We worked as hard as we could to try and make it happen but it came to a point where people would have to do pre-departure protocols and enter bio-secure environments in preparation (to travel). We gave ourselves every shot and couldn’t have left it any later.”

Former England skippers Michael Vaughan and Kevin Pietersen on Wednesday questioned Australia’s decision and expressed doubts if they would have done the same with a powerful cricket nation like India.

“The Aussies pulling out of the tour of SA is a huge worry for the game ... Would they have pulled out of a tour to India is the question ?? !!,” Vaughan wrote on his Twitter handle.

Former star batsman Pietersen, who had captained England for a brief time during his career, tweeted: “No way @CricketAus would have not played India in a Test tour. It’s a really dark time in the world of cricket with CA cancelling their tour of @OfficialCSA.