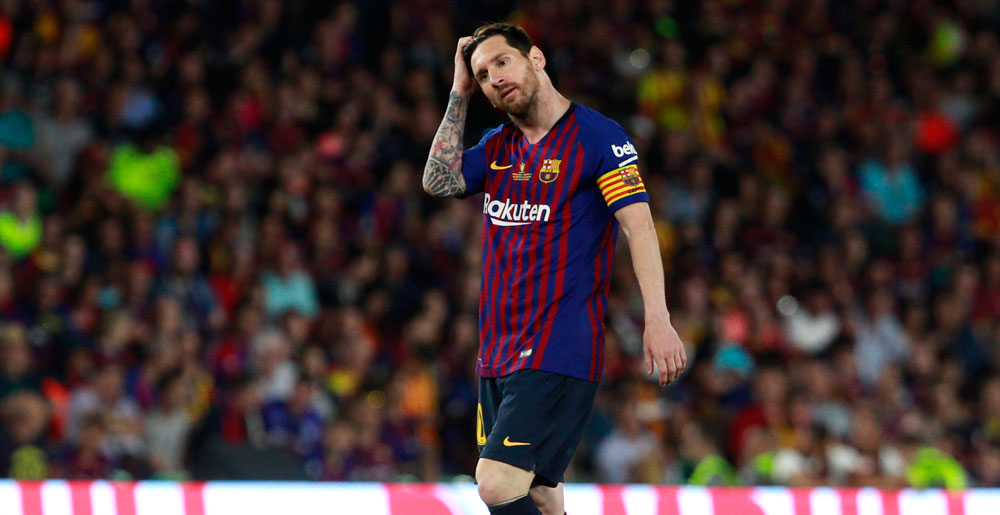 Lionel Messi believes he is better off not thinking too much about the risk of being infected by the coronavirus as Spanish football clubs step up their return to activity, saying he looks forward to getting back to playing matches.

Messi and his Barcelona teammates have been back at the club’s training ground conducting individual sessions since last week, following La Liga’s four-phase protocol for returning to activity since it was halted in March.

All 11 remaining rounds of fixtures in La Liga will take place without spectators, with president Javier Tebas saying last week that matches could start as soon as June 12.

While some players and clubs have spoken out against football returning out of fear of picking up the virus or passing it on to others, Messi said a restart was no riskier than leaving home for any other reason.

“There’s a risk of infection everywhere, when you leave your house there’s a risk, so I think we shouldn’t think too much about it because if you do you won’t want to go anywhere,” Messi told Spanish newspaper Mundo Deportivo on Friday.

“But we must understand that it’s essential we comply with the protocols and follow the prevention measures as much as we can. Returning to training is the first step but we shouldn’t get complacent.”

Messi said he is excited about returning to matches but voiced his opposition to La Liga’s proposal for teams to be quarantined together once matches resume.

“Personally I’m looking forward to the competition returning. We know it’s going to all be very strange, without anyone in the stands,” said the Barca captain. “With regards to being quarantined, the truth is we don’t like the idea of being separated from our families at all but we’ll have to see what the final plan is.”