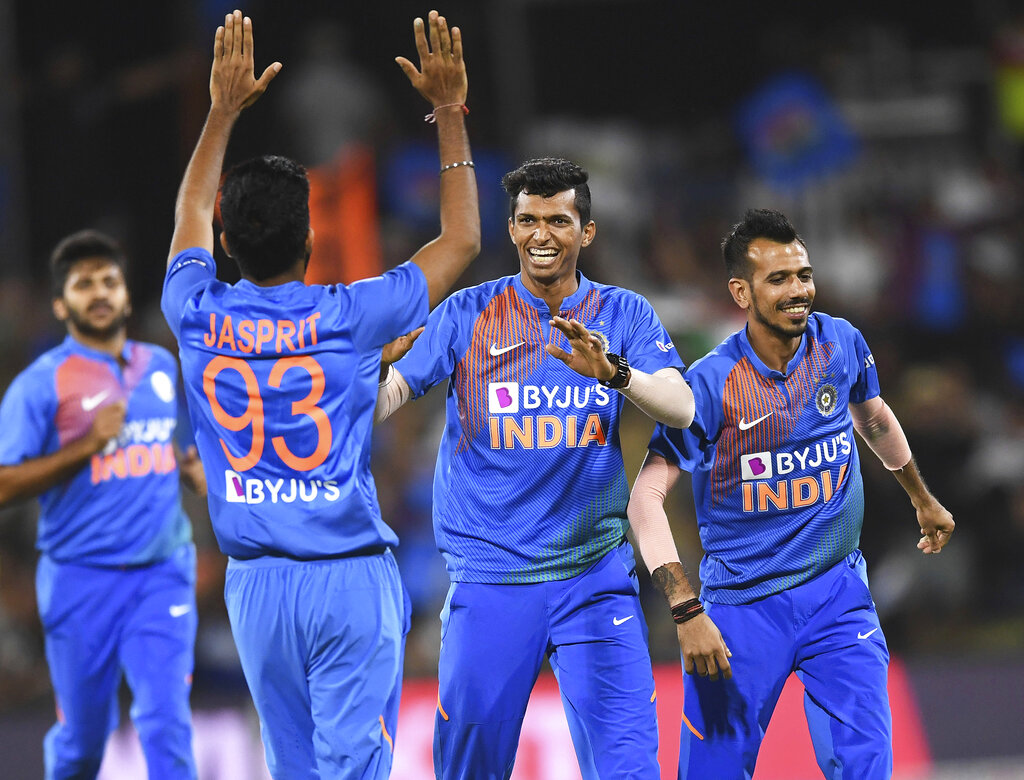 Virat Kohli was not there in the thick of action on Sunday, opting to sit out of the fifth and final T20 International against New Zealand, but his team-mates still ensured that India continued their dominant run with yet another win.

New Zealand once again choked chasing a 164-run target to lose by seven runs thereby giving India a 5-0 series sweep. This was only the third time that India clean swept the opponents in away T20I series. India had blanked the West Indies 3-0 in 2019 and beat Australia 3-0 in 2016.

The India captain was undoubtedly proud of his boys.

“All of us are really proud of how we played. It’s about finding ways to win.

“Today, all these young guys were on the field. After Rohit’s unfortunate injury, them coming together and handling the pressure well was great to see,” Kohli said after the match.

“We need everyone to be the best versions of themselves. These kind of victories give more satisfaction than one-sided wins,” he added.

Rohit Sharma, who was captaining the side in Kohli’s absence, wasn’t on the field when India bowled due to a calf-muscle injury. KL Rahul led the side instead.

Rahul, speaking at the post-match media conference, highlighted how the unity in the dressing room is helping the current India team to perform better.

“Playing with each other, we are enjoying a lot for the last 2-3 years and we help each other out. There is no senior-junior (divide) in the dressing room, we have a common goal and that is to win together for the country and the team,” said Rahul.

“Travelling away and winning a series 5-0 doesn’t happen too often. So the next couple of days we will enjoy that, put our feet up and relax. Obviously we have the confidence going into the ODIs. We have been doing well for the past couple of years. Our recent form for 3-4 months has been great too.”

The Indian pacers, led by ever-reliable Jasprit Bumrah, shared seven wickets among them for 25 runs in match-changing 7.2 overs to restrict the Kiwis to 156 for nine. Bumrah conceded just 12 runs in his four overs and got rid of three batsmen, bowling block-hole deliveries during death overs.

India’s total was built around Rohit’s 60-run knock after they elected to bat. Tim Seifert (50) and Ross Taylor (53) kept the Black Caps in hunt for a consolation win but the hosts again fell near the finish line. “Our bowlers are now fearless with experimenting and are not worried about getting hit. Today too, without Virat, I couldn’t really do much behind the stumps. I cannot run every ball. They were coming up with their own plans. It was great to see they know what to do and more often than not they did what they wanted to,” Rahul said.

Rahul, however, complained that turning up so frequently for international matches “is hard on the body”.

“Every month we have been playing so many games. It is hard on the body so we have been working hard, to stay mentally and physically fit to keep putting up performances like this,” Rahul said.

“Every time we have been challenged and pushed, we played some really competitive teams.

“We have always stayed calm, that’s been the biggest takeaway. We have a common goal as I said and we are working towards it.”