Williams, 37, has made it to the finals at four of the first seven Grand Slam she played in after having a baby 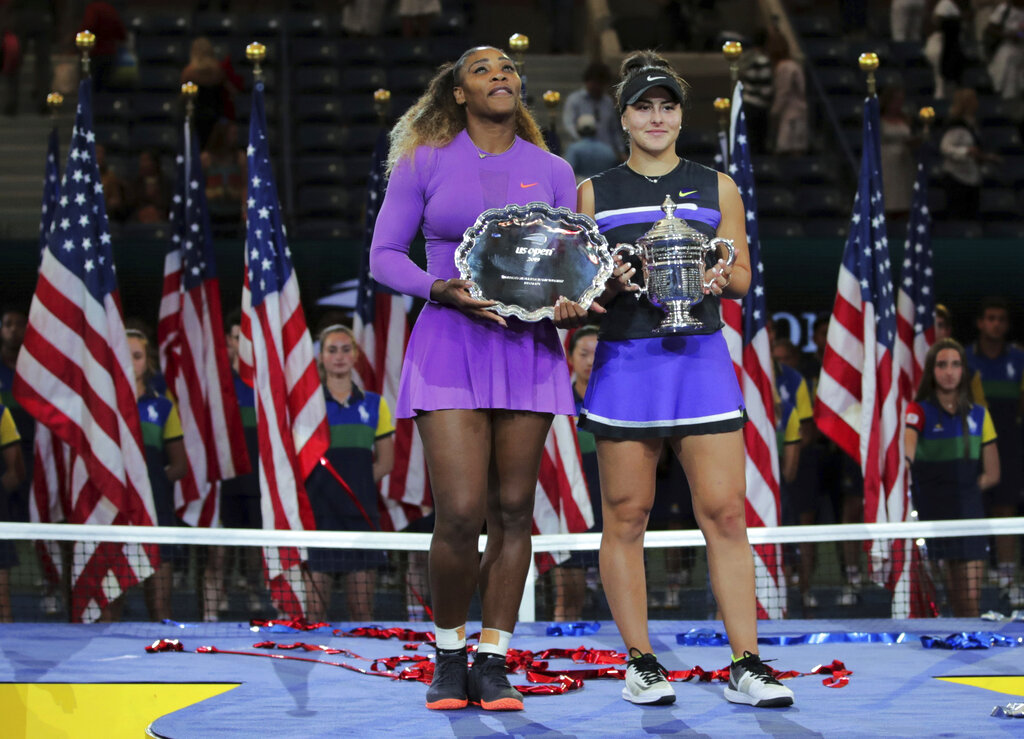 Serena Williams, of the United States, left, and Bianca Andreescu, of Canada, pose for photos after Andreescu won the women's singles final of the US Open tennis championships on Saturday, September 7, 2019, in New York
AP Photo
AP   |   New York   |   Published 08.09.19, 09:08 AM

Maybe someday, in the distant future, Serena Williams will look back and be proud of herself for making it to the final at four of the first seven Grand Slam tournaments she played in after having a baby.

Not right now, though.

On Saturday night, Williams, as fierce a competitor as tennis has seen, could only focus on the fact that she lost each of those title matches. The latest instance came at the U.S. Open, when she was beaten 6-3, 7-5 by 19-year-old Bianca Andreescu of Canada, who won her first major championship and stopped Williams from claiming a record-tying 24th.

'I feel like, in 20 years, I definitely will be like, 'Wow, that wasn't so bad,'' the 37-year-old Williams said, her words halting, her voice scratchy. 'It's very hard right now in the moment to, like, take this and say, 'It didn't work out for you today.' It's really hard right now to take that moment in and to say, 'You did OK,' because I don't believe I did.' 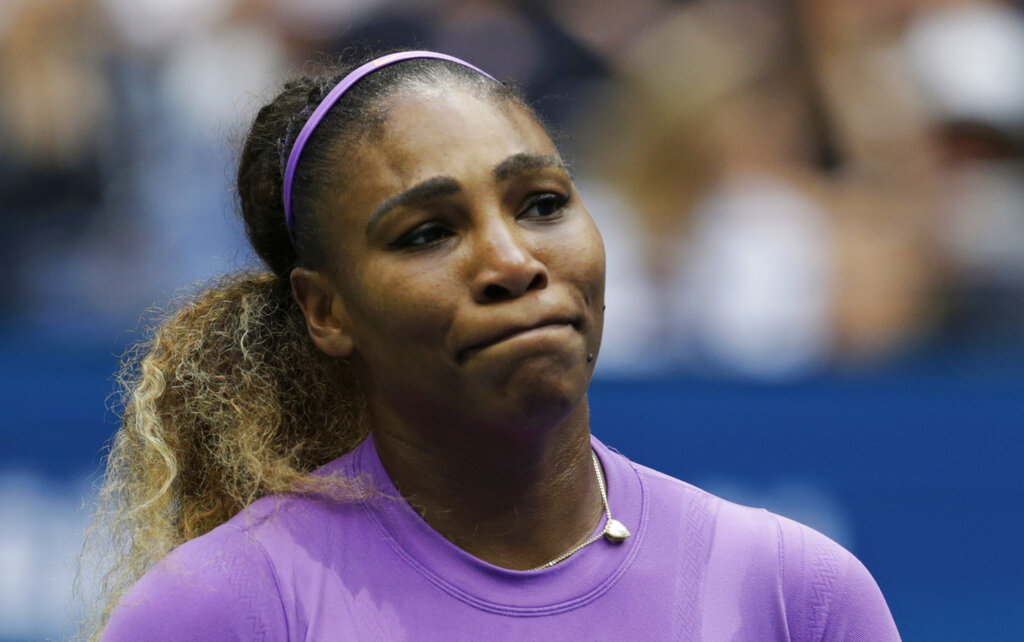 Serena Williams reacts after losing a point to Bianca Andreescu during the US Open women's singles final on Saturday, September 7, 2019 in New York
AP Photo

She has not won a title of any sort since the Australian Open in January 2017. That allowed her to break a tie with Steffi Graf for most Slam titles in the Open era, which began in 1968, by collecting No. 23.

Only Margaret Court, with 24, has more in the history of tennis.

'Nobody has pressure like Serena. No one,' said her coach, Patrick Mouratoglou, who was cited for trying to send Williams signals in last year's U.S. Open final, leading to a series of arguments between her and the chair umpire.

Williams gave birth in September 2017 and since returning to the tour last year, she has managed to play in two finals apiece at Wimbledon and the U.S. Open.

Each time, she fell short of victory. And each time, Williams lamented not quite playing up to her own high standards.

'All of it honestly, truly is super frustrating. I'm, like, so close, so close, so close, yet so far away,' Williams said. 'I don't know what to say. I guess I've got to keep going if I want to be a professional tennis player. And I've just got to just keep fighting through it.'

Against Andreescu, who was seeded No. 15 and playing in her first major final and her debut in the main draw at Flushing Meadows, Williams started poorly, double-faulting twice in a row to drop the very first game.

She wound up with eight double-faults, three that came on break points, and made a total of 33 unforced errors, nearly twice Andreescu's 17.

Trailing by a set and 5-1 in the second, Williams erased one match point and prolonged the match, eventually getting to 5-all. But she wouldn't win another game.

US Open: Solid career ahead for Sumit Nagal, says Federer after losing a set to him

Serena Williams is grabbing attention, some of it even for tennis