Kohli said as a captain, he is lucky to have him in the ranks 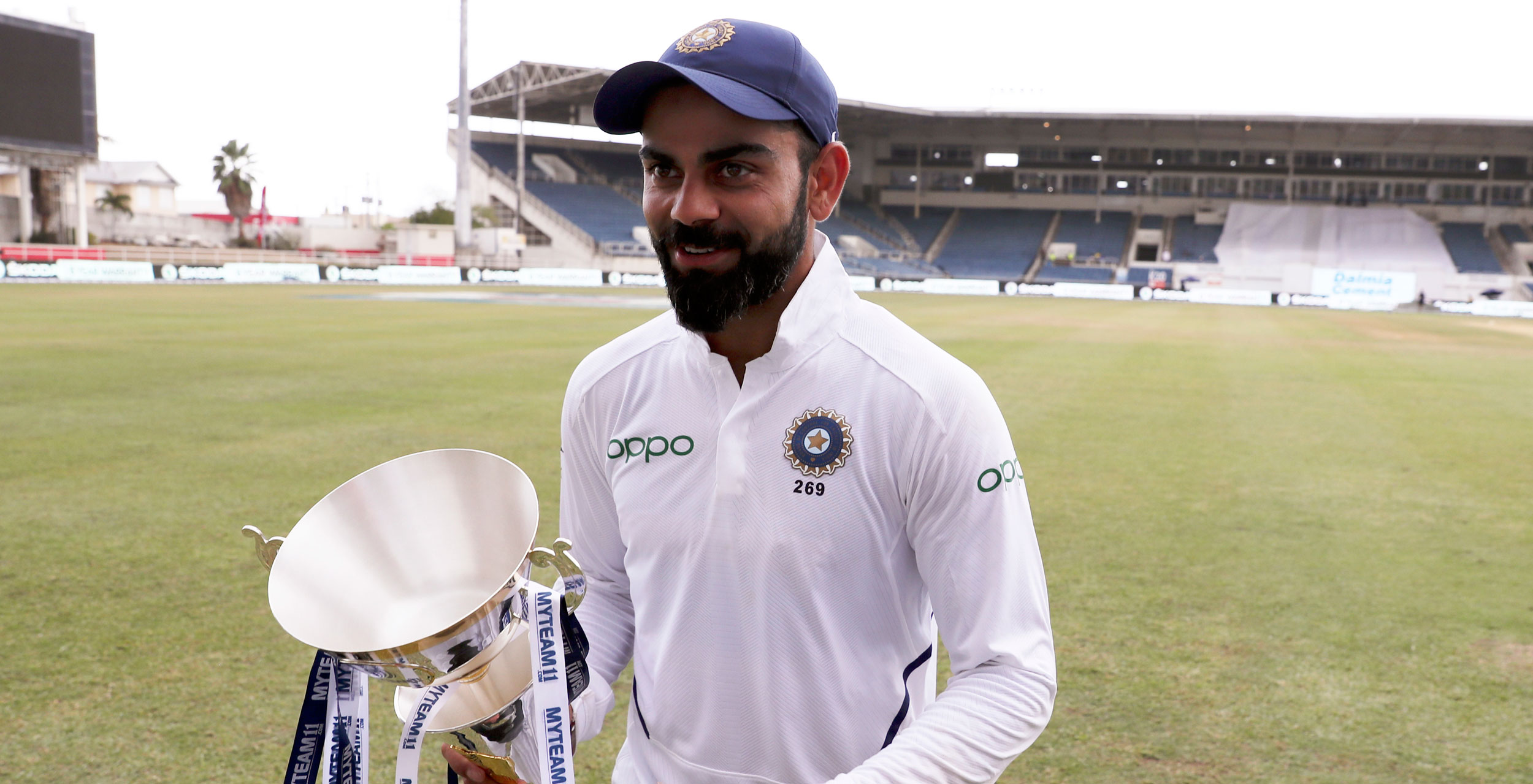 Bumrah picked up 13 wickets in two Tests against the West Indies in the just-concluded series at an average of 9.23, including a hat-trick.

“He confuses with his angles, swing and pace. I think he is the most complete bowler in world cricket right now,” Kohli, who has become the country’s most successful captain, said after India’s 257-run win in the second Test in Kingston. “It’s really pleasing to see how a guy who was tagged a T20 specialist came and took over the ODI scene and now Test cricket. He is proving people wrong that there is a set template for every format.”

Bumrah became only the third Indian cricketer to register a Test hat-trick during his lethal opening spell in the West Indies’ first innings here.

Kohli said as a captain, he is lucky to have him in the ranks.

“He (Bumrah) definitely wants to be the best bowler in the world. He has moulded his life like that, he has moulded his discipline, his work ethic. The way he trains, the way he takes care of his diet, he has absolute control over what he is doing,” he said.

Kohli said it is difficult not to feel for the batsmen who are left bamboozled by Bumrah’s pace and variations.

“There is not much you can say about Jasprit and the way he has been bowling. All we can say that we are really lucky to have him in our team. Very rarely do you find a pack of bowlers who are hunting together, bowling for each other, bowling in partnerships,” Kohli said.

“When he (Bumrah) gets some kind of momentum then you can see what he can do in 5-6 overs with the new ball in the first innings. I haven’t seen many more lethal spells than that. Standing in slips, you feel for the batsmen,” he added.

“It’s the control we can bank on with Jadeja. He is probably been our most consistent and most accurate bowler away from India. There is a reason why he is constantly playing in the XI,” he said.

“Even when the wicket is not supporting your bowling, he still gives you control. He is always in the game and that’s his USP. With the bat, with the ball and in the field, there is no one better than him in the world.

“He is just in a great zone right now. He is willing to contribute for the team all the time. You can see that he wants the ball, he wants to do the job for the team,” Kohli said.

He picked Hanuma Vihari for special praise and said the Andhra batsman was the “find of the tour”.

Vihari emerged as the top run-getter with 289 runs that included a century and two half-centuries.

Kohli said: “The way he has batted under pressure... On a much, more challenging wicket here in Jamaica, I think his skill sets were outstanding.

“His temperament and technique were top-notch. He countered everything that the opposition threw at him. So, very pleased with the way he has come about.”

Besides, Kohli was also plesed to see the return to form of his Test deputy Ajinkya Rahane. “He is one of our top Test players over the years,” he said.

Kohli endorsed the new ICC rule on concussion substitutes, saying it makes total sense to replace a player in such situations.

On the fourth day of the second Test, the West Indies were forced to name Jermaine Blackwood as the concussion substitute for Darren Bravo.

“Well I think it makes sense. Test cricket is very different because on that day you can play but when you come out the next day it’s a different situation all together,” Kohli said.

“AB (de Villiers) got hit in the IPL this year against Jasprit. The night he played he was fine but the next morning he was dizzy. So, I think it makes total sense in Test cricket because when you wake up the next day you are totally different from what you were on the day when you got hit. That’s what concussion does to you. So I am all for it, it makes total sense,” he added.