Fans all around Melbourne Park and around the country were also roaring with joy as the world No.1 fought back in the second set against big-hitting Danielle Collins 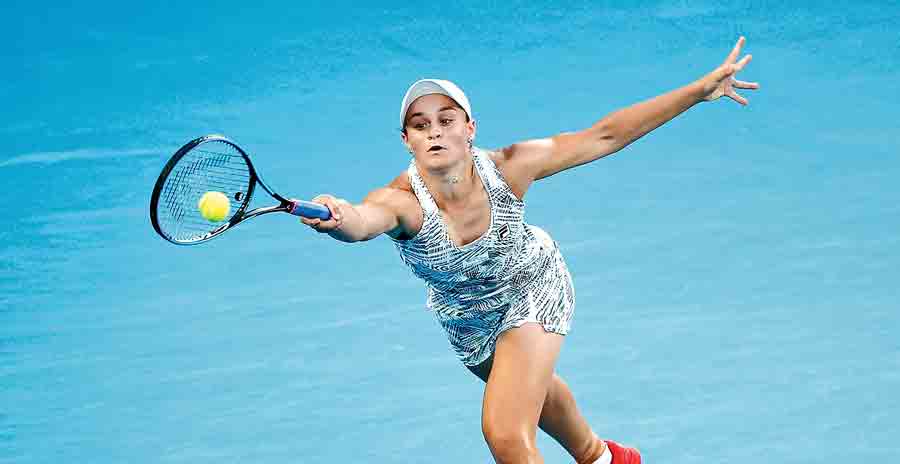 Ash Barty is rarely emotional on court but when she accomplished her dream of winning the Australian Open she tilted her head back and let out an almighty roar.

Fans all around Melbourne Park and around the country were also roaring with joy as the world No.1 fought back from 1-5 down in the second set against big-hitting American Danielle Collins to complete a 6-3, 7-6 (2) win and clinch her third grand slam title.

“It was a little bit surreal,” the 25-year-old said about her celebratory cry of “Yes”.

“I didn’t quite know what to do or what to feel.

Since Barty won her first major at Roland Garros in 2019 and subsequently climbed to the top of the rankings, there has been growing anticipation that she would finally be the one who would end the sports-loving country’s wait for a home-grown tennis champion. “I think the expectation was that I would always come out and give my best, and that’s all I’ve ever done,” she said. “Now to be able to have this part of my dream kind of achieved is amazing.”

Dressed in black for her first grand slam final, Danielle Collins, a bare-knuckle brawler, looked the part as she sought to play the villain and wreck Barty’s party. But in the end it was the home girl who rose to land the knockout punch.

Collins, while thanking her coach and the few people, she said, who had believed in her tennis career, was left in tears.

“Unfortunately it didn’t go my way, but I did everything I could, and that’s all you can do at the end of the day.”

Having brought no specialist coach and filled her player’s box with friends, Collins will exit Melbourne Park with a top 10 ranking and a ton more respect from rivals and tennis fans.

She suggested things might have been different had she not been suffering from a lower back problem.

“That was something that I was dealing with in the whole tournament, so I look forward to playing her (Barty) when I feel 100 per cent,” she said.