If she wins on Saturday, she will become Australia’s third Wimbledon champion in the Open era, after Margaret Court and Goolagong 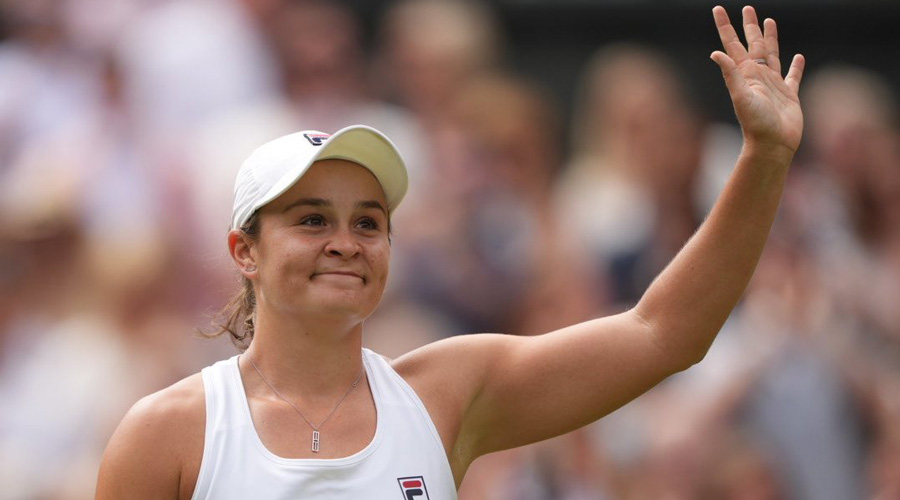 It will be a final between world No.1s — the current and a former one. When Ashley Barty takes on Karolina Pliskova in the Centre Court of Wimbledon on Saturday, there will be a lot at stake for both.

Barty, the women’s world No. 1, is aiming for her first Wimbledon singles title while Pliskova, four years her senior, will be targeting her very first grand slam crown.

Barty is carrying the expectations of a sport-loving nation on her shoulders. It is after 41 long years that Australia has another Wimbledon women’s singles finalist, following in the footsteps of Evonne Goolagong Cawley, who won Wimbledon titles in 1971 and 1980.

Former world number one Karolina Pliskova reached her maiden Wimbledon final after coming back from a set down to beat second seed Aryna Sabalenka of Belarus 5-7 6-4 6-4 on Thursday.
Twitter/@Wimbledon

For Barty the challenge to live up to that expectation is high, since she considers Goolagong her idol and mentor.

If she wins on Saturday, she will become Australia’s third Wimbledon champion in the Open era, after Margaret Court and Goolagong.

Pliskova, who rallied to defeat second seed Aryna Sabalenka 5-7, 6-4, 6-4, in the other semi-final, however will be no pushover.

Both finalists have a strong serve, but the match will be showcasing a contrast in styles and personality as well.

Pliskova, 29, is a six-foot-one from the Czech Republic with relatively flat groundstrokes and a blunt streak who is prone to hiring and firing coaches.

Barty, 25, is a five-foot-five with solid diplomatic skills. She has worked long term with Craig Tyzzer as her coach.

While Pliskova likes to smack her shots quickly off the bounce, Barty relies on heavy spin. She has a whipping forehand, but her signature shot is a one-handed chip backhand that stays low on any surface but is particularly difficult for her opponents to dig out on grass.

That stroke has won Barty many matches, including her only previous encounter against Pliskova in a final — at the 2019 Miami Open, on her way to claiming the year-end No. 1 ranking.