Anju Bobby George takes the leap for women in sport 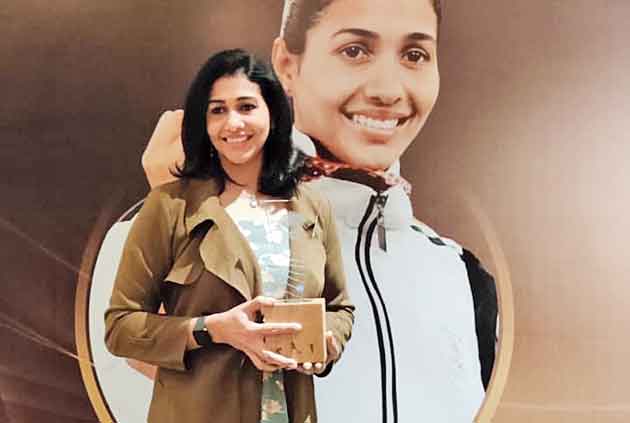 From August 30, 2003 to the present, Anju Bobby George reconstructed herself from being a World Championships bronze medal-winning long jumper to an athletics administrator who has been taking giant leaps to improve the standard of the sport in the country.

Recognition for her work came this month as World Athletics identified her as the Woman of the Year for grooming talent and encouraging young girls in India to take up sports and fight for gender equality. While being happy for that, Anju also seeks to clarify a few points.

“Let me clarify right at the outset that I am not a feminist. I am not one who raises her voice for women’s repression. I do not fight for their rights,” Anju, now a senior vice-president of the Athletics Federation of India, told The Telegraph from Bangalore on Monday.

“My kind of gender equality means I try to empower women so they work successfully in their fields and move ahead to win laurels for their country.

“Till a certain age, I worked for myself, built my athletics career and pursued my passion. But now I try to do my bit for the next generation.”

After a hectic 12 years of being an active athlete, Anju had taken a break for 5-6 years for her family. And then it was payback time to the sport which has given her so much. Hence began the Anju Bobby George Foundation in 2016. The Foundation takes on highly-talented-but-less-fortunate girls and takes care of their training, education and all needs, with the help of the sports ministry and SAI.

“I feared about the work pressure, demand for time, travel, energy, meeting…

“But then I realised that if I step in, I would be able to better raise my voice for girls/women in sport. Hence I came forward — for ourselves, our gender and all athletes,” she continued. “Women face problems which men often don’t understand. That gap can be bridged if women administrators step in.

“I reiterate, I am not a feminist…I stand up for my gender and what I do is my responsibility to the society.”

“My dream is now to get an Olympic medal through my wards,” she concludes.