Ahead of T20 World Cup, worry over IPL laggards 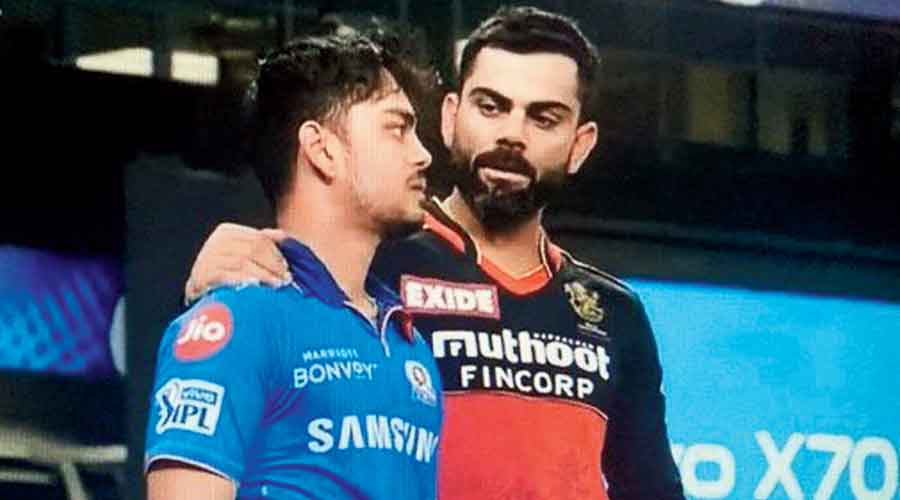 The young wicketkeeper-batsman has been going through a rough patch this season and managed to score only nine before being dismissed by Yuzvendra Chahal during Mumbai’s 54-run loss. Kishan was Mumbai Indians’ highest run scorer and played a big role during their record fifth title triumph last season — 516 runs in 13 innings at an average of 57.33 and strike rate of 145.76.

In eight matches this season, Kishan has only 107 runs at an average of 13.37. The failure of Kishan and other top-order batsmen has been the main reason behind the defending champions slipping to seventh position in the league table.

Captain Rohit Sharma though came out in support of Kishan, saying he “wants to back his natural game”.

It’s not just Mumbai Indians who have been fretting over his lack of runs. Kishan, Suryakumar Yadav and Rahul Chahar had been rewarded for their performance last season and were among the six Mumbai Indians players picked for the T20 World Cup squad.

There’s nothing official but the lack of form of some of India’s World Cup squad members has left the national selectors worried. Even someone as consistent as Suryakumar Yadav has failed to get the momentum going after the IPL resumed last week.

Surya, who has 189 runs from 10 matches at an average of 18.90 so far, has scores of 3, 5 and 8 in the UAE and has hardly shown signs that could instil confidence in the minds of the selectors.

Even Rahul Chahar has hardly been enterprising while the out-of-favour Chahal is out to prove himself in almost every match for RCB.

But what has really left the selectors and team management perturbed is the form and fitness of Hardik Pandya. The flamboyant all-rounder didn’t play in Mumbai Indians’ first two matches and that was blamed on a “niggle”.

Hardik took the field on Sunday but looked completely out of sorts, making 3 off 6 balls. More importantly, he didn’t bowl and that has sent the wrong signals.

Hardik bowled in the white-ball series in Sri Lanka recently and chief selector Chetan Sharma had said after the announcement of the World T20 squad that he would bowl his full quota of overs. Sources have told The Telegraph that if Hardik isn’t fit enough to bowl, the selectors might have to reconsider their decision to include him in the squad.

According to the rules, changes can be made to the 15-member squad within October 10 without clearance from the International Cricket Council. Thereafter, changes to the squad have to be approved by the tournament’s technical committee.

Queries to a Mumbai Indians spokesperson didn’t elicit any response but it is learnt that back injury could have been troubling Hardik. He had undergone a successful surgery for a lower back injury in London in October 2019.