Xiaomi’s emphatic response to the likes of Samsung and Asus

The selfie camera is weak 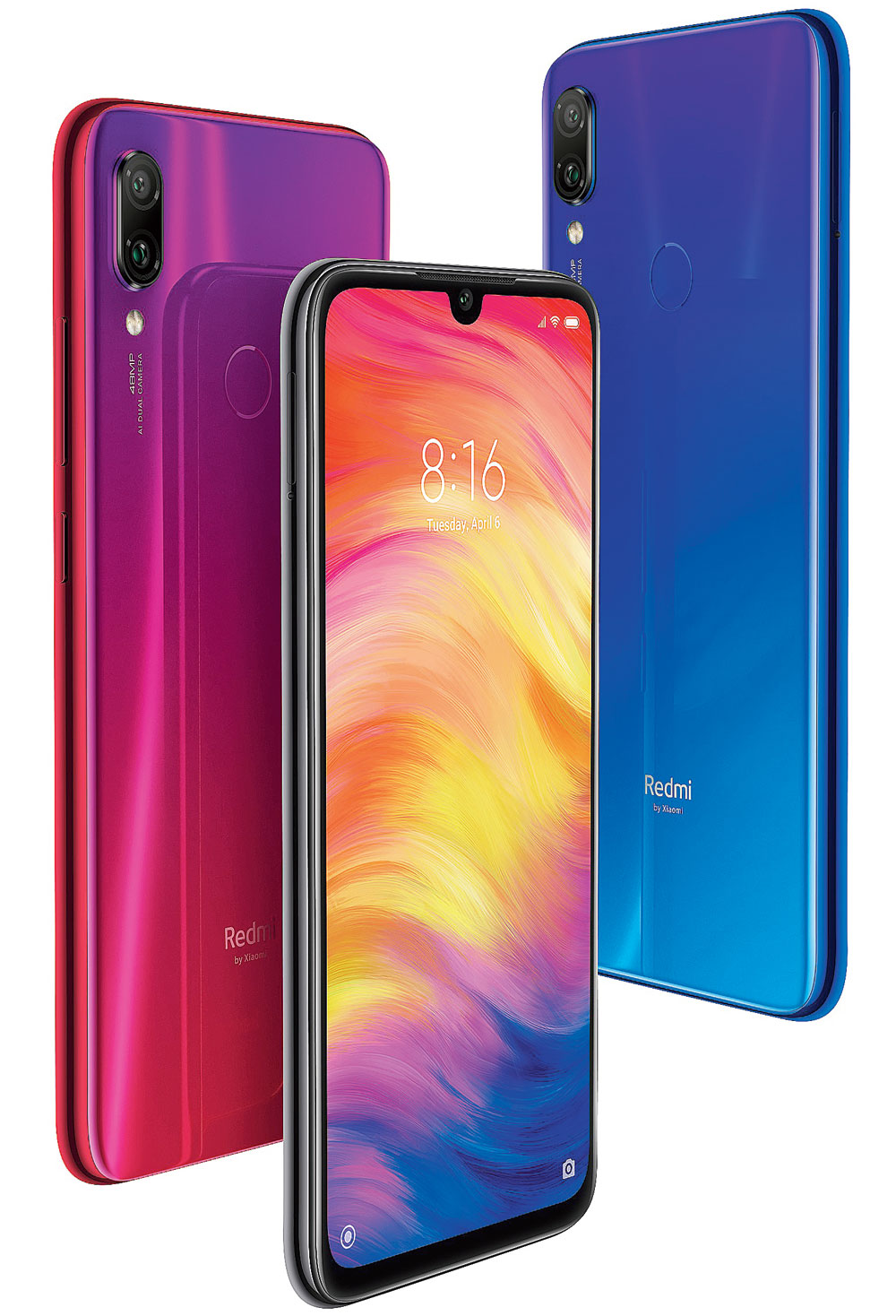 The Redmi Note 7 Pro is Xiaomi’s emphatic response to the likes of Samsung and Asus, both of which have taken the fight to the sub-20k champ in recent times. The latest from Xiaomi sees big gains in the photography, performance and design departments, and the few software complaints are unlikely to come in the way of it beating the already stupendous success of its predecessor.

No more staid Redmi Note Pro design, the Note 7 Pro gets a new Gorilla Glass 5 glass sandwich design with stunning red and blue gradient variants. Type-C and p2i splash-resistant nano-coating are big design wins, as is the improved hand-feel with the premium new design. As with previous Pros, you get impressive hardware for the price — a Snapdragon 675 chipset with 4GB or 6GB of RAM — with the requisite amount of grunt to keep up with your daily demands, and the chip and MIUI optimisations mean that the 4,000mAh battery last you well past a full day of use. The biggest leap by far is in the imaging department. With the new 48MP Sony IMX586 rear-camera sensor, the Note 7 Pro redefines what you can come to expect from mobile photography in this segment. With a clever technique called pixel binning that combines four connected pixels, the sensor turns out richer, cleaner and brighter 12MP images — perfect for trickily-lit shots for low-light scenarios.

Spec nerds will note that graphics performance on the Adreno 612 GPU mated to the 675 is slightly lower than the graphics on Snapdragon 710-toting smartphones. Support for the newer Quick Charge 4.0 fast-charging standard is a segment first, but there’s no QC4 charger in the box. The display is pleasing and bright, but the slightly pricier Samsung M30’s is simply a class above. Liberal sprinkling of ads will not be to everyone’s taste. The selfie camera is weak. 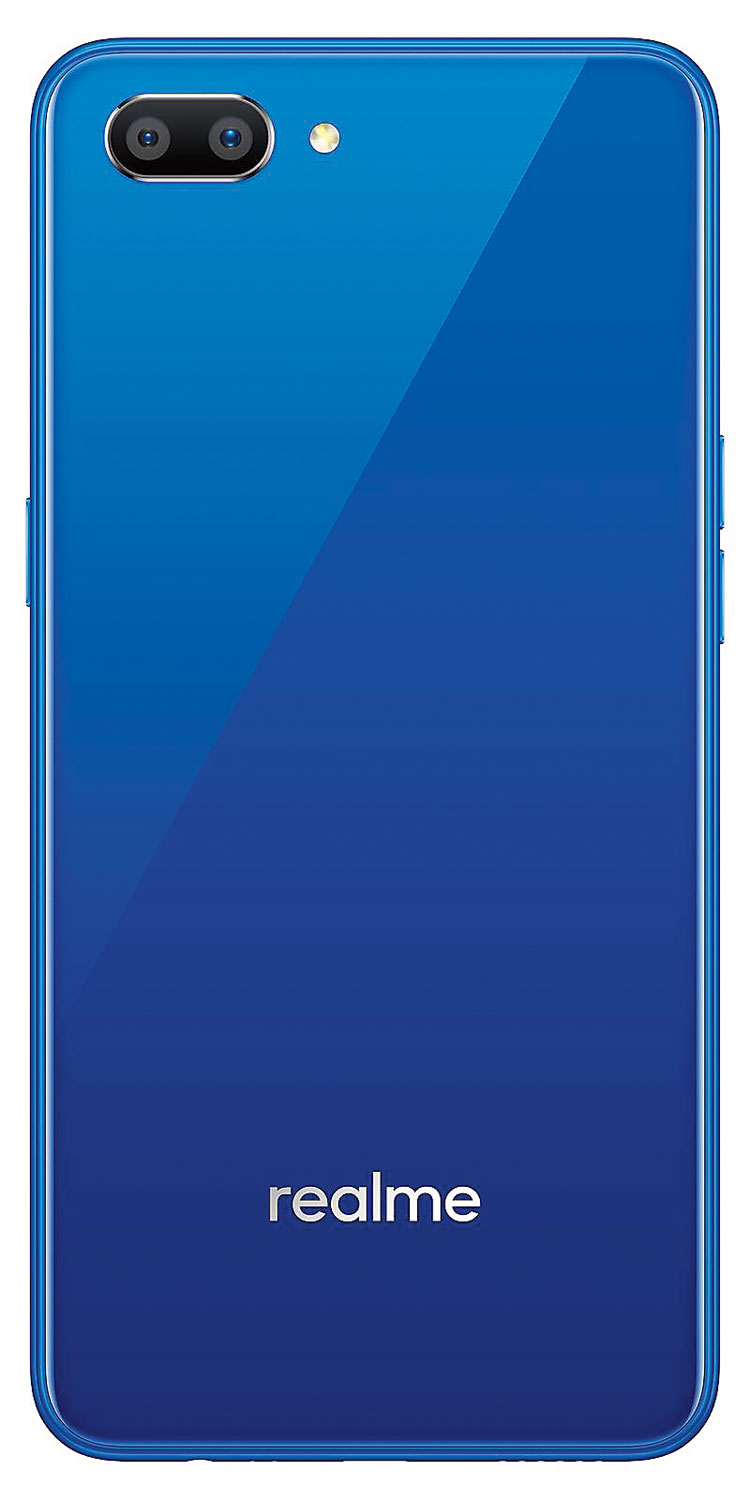 Realme has launched a formidable charge at Xiaomi in the budget segment, and the new 2GB+32GB and 3GB+32GB variants of the C1 have the Redmi 6A in their crosshairs. Building on the solid foundations of the Realme 2, the C1 2019 offers a whole lot for not a lot of money.

An entry-level smartphone that doesn’t look like a bunch of design compromises? Yep, that’s the C1, which packs in an edge-to-edge display and a glossy rear panel that looks slick. The big plus with that display is the sheer size, which at 6.2 inches with a notch and a reasonably slim chin, gives you large screen real estate for the price. The hardware, a Snapdragon 450 with 2GB or 3GB of RAM, is about par for the segment, and for daily tasks you get lag-free performance. Not the snappiest of smartphones, but not shabby either. The cameras capture a good amount of detail in good light, but noise levels go up in low light.

The ColorOS skin on top of Android 8.1 is feature-rich but feels a little bloated to use and may slow down over time. There’s face unlock, but no fingerprint sensor. The battery life is good with the power-sipping display and chip, but charging times are really, really slow. 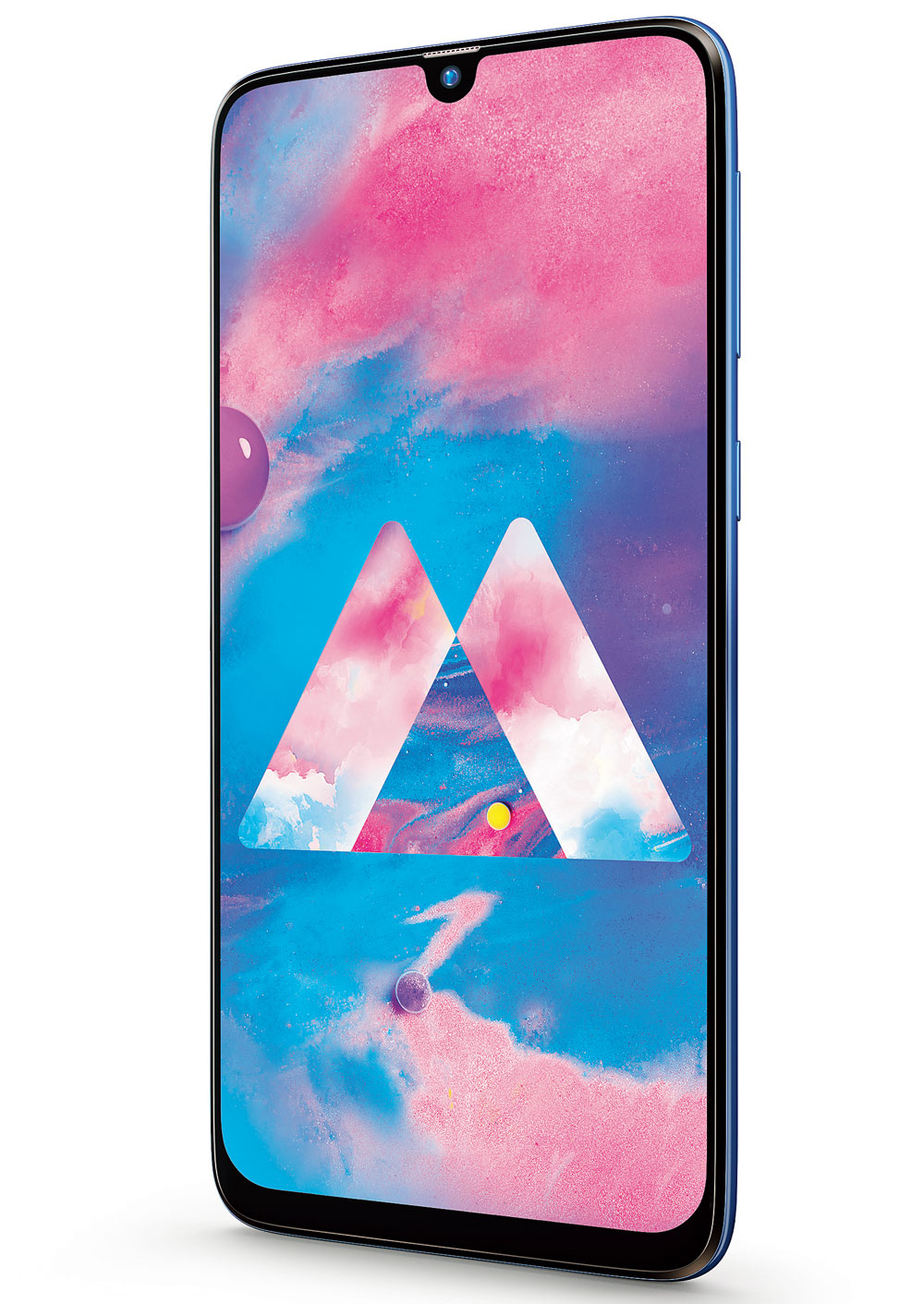 Samsung’s M series has already gone hammer-and-tongs at the sub-10K and sub-15K segments with the M10 and the M20, and now the M30 takes that aggression a rung up the price ladder. It checks the boxes on display, camera and battery and rounds out Samsung’s resurgent new budget portfolio.

If you liked the M10 and the M20, you’ll love the teardrop notch design on the Infinity-U display, but the 6.4-inch Super AMOLED display is the real highlight on this baby. This is the best display, by some margin, on a sub-20K phone — the colours are punchy, brightness levels are high, and it’s a downright joy to consume content on this screen. The triple camera setup does not disappoint, with the good details in everyday shots and portrait photos, plus the 5MP ultra-wide-angle sensor allows for unique perspectives that are best reserved for landscapes/ cityscapes. The life of the 5,000mAh battery is spectacular and goes easily into the two-day territory.

Doesn’t run the latest OneUI with Android Pie that we’ve seen on the A30, instead Samsung has opted for the older Experience 9.5 UI atop Android 8.1 Oreo. The internals match the M20, which means that in day-to-day tasks the phone doesn’t lag or stutter during multitasking. That said, the Note 7 Pro from Xiaomi easily outpaces the M30’s respectable but decidedly average performance. Low-light performance is average. 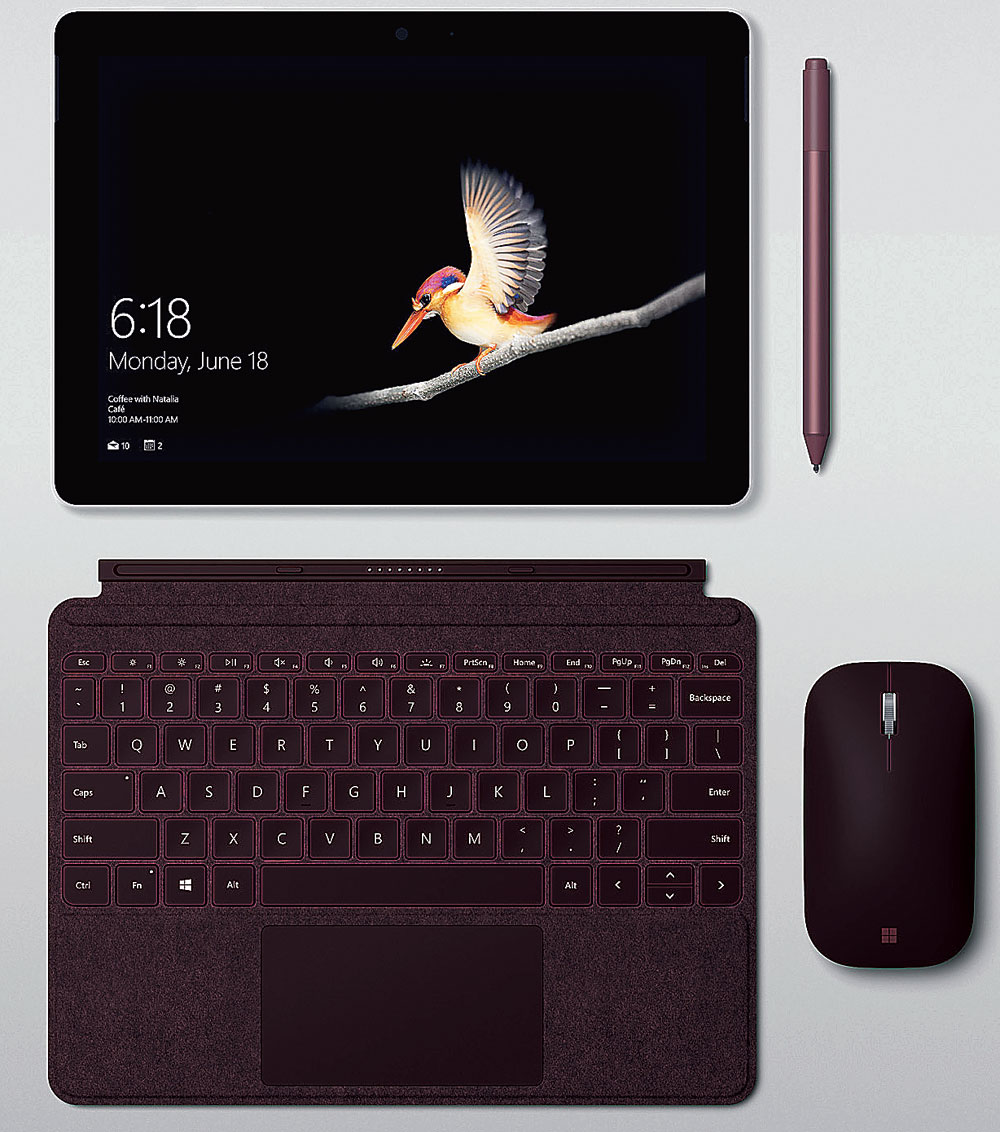 Microsoft’s Surface Portfolio has always tempted the Windows faithful with their gorgeous design and hardware-software integration, but few have bit the bait thanks to the prohibitive pricing. That changes with the Surface Go, which brings in the much-needed element of affordability to the lineup.

There’s the iconic and now all-too-familiar kickstand, which goes all the way to 165-degrees, allowing a range of angles of use. Pair what seems to be a regular 10-inch Windows tablet with the optional but highly recommended magnetic keyboard cover

(Rs 8,699) and see the Go transform into a highly usable Windows device. The keys are comfortably large and the trackpad is responsive, both of which lend themselves well to browsing, casual gaming and heavy notetaking. Speaking of which, you could throw in the optional magnetically-attaching Surface Pen if see yourself using the extra drawing capabilities.

Chunky bezel and proprietary charging port are let downs. Powering the Go is an Intel Pentium Gold Processor 4415Y, which handles daily content creation and media consumption duties just fine, so long as you don’t push it with heavy photo editing (video editing a strict no-no) or gaming. It’s great for folks who need to use Windows, though you need to remember that the Go ships with Windows 10 in its limited-to-Windows-Store ‘S’ mode, which is a tad restrictive for most folks looking to instal their frequently-used ‘.exe’ programmes. If you’re platform-agnostic, the iPads are miles ahead in terms of performance.