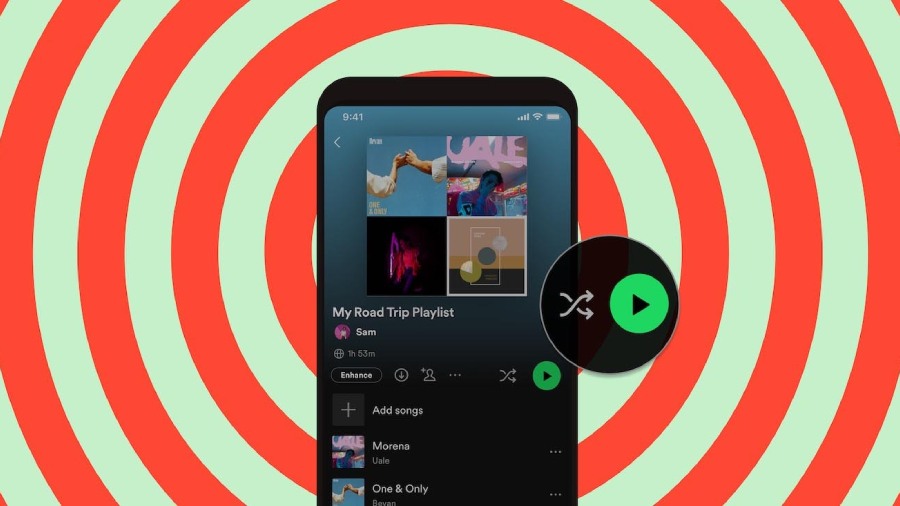 Listening to music on Spotify will become easier for premium users. The music and podcast streaming service is separating its play and shuffle buttons so that users are in control over how they listen to music. The roll out of individual buttons for the two functions will replace the combined play / shuffle button that’s currently at the top of playlists and artist pages.

“This new change will allow you to choose the mode you prefer at the top of playlists and albums and listen the way you want to. Whether you love the joy of the unexpected with Shuffle mode, or prefer listening to tunes in order by simply pressing Play, Spotify has you covered,” the company has announced on the official blog.

In the past, artistes have complained about the shuffle function. Many artistes want their albums to be heard in a certain order but that has been difficult to achieve. “We don’t create albums with so much care and thought into our track listing for no reason,” Adele tweeted last year.

Adele’s comment made Spotify display the standard play button by default on album pages instead of the play/shuffle combo. After the change, Spotify Premium customers will see individual buttons throughout the app. “From the moment you hit play on Spotify, you decide the way you want to hear your favorite playlists or that new album you’re obsessed with,” the company announced.

The update will be available on Android and iOS devices “in the coming weeks”.