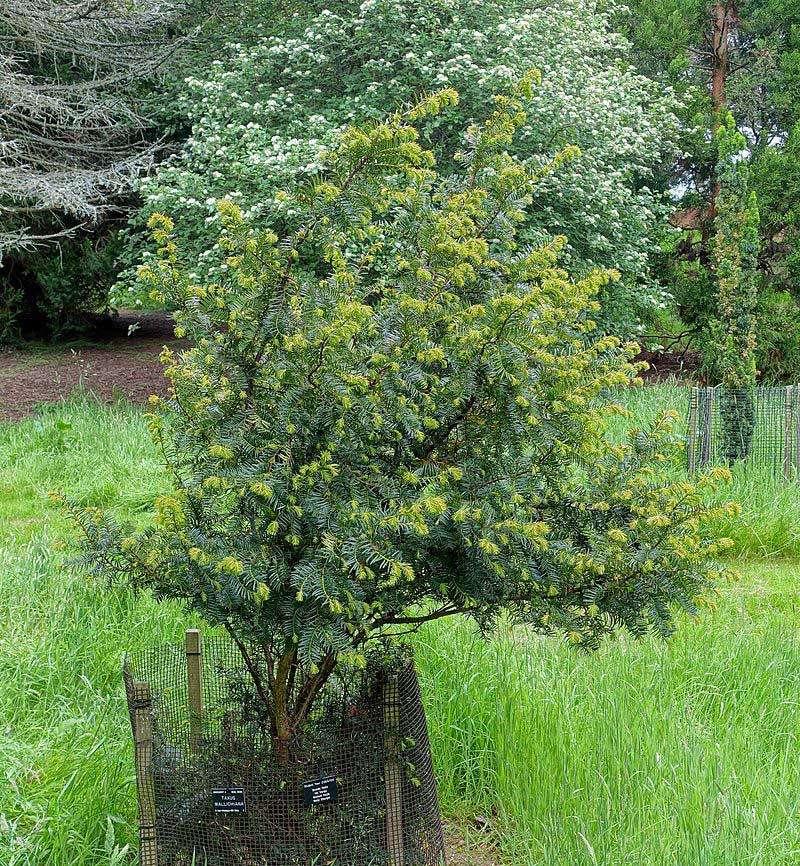 The study’s findings add climate change to the list of potential threats the Himalayan yew (in picture) faces, the IIRS scientists said, calling for research efforts on the regeneration of the tree to lower the burden on wild populations of the species.
(Wikimedia Commons)
G.S. Mudur   |   New Delhi   |   Published 19.03.19, 05:34 AM

Mountain land suitable for the tree called the Himalayan yew across South and Southeast Asia is likely to shrink by about 30 per cent under climate change, scientists at the Indian Institute of Remote Sensing said in a research study.

The study by scientists at the IIRS, Dehradun, a research centre under the Indian Space Research Organisation, is among the first assessments of the likely impacts of climate change on the Himalayan yew, a tree known for taxol, a powerful anti-cancer drug.

The International Union for Conservation of Nature had in a 2011 report cautioned that the Indian Himalayan region had already lost nearly 90 per cent of its population, mainly through a combination of over-exploitation and deforestation in line with a decline worldwide.

The Himalayan yew, or Taxus walliachiana, is a drought-sensitive tree that grows under abundant rainfall and cold temperatures in mountainous terrain. It is found in the Himalayan regions of India, Nepal and Bhutan, in the provinces of Sichuan, Guizhou and Xizang in China, and in Myanmar, Laos and Vietnam, among other Southeast Asian countries.

At the IIRS, ecologist Arijit Roy and his colleagues used available climate data from 1960 to 1990 and used computer simulations to quantitatively forecast the impact of future climate scenarios on the “climatic niche”, or the land suitable for the Himalayan yew.

Overall, the study indicated that the climate niche could reduce by 28-31 per cent under different warming scenarios. Their results also point to an upward shift in the distribution of the Himalayan yew towards higher elevations.

“A steady shift in the climatic niche towards the Tibetan plateau is consistent under each climate change scenario,” the scientists wrote in their study. The other team members were Pooja Rathore, a research scholar, and Harish Karnatak, a computer scientist.

The scientists say the predicted loss in the climatic niche could be explained through the warming of lower elevations and the impact of rising temperatures, extreme rainfall events or droughts on the physiology of the tree.

The study’s findings add climate change to the list of potential threats the Himalayan yew faces, the IIRS scientists said, calling for research efforts on the regeneration of the tree to lower the burden on wild populations of the species.