Scientists identify a single antibody that may fight all Covid strains 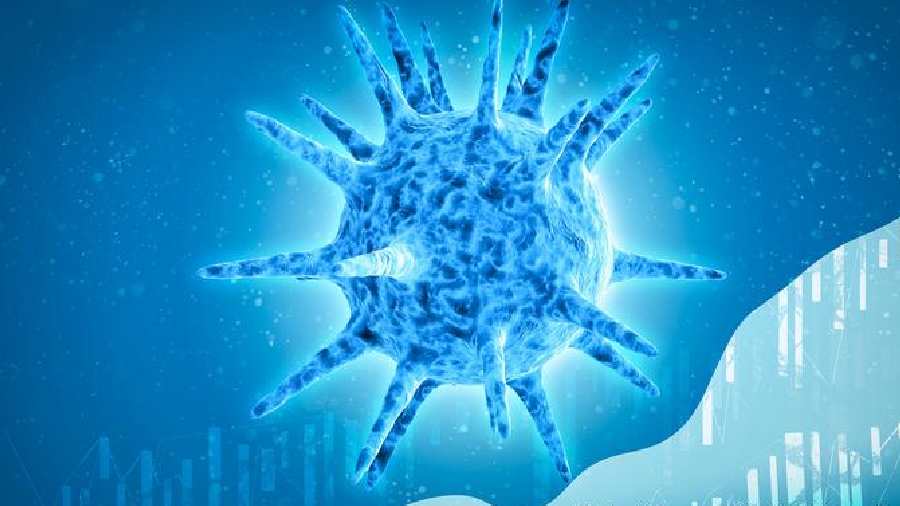 A new antibody could help develop COVID vaccines that protect against all variants of the virus
Deutsche Welle
Deutsche Welle   |   Published 15.09.22, 04:27 PM

While we have developed vaccines that provide a level of protection against SARS-CoV-2, the virus that leads to COVID-19, more recent strains such as omicron have proved harder to stop.

The virus is still spreading and infecting people, even among people who are vaccinated and boosted.

The first generation of vaccines helped us produce antibodies that fought off infection, or reduced the severity of infection. But those antibodies are less effective against newer, omicron subvariants.

Our immune systems produce antibodies naturally when they identify a virus in the body.

Vaccines can help us produce them, too, for example, by replicating parts of a virus that alert our immune systems to danger, such as the spike protein on a coronavirus.

But as we've seen, COVID can dodge that line of defense. So, scientists are looking for new antibodies that are more effective against COVID.

And scientists at Boston Children's Hospital in the US state of Massachusetts say they have discovered an antibody that may be able to fight all COVID strains and variants.

That could be useful for monoclonal antibody therapies, as treatments for people who are infected with COVID and perhaps later in the development of new vaccines.

The scientists have published their findings in the journal Science Immunology .

Searching for antibodies with a 'humanized' mouse

The scientists used a "humanized" mouse model to search for new antibodies.

Humanized mouse models are also used to search for antibodies in HIV research.

The mice are "humanized" by injecting them with a solution that contains human gene segments, which cause their immune systems to work like ours do — and produce human-like antibodies. That is the theory.

After "humanizing" the mice, the scientists exposed them to COVID.

The mouse immune systems produced antibodies in response to the virus, and the scientists measured those immune responses to see how effectively they protected against, or fought off, different COVID variants.

They were surprised to discover that one of the antibodies produced in the mice models was able to neutralize (that is, stop) all known COVID strains — alpha, beta, gamma, delta and all subvariants of omicron, including BA.5.

Monoclonal therapies have been tried in hospital settings against COVID, but they have been ineffective against newer omicron subvariants.

And the same applies to vaccines. The European Medicines Agency has approved two vaccines against omicron, but none that could be effective against subvariants, such as BA.4 and BA.5.

COVID gets into our bodies by attaching, or binding, to a part of our cells called the ACE2 receptor. That is usually the first step in the chain of infection.

Antibodies aim to block or stop that from happening.

But the new antibody, known as SP1-77, is different from other antibodies in that it stops a later step in infection — a point at which the virus "fuses" with cell membranes.

"SP1-77 binds the spike protein at a site that so far has not been mutated in any variant," said Dr. Tom Kirchhausen, one of the study authors, in a statement. "These properties may contribute to its broad and potent activity."

The team of scientists said they had sought patents for the mouse model and SP1-77 to develop a vaccine.

Thomas Boehm, director of Germany's Max Planck Institute of Immunobiology and Epigenetics, called the paper a "great piece of work" in an interview with DW.

"[The research] employs a clever screening strategy, allowing them to identify an utterly useful antibody," said Boehm, who was not involved in the research.

Neil Mabbott, an immunology professor at the University of Edinburgh, who also was not involved in the research, said the results of the study were promising, but that more research is required.

"More experiments are now needed to determine whether this monoclonal antibody can neutralize or kill different SARS-CoV-2 coronavirus variants and importantly, whether they also protect animals or humans against infection," Mabbott told DW.