All you need to know about the Apple event

An iPhone price cut was a surprise, and Apple has jumped on the gaming wagon 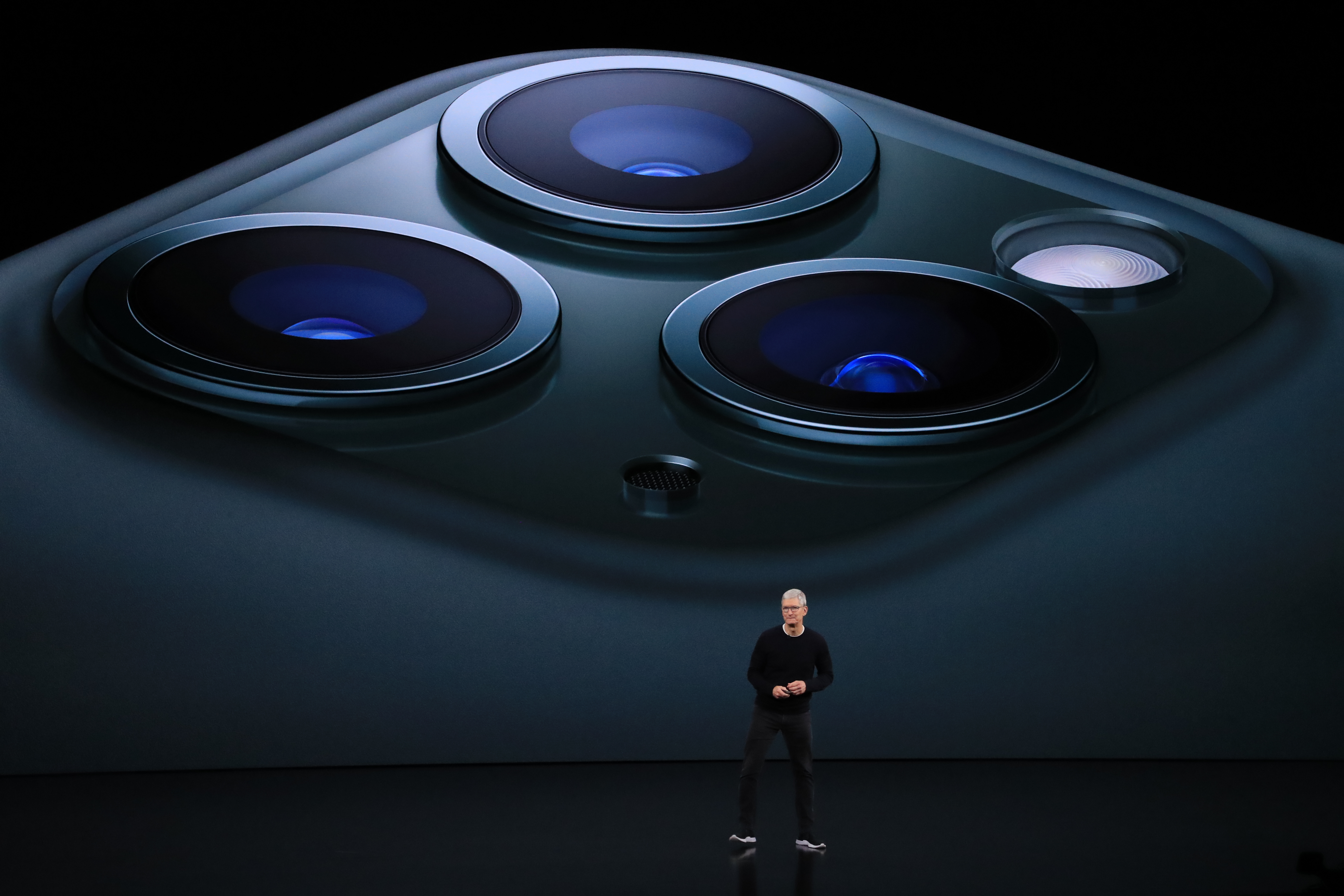 Apple’s product launches have long been full of surprises, but rarely has a price cut been among them.

On Tuesday, in a sign that Apple is paying attention to consumers who aren’t racing to buy more expensive phones, the company said the iPhone 11, its entry-level phone, would start at $700, compared with $750 for the comparable model last year.

Apple kept the starting prices of its more advanced models, the iPhone 11 Pro and iPhone 11 Pro Max, at $1,000 and $1,100. The company unveiled the new phones at a 90-minute press event at its Silicon Valley campus.

The cost cut on the iPhone 11 was unexpected because Apple had been raising prices each year as a way to keep revenues afloat while iPhone sales fell. But Apple might have hit the ceiling this past year. Sales of the two models that began at $1,000 or more lagged expectations, causing the company to cut revenue estimates and eventually slash prices in China to increase demand.

Analysts say that one issue with the rising prices has been that new iPhone features haven’t kept up. As a result, many people are holding onto their phones longer. The falling price suggests Apple sees that trend and is trying to entice more people to upgrade.

Apple said it would also still sell older models for even less. The iPhone 8 now costs $450 and the iPhone XR now costs $600.

The new Apple iPad during the hands-on portion of Apple's annual product launch event in Cupertino.
The New York Times

Here’s what that means: The new ultrawide lens take photos with a wider field of view than traditional phone cameras, which makes it handy for shooting landscapes or large group gatherings. Samsung’s Galaxy S10, which was released this year, also includes an ultrawide angle lens.

The second lens on the entry-level iPhone will also make the camera more capable of shooting photos in portrait mode, which puts the picture’s main subject in sharp focus while softly blurring the background.

Last year’s iPhone XR had a single lens and was capable of shooting portrait photos of only human subjects. The second lens in the new entry-level iPhone will let you take portrait shots of non-human subjects like food, animals and plants.

On the high-end iPhones, the triple-lens system lets users zoom in closer on their subjects. Apple also said it had added a night mode for shooting photos in low light. By default, when users shoot photos in the dark, the camera will automatically make photos look better lit.

With its focus on camera tech, Apple is playing catch-up with Google. Google’s Pixel smartphones focus on camera innovations including Night Sight, a popular feature for shooting photos in low light, which led critics to conclude that the search giant had used its prowess in artificial intelligence to surpass Apple in camera tech.

At last, Apple’s original television shows have a premiere date and price point. The company’s chief executive, Tim Cook, announced that Apple would begin rolling out original shows and movies on Nov. 1 for $5 per month.

Apple TV Plus, which will be the home of all of Apple’s original content, will be free for a year to users who buy a company product like a new iPhone or a laptop.

Apple announced that on Nov. 1, it would feature a lineup of adult dramas, comedies, children’s programs and documentaries. Those series include four shows the company has released trailers for, including “The Morning Show,” starring Jennifer Aniston, Reese Witherspoon and Steve Carrell; “Dickinson,” a comedy starring Hailee Steinfeld and Jane Krakowski; “See,” an epic drama starring Jason Momoa; and “For All Mankind,” a space drama. The launch will also feature other programs, including Oprah Winfrey’s new book club, a Peanuts series called “Snoopy in Space” and a documentary that Apple bought the rights to last year called “The Elephant Queen.”

By year’s end, Apple will have six subscription services, from news to TV to music. Customers who wanted all of them would pay up to $55 a month.

The launch date puts Apple in the thick of the so-called streaming wars, which have consumed Hollywood. Disney is rolling out its new streaming service, Disney Plus, on Nov. 12. AT&T’s Warner Media, the home of HBO, Warner Bros. and the DC comic universe, will introduce its own streaming service next year, and will announce new details for it on Oct. 29.

The monthly price makes it cheaper than Disney’s service, which will be $7 a month, and well below Netflix, which is $13 per month.

But questions linger: How will Apple market these programs in the coming months? Which shows will be introduced from the get-go? And will Apple drop all episodes of new series at once like Netflix does, or will it roll them out once a week?

The company introduced a new version of its entry-level iPad, which costs $330. The new model includes a 10.2-inch screen, up from 9.7 inches. Unlike the previous model, the new tablet is compatible with Apple’s Smart Keyboard. (Previous iPads worked only with third-party keyboards.)

The updated iPad is unremarkable compared with Apple’s high-end iPad Pros, which include sharper screens and infrared face recognition and work with a more advanced Apple stylus. However, the entry-level iPad is Apple’s bestselling tablet, and its investment in the entry-level model shows the company’s commitment to the category even though its sales have slowed down.

Apple has rebranded its iPhone line to make the iPhone 11 its entry-level option, while adding a “Pro” label to its more expensive models.

The move is a departure from Apple’s previous marketing strategy, which gave the cheapest phone a different label that branded it as the discounted model. (It still started at $750.) The iPhone XR became Apple’s bestselling iPhone, while its more expensive models struggled in some markets. Those lagging sales caused Apple to cut revenue estimates earlier this year.

The iPhone XR also likely outperformed its costlier cousins in part because tech reviewers considered it to be about as good as the flagship iPhone — for 25% less. Apple has long been in a bind on pricing and developing its line of iPhones, aiming to make the least expensive devices still worth paying hundreds of dollars for without undercutting the pricier models.

The rebranding suggests Apple is embracing the lowest-priced iPhone as the device most people will use, while marketing the “Pro” devices for the higher end of the market. The company has done the same with its iPads, also labeling its most advanced tablets the iPad Pro.

The gaming service, Apple Arcade, will be $5 a month

Apple announced it was getting into gaming earlier this year. Now we know how much its subscription will cost: $5 a month.

The company said its gaming service, Apple Arcade, would be available starting September 19 in more than 150 countries. The service will give users access to more than 100 games that aren’t available elsewhere. The games can be played on iPhones, iPads, Macs and on Apple TV.

Apple showed off several of the games on Tuesday, including an undersea-exploration game from the Japanese game maker Capcom and an updated version of the arcade classic Frogger.

Apple Arcade is part of a larger strategy by the company to create a steady, more predictable revenue stream from services as sales of iPhones continue to slide. Apple has also added subscription services for news, music and streaming video.

Apple spent hundreds of millions of dollars to fund the development of new games for Apple Arcade, The Financial Times reported in April. Analysts expect gaming could become a major moneymaker for Apple within the next several years. HSBC analysts forecast its revenues to reach $2.7 billion by 2022, outpacing the company’s news and video subscription services.

The Apple Watch Series 5 with compass displayed during the hands-on portion of Apple's annual product launch event in Cupertino.
The New York Times

Apple detailed the Apple Watch Series 5. The watch’s most noteworthy new feature is its so-called always-on display. In previous models, the screen would turn on when you tilted your wrist to check the time.

The new watch uses a display technology (previously seen in Samsung phones) to keep some pixels activated just to show the time, consuming little power. The screen becomes fully illuminated when you tilt your wrist. Other updates to the watch, including a built-in compass, were minor. The watch starts at $400, the same price as the last model. It will be available on Sept. 20.